"Market for frozen fruit at a standstill" 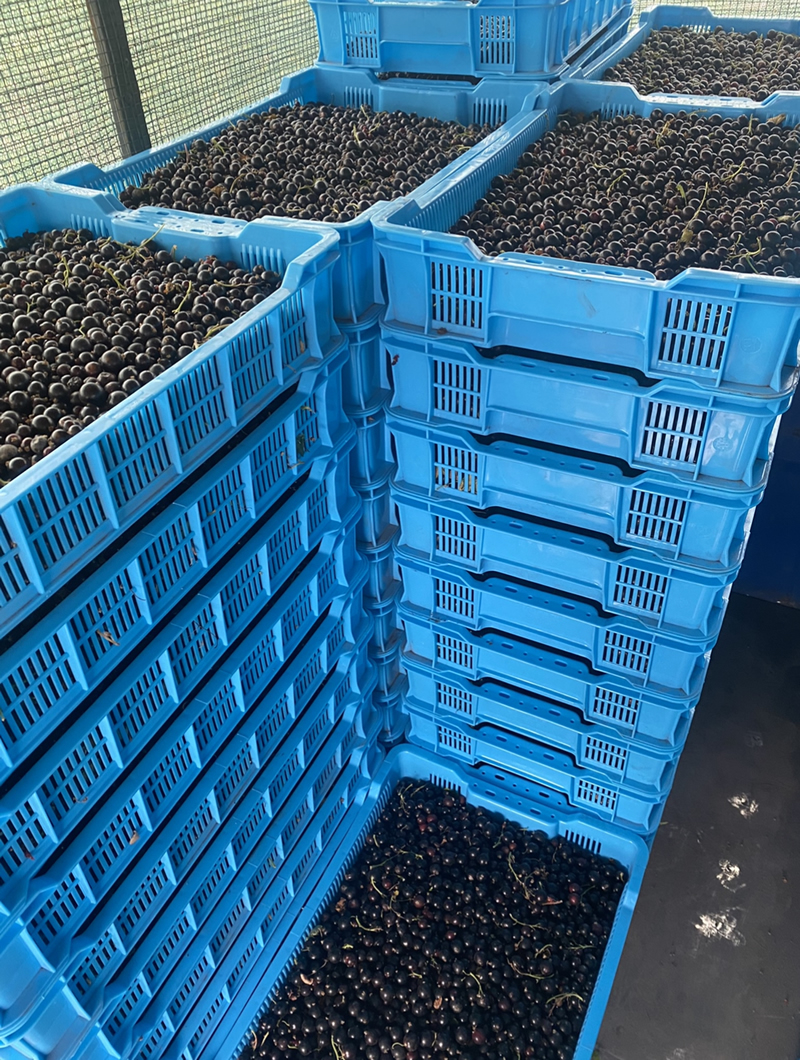 Fruit frozen properly within two days of harvesting often retains more vitamins than week-old fresh fruit. The frozen fruit industry is not yet highly developed in Moldova but the ample supply of fresh fruit has enticed some companies to purchase suitable machines and freeze large volumes of fruit, mainly for export.

"Before the pandemic, the market was stable. After that, however, especially this year, prices have become erratic, and the big retailers and processing companies are currently waiting to see what happens. We're a bit at our wit's end," says Julia Tymoshenko of frozen fruit company Tiferet. 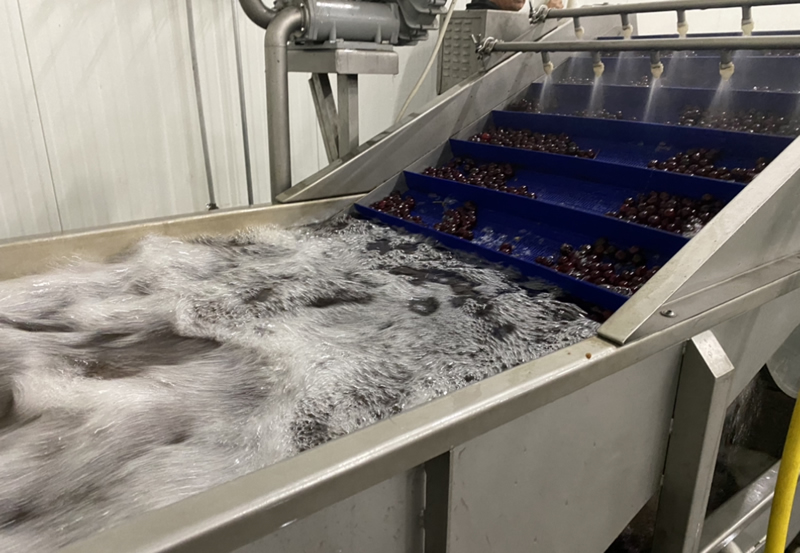 Tiferet freezes its fruit statically
"We freeze the products for 12-24 hours at -35 degrees Celsius. You get a similar result as with Individual Quick Frozen in tunnels. Some fruits, like raspberries, even look better after static freezing (with less berry breakages). We can freeze 40 tons per day. Our season usually begins in late May and ends in October, but this year's harvest was shorter due to the weather. So we froze more than 1,000 tons of fruit in one month and barely 200 tons outside of that. This year's limited volumes, of course, also have to do with the high electricity price. We had to make choices." 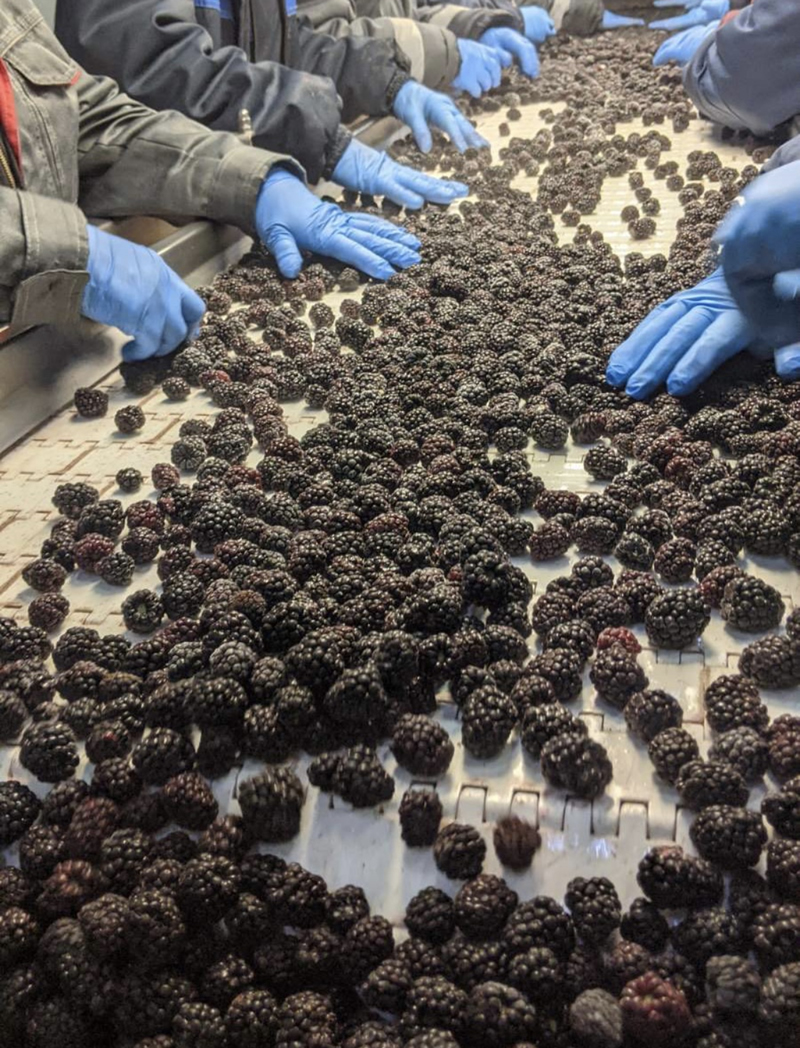 Summers are busy
Strawberries kick the season off. "We pick them with a point or two higher Brix value than for selling on the fresh market. The strawberries must be completely red, with no green bits showing. We use the Marmalade variety; these usually also fetch the best price. In the summer, we normally market about 500 tons of frozen fruit, so two or three loads per week. Summer is the busiest period because we carry out four activities simultaneously: pre-cooling, freezing, storing, and selling," Julia continues. 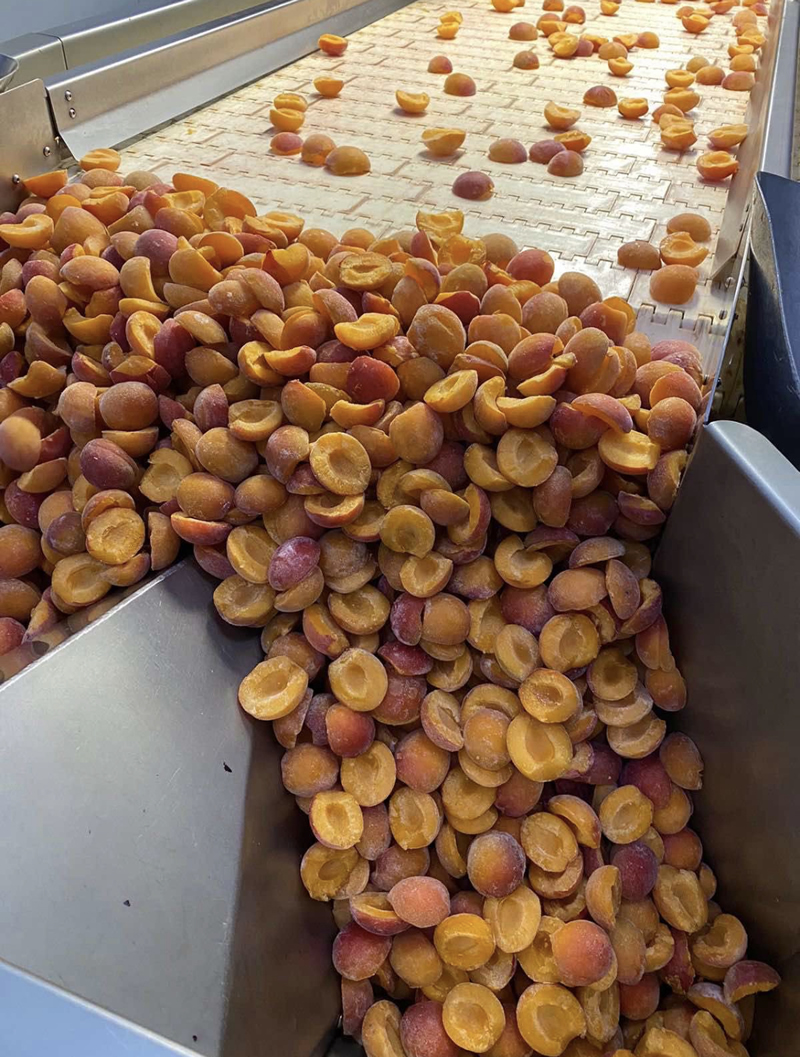 Tiferet focuses its sales on the [Western] European market. "Our very first shipment went to Austria. Russia's export ban doesn't include our products, but we don't currently send any goods there. In 2018, we entered into a great partnership in Russia with a huge Polish company's subsidiary, and we still have close contact, even if exports are at a standstill." 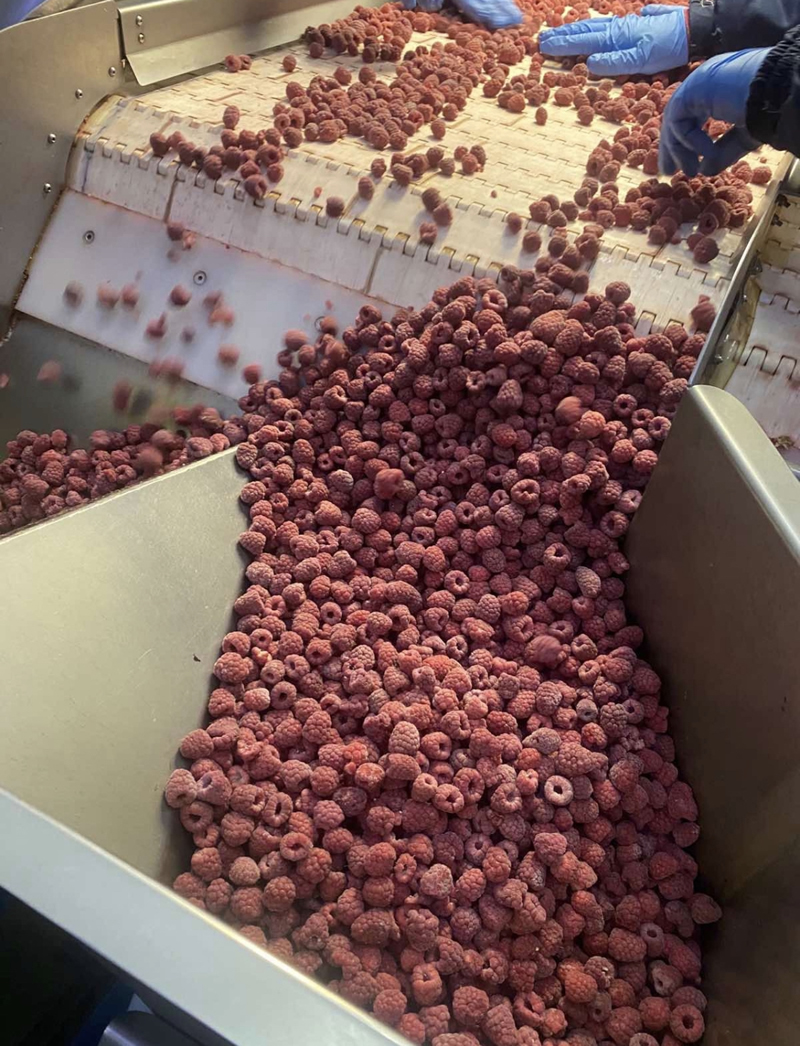 Expensive raw materials
Julia explains that last year, just about all fruit purchasing prices almost doubled. "And this year, it's even higher. Raspberries were particularly expensive. That's partly due to speculation and partly to the bad weather conditions in several parts of Europe. Certain frozen food companies did well with the high prices last year and are trying to maintain the same prices this year, which isn't immediately successful," explains Julia.

Last year it was partly caused by speculation and partly due to the bad weather conditions in several parts of Europe and this year the rise in prices continued with a general increase in prices for fuel, energy carriers, wages, materials for processing/packaging, etc.," explains Julia.

"High gas prices have already caused more than one processing plant to shut down its machines - including a good Slovak customer of ours who produces jam - and inflation in Europe is making consumers wary. Frozen food companies usually try to know what Serbia's prices are doing. That country has large stored volumes and somewhat determines the market situation." 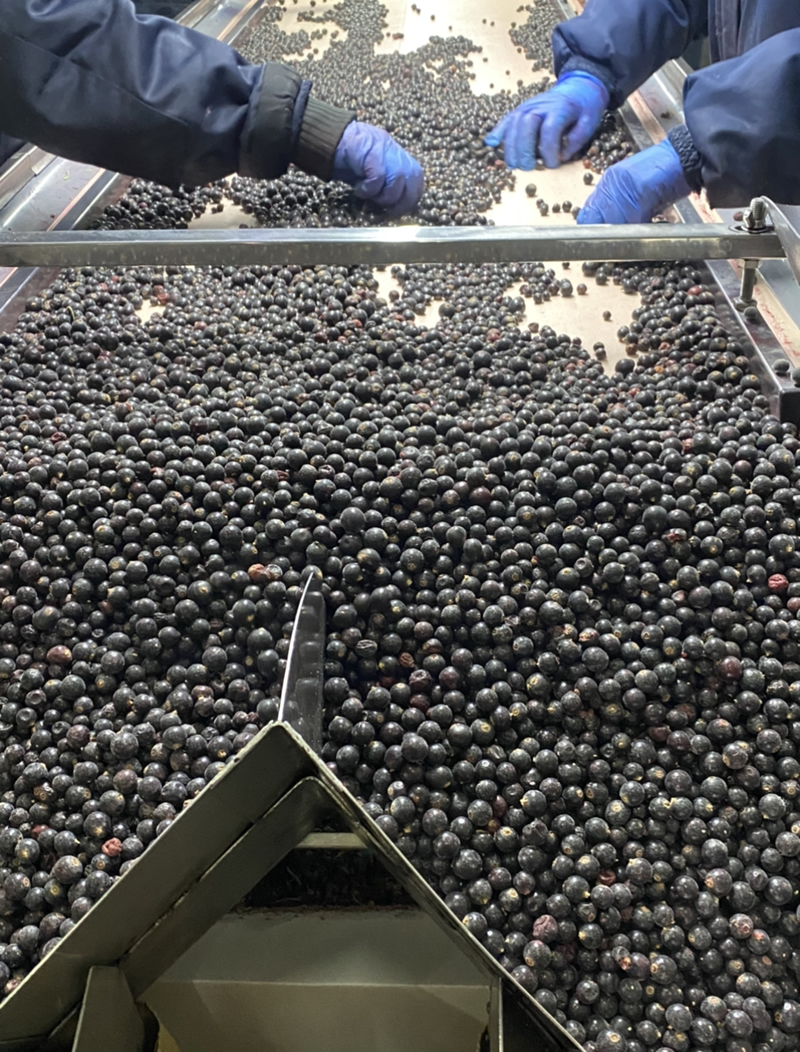 Market at a standstill
This year, however, Ukraine entirely upended the market, even bringing it to a halt, Julia explains. "Ukraine usually enters the frozen fruits market a little later than Moldova with large volumes because it has mostly remontant varieties. We paid a lot for our raw materials. In the case of raspberries, on average €3.5. Plus, the forecast we'd made early in the year, based on the market situation and conversations with clients, pointed to frozen produce selling for €5+," she says.

"Nobody expected much from Ukraine this year because of the war, but they had a normal harvest. And because they needed money, growers sold their fruit cheaper than usual. Serbia's first offers of frozen raspberry were above €5, but Ukraine goes well below that, at €3.50 for same quality. That's a huge difference. Some traders buy from Ukraine, but others don't. They're waiting for other countries to also drop their prices. That's tough, however, when you've bought your raw material at high prices. We're, thus, not doing much trade, only sending one load a week." 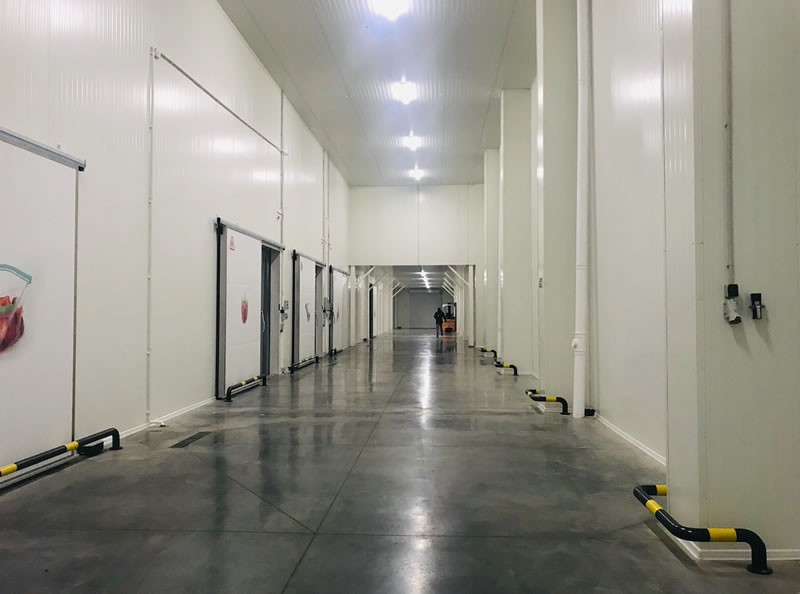 "But, you know, the beauty of it is that everyone in the chain keeps each other in the loop regarding market developments and opportunities. Even competitors are helping each other. It's weird, but it happens; a competitor finding a buyer for you. Still, things don't look promising for the coming weeks and months. Serbia isn't dropping much its prices for now, and then the question naturally arises: How much more are people willing to pay for fruit or its derivatives this winter?" Julia concludes somewhat worriedly. 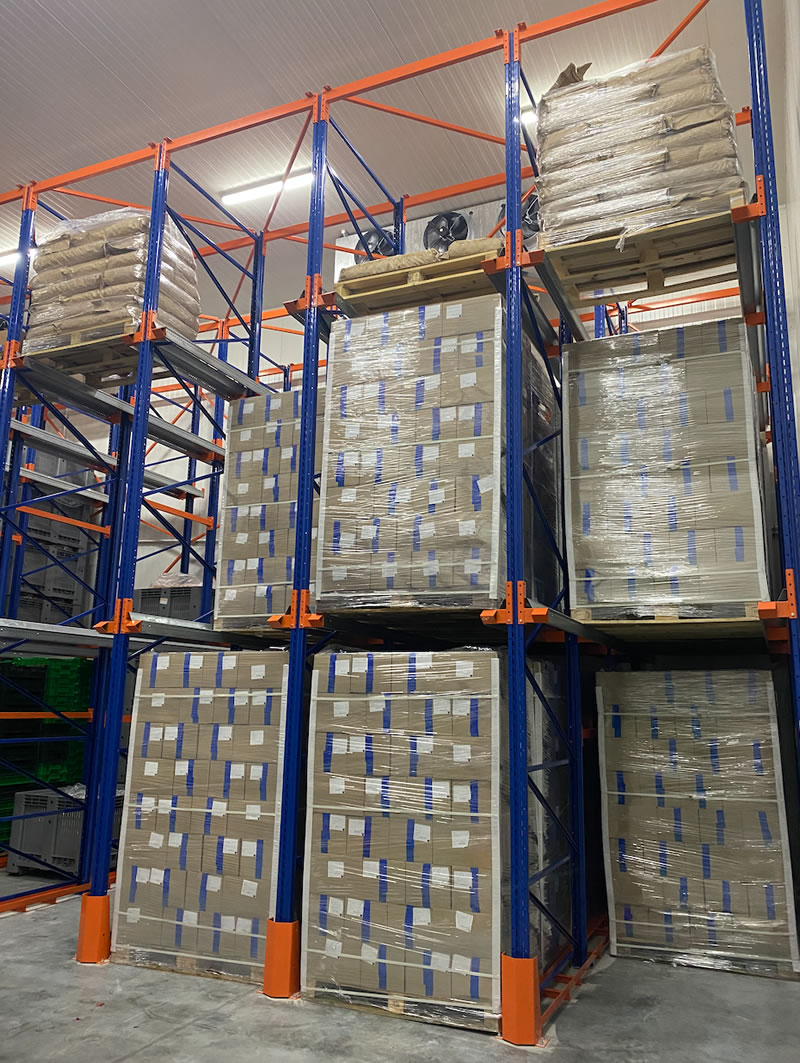 Tiferet is a frozen fruit company in the Causeni region in southeast Moldova. It began in 2014 as a cultivation company growing plums, apricots, sour cherry and black currants. In 2017, it evolved into a frozen strawberry, raspberry, blackberry, apricot, plum and sea buckthorn producer. Two Italian companies developed the plan of the factory, the freezing facilities were provided by Polish companies. Production meets European standards, and the company is also working toward the necessary certifications for export to Canada and the United States. They ship most of their frozen products to Germany, Austria, Italy, Czech Republic, Belgium, Hungary, Poland, Romania, and Ukraine. 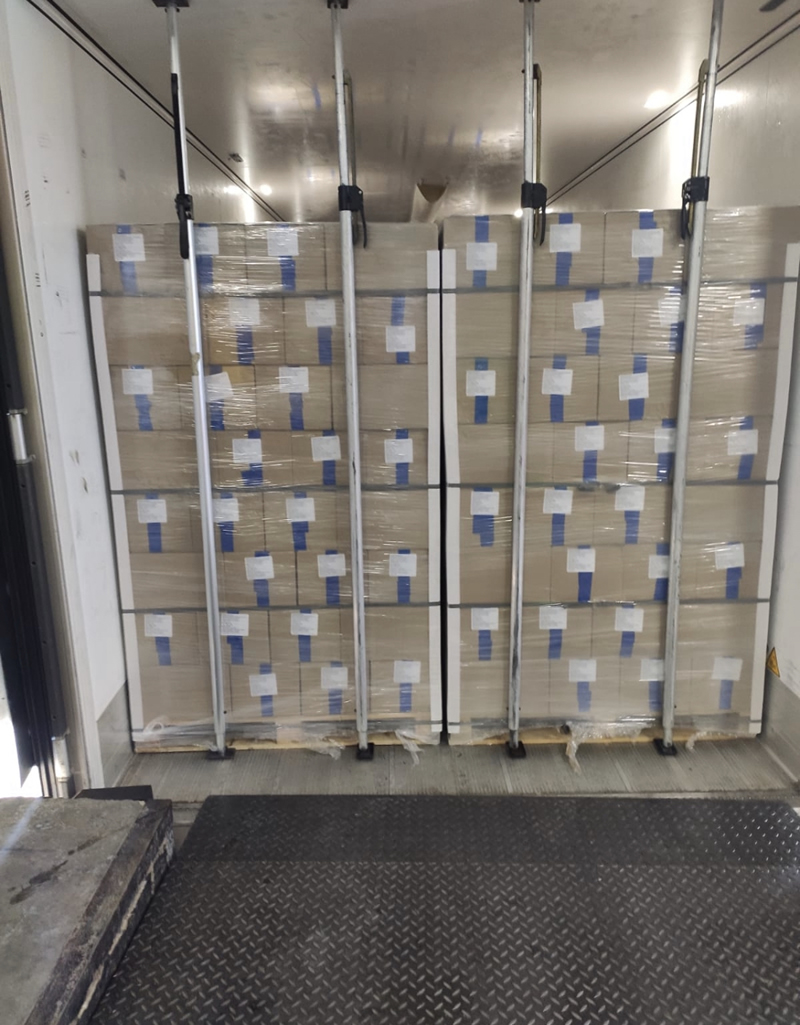