"At the end of the day, everyone has to pay a higher price for the gas”

Even in the Northernmost part of the European Union, growers are feeling the effects of the global energy and fertilizers crisis. We have seen how some greenhouses in the neighboring UK did not even plant because of skyrocketing gas prices.

For Irish cucumber grower, Welgro Produce too, the season started later than usual. The award-winning company run by Sean Weldon, Gary Weldon, and Shane Halpin operates a 3-acre glasshouse they have leased from a retired grower, and they supply their cucumbers to the Irish market only. "Because of the rising gas prices, we had to postpone our planting date," says Shane Halpin from Welgro Produce. "Generally, we would plant around 6-7 of January, but gas prices were, and still are, just way too high."

Not financially feasible
If the company planted as usual in January, they'd have to heat the glasshouse for 2 of the coldest months of the year. It was decided to wait till March to begin planting. "It was just not financially feasible to heat the glasshouse for those two months." This resulted in a delayed season for Welgro Produce. Yet, they engaged their customers before deciding to wait, as the quality of Welgro cucumbers speaks for itself. "That meant that our harvest was already sold in advance," Shane points out. 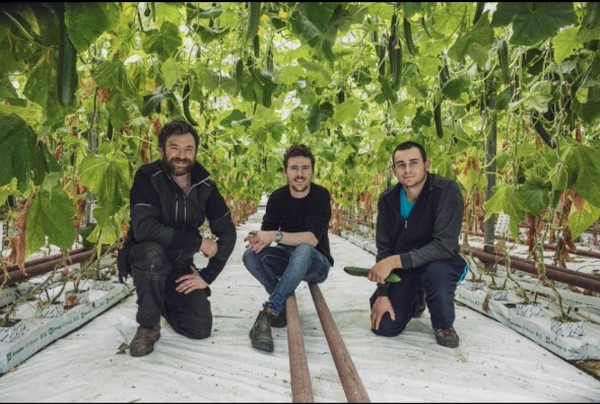 From the left: Gary Weldon, Sean Weldon, and Shane Halpin

However, the energy crisis is affecting the entire agricultural industry, and no one is spared. "Some glasshouse growers may be impacted less because they have well-insulated, modern infrastructure, but at the end of the day, everyone has to pay a higher price for the gas." 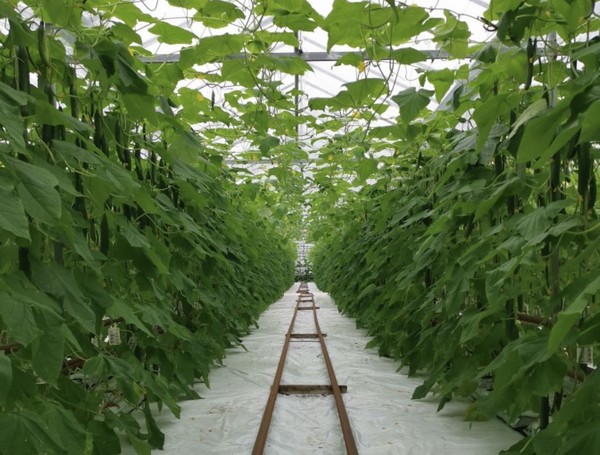 A similar thing is happening with regards to fertilizers. Shane says that the price of the Potassium Nitrate he utilizes is almost doubled. "I was paying 25 euros for 25 kgs of that. Last week, I got 25 kgs for 44 euros." While the infrastructure can help mitigate the energy cost, the same can't be done with fertilizers. "It basically comes down to slowing down the growth to save energy and fertilizers. You can't reduce the amount of fertilizer you need. You just need to be efficient. The only thing you can do is to monitor your plants daily and give them just what they need," Shane says.

Fewer projects
Growing pains are not only from the growers' side, as there's a shortage of materials that is hampering projects globally. "If you want to grow in Ireland, you need an infrastructure," says Shane. "And if you now talk to glasshouse builders, they'd say that everything is more expensive. For instance, glass is at least 50% more expensive. So, you can now see that there's less of an appetite for projects compared to previous years." 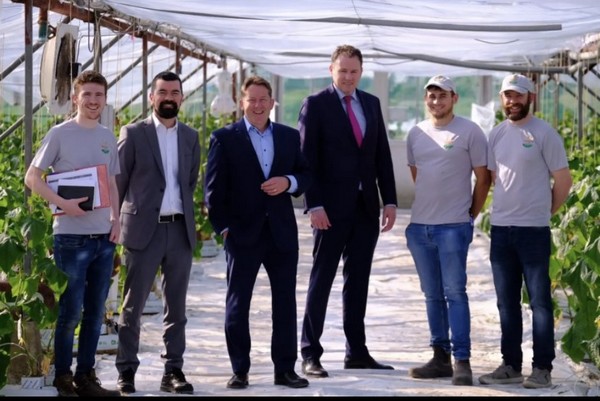 Despite that, the demand for cucumbers remains high as it is a very popular vegetable in Ireland. So, when local production was lacking, Spanish and Dutch cucumbers have been filling the gap. "Those are sold for quite cheap, and supermarkets know that," Shane points out. "The problem is with the quality, and especially their sustainability. Getting your greens from your local producer not only gives you a product of better quality, but it also is an environmentally conscious choice. When consumers buy an Irish cucumber, it's the freshest they can get. Imports can be days in storage and transport. Ours nearly go straight from the glasshouse to the shop shelves." 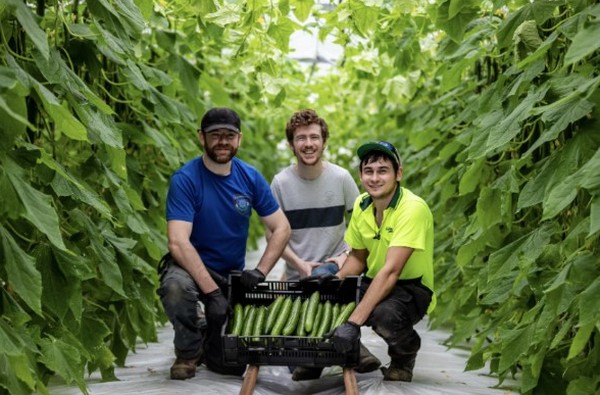 From the left: Gary Weldon, Sean Weldon, and Shane Halpin

Welgro is a relatively new grower in Ireland. The three owners have all worked on vegetable farms for years. After identifying a gap in the market for Irish cucumbers, they came together in 2020 to start the company. In 2021 they won the Newbie award for Ireland. This is a European award given to new entrants who have successfully established sustainable farm businesses in Europe. Shane also won a category in the prestigious Young Farmer of the Year 2021 competition.