Year after year, demand for local produce is consistently on the rise as consumers have always preferred to support local farmers and businesses wherever they can.

“Although this sentiment continued during the pandemic, domestic production has steadily but quickly transitioned from preference to necessity over the last two years for both retailers and consumers alike,” says Dan Branson, Senior Director of Business and Product Development with Mucci Farms.

In addition to the obvious benefits that include a wide range of environmental considerations and maximizing product quality, Mucci Farms is focused on making a positive impact on large scale challenges related to food supply through local, sustainable production. “Increasing our local presence and establishing strategic partnerships with growers across Canada and the United States puts us in a better position to mitigate supply chain disruptions, rising fuel costs, and labour shortages. The shorter the distances, the better we can service our retail partners consistently and efficiently,” added Branson. 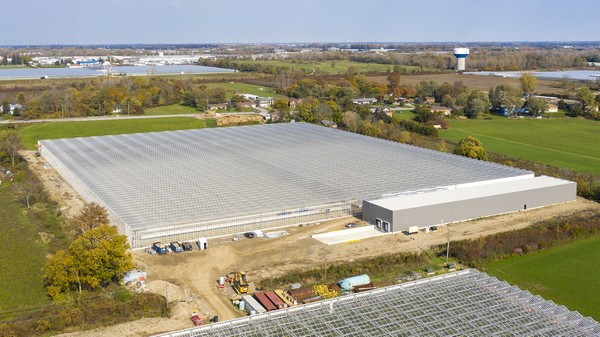 Bell pepper and cucumber expansion
In response to rising demand for produce grown on the North American continent, Mucci Farms is on a mission to increase production of all its commodities. Recently, the company completed a 72-acre strawberry farm expansion as well as expansion in California that allows supply of tomatoes and cucumbers coast-to-coast. On the heels of this expansion, a new cucumber range and a new bell pepper expansion are nearing completion. “We’re adding 12 new acres of cucumbers which allows us to prioritize key varieties that are highest in demand. We’re also adding 30-acres of high-tech glass to our Bell Pepper farm to accommodate consumer demand.” For both commodities, expansion is taking place at the company’s headquarters in Kingsville, Ontario, Canada.

What has driven expansion within the bell pepper segment? “When the greenhouse industry started to take shape in the Leamington/Kingsville area in the 60’s and 70’s, there was an immense amount of knowledge and expertise in cultivating field tomatoes in the region, making the transition into greenhouses a natural one for most tomato growers. As European technologies entered the market, cucumbers followed, and later, bell peppers. By virtue of that timeline, there was always less pepper production, but it has ramped up in recent years as growing expertise and popularity has gone up,” said Bert Mucci, CEO at Mucci Farms.

In addition, controlled growing environments have a confined space, making it imperative to make practical business decisions that optimize the use of the space. “Especially for small scale growers, it’s much more efficient and profitable to grow tomatoes or cucumbers as there is always high demand for specific staple items such as TOV’s, Beefsteaks or Long English cucumbers that can be grown and sold exclusively.” Bell peppers on the other hand, require scale to satisfy retailer and consumer demand for multiple colours and varieties. “Here at Mucci Farms, our ability to grow and expand at massive scale, provides us with a unique opportunity to diversify our offerings and satisfy a wide array of market demands.” 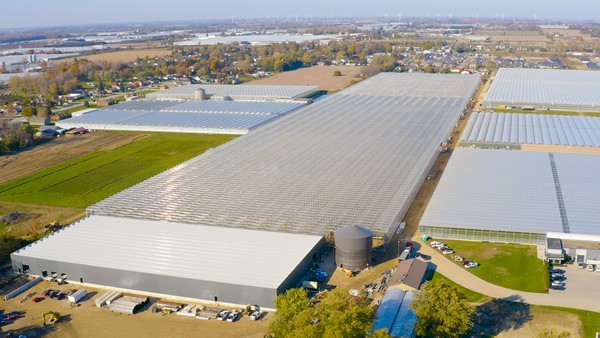