French pear producers had a difficult campaign last year due to the impact of the frost on the harvest. This year, however, the volumes are even better than expected. “We have revised our predictions upwards. We were expecting 137,000 tons and we have now reached 147,000 tons,” explains Vincent Guerin of the French Apple Pear Association (ANPP).

This was mainly explained by the exceptional harvest of summer pears, including the William variety. “In terms of quality, the calibers are mostly average, with no very small pears. The large amount of sunshine this summer has resulted in a high sugar content, thus a very satisfactory taste quality.” 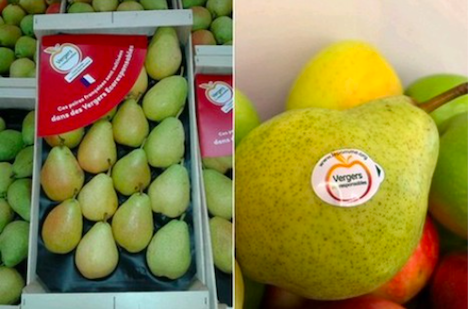 The pear campaign is progressing smoothly
Production costs have increased for all sectors while the purchasing power has dropped. However, the supply of French pears is still insufficient compared to the demand, so “the campaign is progressing very smoothly. In terms of prices, we have not reached last year’s records, which were due to the very small harvest. Prices are somewhere between those of the past 2 seasons. So far, the demand has been sufficient so the market is quite balanced, even if we need to complete our French offer with some imports. We also try to monitor the attempts of francization of foreign pears on the French market. This proves that the demand for French pears is still higher than the supply we have available. Consumers seem to prefer local pears and apples and we hope that the very good taste quality of this year’s pears will help us keep our customers. Last year’s campaign was very limited, but we really hope to regain all our clientele this year.”

Arrival of new varieties to boost consumption
When it comes to pears, France is still far from being self-sufficient, but the production has increased in recent years. “There is renewed interest from producers who have been planting new varieties. We are also seeing new pear varieties, such as the Fred or Q-Tee, that are starting to gain some visibility on the market. This additional element could help boost consumption. Bringing novelty to the shelves and expanding the existing range of pears can indeed be a source of dynamism and a driver of consumption."