Demand for pomegranates triples at Christmas

"We expect to be working a lot this year too, as we are already feeling the festive period approaching at our facility in Castellaneta (Taranto). Despite the difficult economic period, many buyers are programming Christmas supplies with volumes that are slightly higher than those of 2021 - an optimistic trend that is making us hopeful." 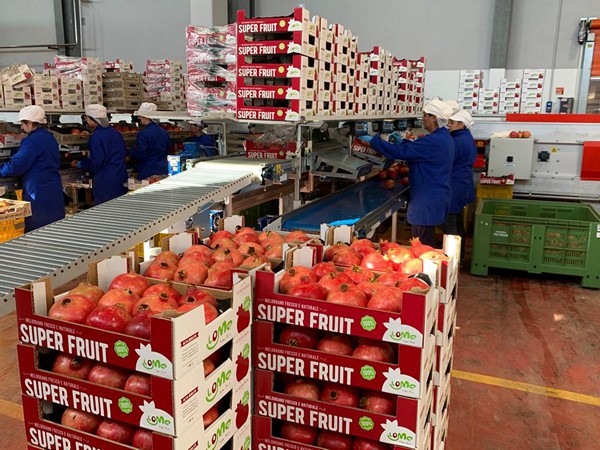 Pomegranates are one of the symbolic fruits of the Christmas period. "They are used fresh, to decorate and even as an actual gift. That is why we have created the Christmas box with a Magnum pomegranate. The box measures 13x13.5 cm and is available in two colors so it can be used as an ornament." 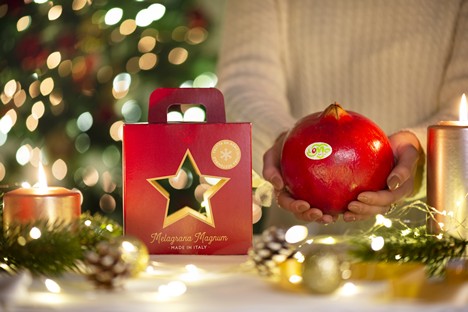 "This Christmas, Lome Super Fruit branded pomegranates will be available in the Arab Emirates as well. We have planned 6 shipments for 120 tons in total that will travel in refrigerated containers. Two have already set off so far." 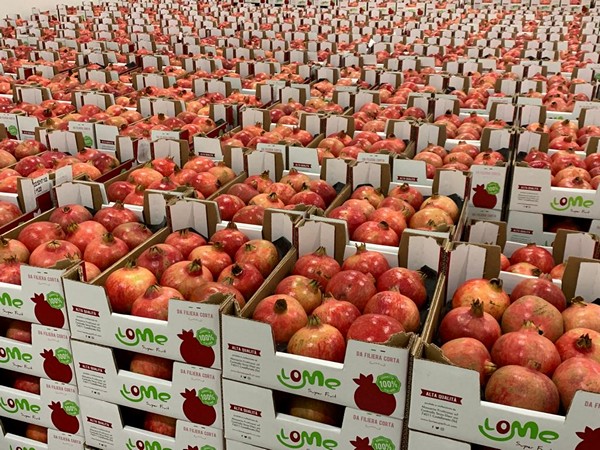 As regards the current season, the manager reports that: "The harvesting of the Wonderful variety ended during the first week of November with 5 thousand tons. Good part of the fruits has been placed in storage units with controlled atmosphere so as to prolong the sales window well into March. From a commercial point of view, demand is lively, but prices are different on the Italian and European markets. While exports seem to be going very well, especially in Germany, France and Switzerland where prices are satisfactory and higher than in the past campaign, there is a lot of competition in Italy. We expected more profitable prices in November to cover the extra costs caused by the increases, but many producers offered to sell the produce at very low prices, thus destabilizing the market and even causing surpluses in some moments during the week."