Florida tomato growers and shippers are watching and waiting to find out the impact of Tropical Storm Nicole on the state’s tomato production. “Supply was already somewhat short until December because of Hurricane Ian. Some places had to replant or there were going to be delays on their crop. There was a big shortage on round and Roma tomatoes,” says Roger Riehm of Bradenton, Florida-based Blue Creek Produce LLC.

Nicole brings heavy winds and rain, with the latter being of more concern for growers. “Grape tomatoes are very sensitive to the rain. If they get a lot of moisture, they will show the effects in three to five days. They split because there’s too much water inside,” says Riehm. “So they will have an immediate impact because of the way they can’t handle the rain at all.”

He says the storm has affected the entire state because of its wide swath. That includes Immokolee and Homestead in Florida, two key regions for tomato production in November and December. “This is a good time for tomato growers in Florida because prices are strong for them. In the summer, when there’s so much out there, pricing is low for these farmers to make money,” says Riehm. 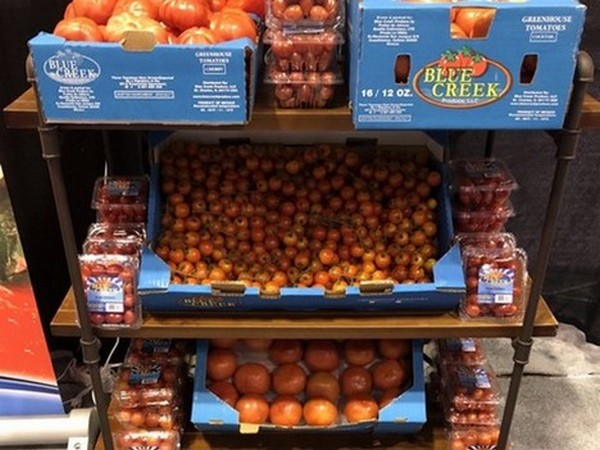 Supplies of tomatoes were already somewhat short until December because of Hurricane Ian.

Mexican production
Mexico is also shipping tomatoes, particularly strong supplies of Romas and grape tomatoes. Riehm notes that round tomatoes are seeing extra supply pressure because of what’s happening in Florida on tomatoes and some tomatoes are on the smaller side.

Demand looks particularly good for tomatoes which were reaching in price $50/case for 20 lbs. “Once it gets to a certain level though, foodservice has to cut back,” he says. “Some restaurants are saying they’re not going to offer grape tomatoes in their salad bars because they’re $3-$4/lb, so it’s a loss.”

Movement at retail could also be affected. “Pricing of tomatoes definitely impacts sales of them. How many consumers want to spend $4/lb.? They may not buy as many,” adds Riehm.

It also means watchful eyes are on other Florida tomato-growing regions coming up in the January-March time frame, including Manatee County.