After poisonings detected in recent days

Last week, mandrake poisonings were recorded in the province of Naples, in Italy. As a precautionary measure, inspections and seizures of potentially contaminated and still unsold pallets of spinach were undertaken at the Naples wholesale market (CAAN). In the 152 crates of seized spinach, no poisonous material was detected. Further investigations by authorities are ongoing.

From the latest reports, it is possible that it is not mandrake, but stramonium, another potentially toxic plant.

Meanwhile, on October 10, RASFF notified an alert on suspected mandrake contamination in fresh-cut spinach of Italian origin. Thus, the contamination did not only involve loose leafy vegetables, as was first assumed, but packaged products as well. 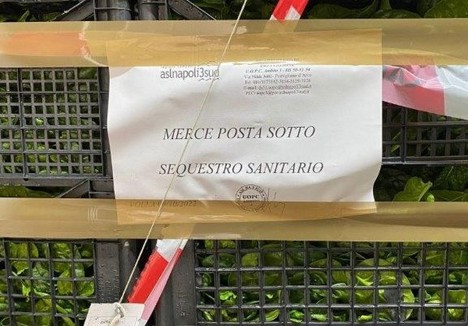 The director of the Experimental Zooprophylactic Institute of Southern Italy, Antonio Limone, participating in the hearing of the Agriculture Committee of the Campania Region on the cases of mandrake poisoning in the province of Naples, announced that "the analyses carried out showed that the poisoning was definitely of plant origin."

"This was a batch of contaminated spinach from Avezzano (Abruzzo), probably from an open field crop. Faced with the occurrence of this alert, there was an important institutional supply chain reaction to isolate the batch and prevent further cases." 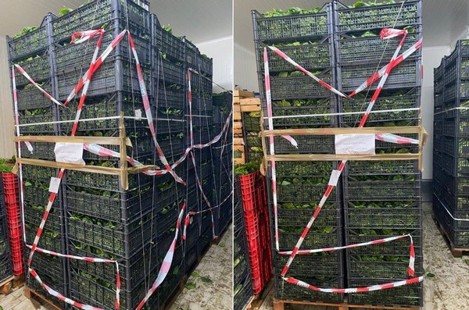 "The cross-checks of transport documents, purchase and sale invoices of the products, allowed us to trace the entire route taken by the spinach coming from Avezzano," CAAN president Carmine Giordano explains, "and, therefore, to promptly withdraw from the market all the quantities still in circulation. The fact that no further cases of intoxication have emerged is an indication that this was a stand-alone episode, immediately identified and resolved." 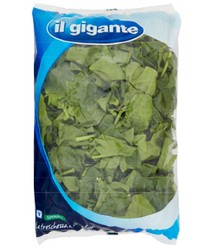 Recall for a batch under the Il Gigante brand name
In the meantime, the Italian Ministry of Health and Il Gigante supermarkets have reported the recall of lot number 273 of 500-gram bagged spinach, branded Il Gigante, due to suspected mandrake contamination. The recalled lot is produced for Rialto Spa by the company Spinerb di Colleoni Andrea & C. Snc.

As a precautionary measure, it is recommended to avoid consumption and return the package to the store.