Getting orders straight from the plant

SupPlant is a market leader in artificial intelligence-driven tree telemetry in the world, coming from Israel where optimal water use is front of mind, and gaining ground in other water-scarce countries like South Africa, Israel, Australia, Mexico and Morocco.

Distributed in South Africa through AECI Plant Health, a growing group of farmers growing permanent crops are seeing the benefit of being able to listen in on what their plants are telling them through SupPlant’s technology.

A block that is homogenous in terms of cultivar (because different cultivars follow different phenological calendars) and soil type forms a unit in which SupPlant’s Jan van der Merwe places a soil moisture meter (not a tensiometer), a dendrometer around the stem and a sensor on a fruit, all connected to an automatic weather data station which sends data to the algorithm.

“We look at a farmer’s pain points when placing our sensors,” Jan explains. “We can clearly see when a tree or vine is under stress and combined with our weather data, the systems capture data every 10 minutes and the algorithm notify a farmer to act immediately before stress conditions develop.” 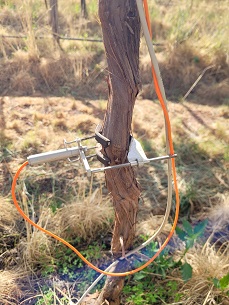 The dendrometer around the stem (right) consists of a piston that is pushed in or out, not only measuring plant stress, but clearly showing plant growth which, in fact, actually takes place by night, Jan observes.

The fruit sensor is placed on a fruit immediately upon fruit set; any stress that the plant encounters, manifests in fruit growth.

“When a tree is under stress you never make up for it during that growth season and it’s a potential loss of income. The daily growth rate of a fruit reduces and is clearly visible every time when the plant experiences stress which can be caused by waterlogged conditions, drought or harsh weather conditions. The loss of 1mm of fruit size, across a whole orchard, has cost implications. What you’re looking for is an even growth curve but when the plant is under stress, you never get back to the positive curve.”

The effect of water stress on income 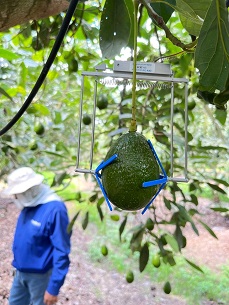 SupPlant’s data on avocados shows that on a yield of 20 tonnes of Hass per hectare and an estimated income of US$2 per kilogram, for fruit with an average size of 70mm (250 grammes), a 1mm diameter loss on fruit size equals a decrease of 0.3 tonne/ha.


This translates to an estimated reduced income of US$570 per hectare.

The potential loss of income can balloon to US$2,000 per hectare if there is a loss of 3.5mm on avocados as a result of water stress, they have calculated.

On mandarins, the company has observed that a single stress event can cause a loss of 3.5mm in size over two weeks. For an average price of US$0.35 per kg, this would reduce the income per hectare by US$900.

Early adopters of the SupPlant tree telemetry system have been Alicedale citrus estate in Tshipise, the far north of South Africa, where it has been in use for three seasons.

Other grower companies that have seen the value in “unmuting their crop” have been ZZ2 on avocados, big citrus grower Komati Fruit, as well as grape and pecan producers Karsten Boerdery, the Leroux Group as well the pomefruit growers Dutoit. 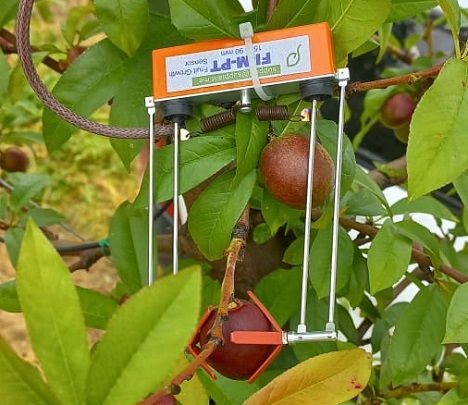 Effective in addressing grape berry burst
In the Senwes grape region, where the table grape harvest takes place in the rainy season, SupPlant has assisted a table grape farmer with the perennial problem of burst berries.

“We’ve achieved that in the Groblersdal area with one of our clients who, for the first time in five years, had no burst berries during the past season,” Jan says. The SupPlant system, using weather data and rainfall prediction, was able to tell the farmer exactly when to irrigate and how much in order to maintain the optimal moisture balance within the berry. 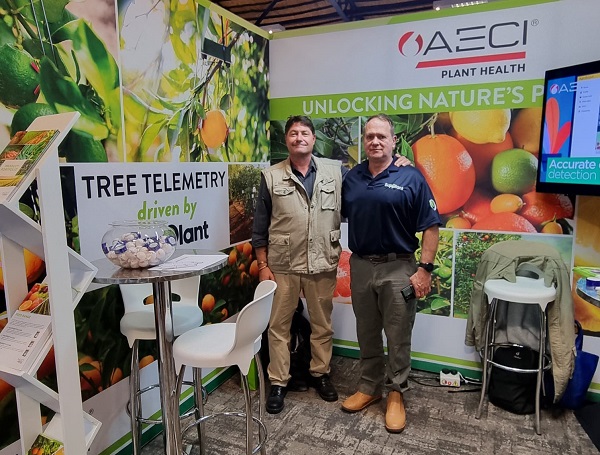 Still on grapes, SupPlant is able to tell a grower exactly when a vine is coming out of dormancy through its stem girth as well as predict the date of veraison.

“It’s incredibly interesting: it shows exactly when the plant is entering the veraison stage, when a grower needs to manage irrigation to a very fine degree. There is a clear indication when the stem stops growing, but the berries are expanding rapidly.” 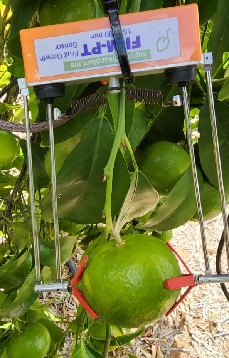 He adds that SupPlant, which has been active in South Africa for four years and has been listed by Time Magazine as one of the top agricultural technological innovations in the world, has been the first system to manage control of this phenological period.

“The technology pays for itself. It’s like insurance: you don’t know what you’re paying for until the day you really need it,” he remarks.

Impending heat waves, for instance, are a major stress factor which the system tracks and manages with other additional benefits: reduced fertilizer use as well as improved planning around South Africa’s planned power cuts, called load-shedding.

Because orchards are shielded from stress, there is an improvement in yield, quality and packout.

“Some of South Africa’s largest growers are appreciating the value of tree telemetry, but it’s the small guys who really need it,” he says.