The new cold protocol on oranges from South Africa is presenting an almost insurmountable obstacle to the country’s organic orange growers. Results from trials with plant-based waxes on organic oranges under the new cold regime have been mediocre and inconclusive, with chilling injury to around 50% of the consignments of unwaxed oranges.

Orex Exports, an organic grower-exporter in the Orange River Valley, sent unwaxed, organic oranges to Europe under the new protocol. “Damage was between 30% and 50% depending on consignment,” says Marthia Botha, marketing manager at Orex Exports. 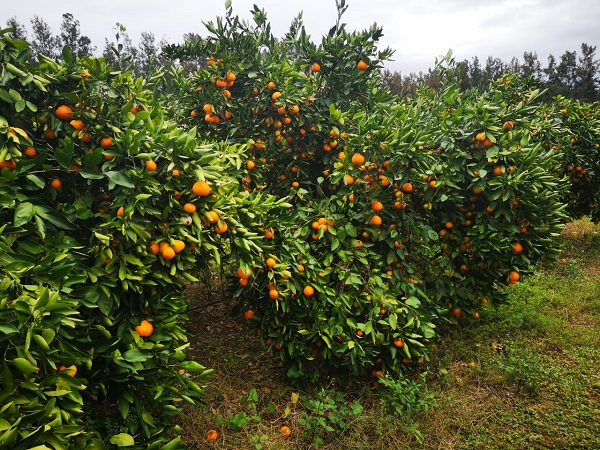 “The European market does constitute the lion's share of our organically grown oranges and so the new cold protocol has had a devastating impact on our exports to the EU,” observes Paul Marais, the managing director of the Sundays Organic Growers Association (SOGA), formed in 2005 by a group of organic citrus farmers in the Eastern Cape. Ten years ago they set up SOGA Organic, South Africa's only certified organic citrus processor whose production has more than doubled over the past ten years.

He adds: “We have been hoping that we would be granted exemption from this new protocol, but nothing has come of it. The Citrus Growers’ Association has made a case for organic citrus, but to no avail.” 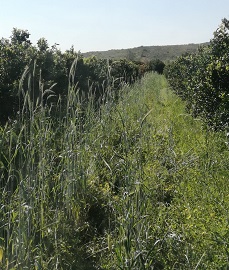 “It’s so ironic - we as organic growers have figured out how to farm citrus without false codling moth, and now we’re being completely pushed out of the market,” remarks organic citrus farmer Martli Slabber of Hexrivier Sitrus; she has been farming organic citrus in Citrusdal for the past decade.


This had been her first organic orange harvest since converting mature orchards (right).

What makes it really bad, she continues, is that they have been learning a tremendous amount of lessons on how to manage pests without chemicals, lessons which would benefit the wider industry, “but the new protocol puts a lid on all of our efforts”.

She explains that as part of the previous requirement to send her fruit at 4°C, they have had to cut open 1,800 fruit per orchard to prove that there were no false codling moth (FCM) interceptions. “We consistently found no FCM in our orchards because there are so many microbes in the soil that disrupt the moth,” she says.

Indeed, since the moth was declared a quarantine pest in the EU three years ago, there have been zero FCM interceptions on organic oranges from South Africa.

Quo vadis for South African organic oranges?
Martli has opted to market her organic oranges conventionally, which is not a sustainable approach. “For the moment I have ceased sending organic oranges to the EU because we don’t have clarity on how to do it without damage.”

From SOGA’s side, they have tried to find alternative markets such as Canada. “But the exorbitant increases in shipping costs have kicked out all hope of profits. By the same token, shipping rates to the EU have had a similar effect on our profitability,” Paul says.

He maintains that the organic industry has to convince the European Union that they have sufficient mitigation against false codling moth in place.

There are some possibilities for organic citrus in Scandinavia and the UK, but the EU is cardinal to South African organic citrus farmers, of whom there are still a handful, but a cohort that has definitely grown over the past decade.

“We don't make concentrate juice, only NFC (Not From Concentrate). Organic juice has a wider market than the unprocessed fruit, but here again, the exorbitant increases in shipping rates have taken the profit (and fun) out of it,” Paul remarks.

“This was the first year that we could supply organic Washington navels and Valencias after our three year conversion period. It was our first harvest. Now it is very difficult to proceed with further development until we have clarity,” says Martli. “This has a tremendously serious effect on our marketing.”

It is now a matter of hunkering down and surviving, she notes.