Florencio Río-Miranda, of Eurofresh: "We have been developing the new conventional line for the past year with major producers in the countries where we have a subsidiary"

The first tropical avocados of the new season from the Dominican Republic are already on their way to the European market. "The first fruits will arrive in 2 weeks and the campaign will last until the end of the year. Until then, we will average 3 containers a week," said Florencio Río-Miranda, commercial director of Eurofresh. 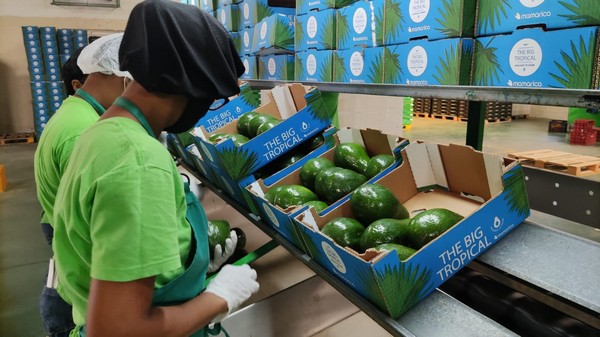 The company, which is originally from Europe's main avocado production area, the Axarquia, has been a pioneer in the introduction of organic avocado cultivation in Peru, Colombia and the Dominican Republic. In the latter, where it also has its own production farms, it launched the current tropical avocado project 7 years ago.

"In 2015, we started the first exports to the European market, when the United States blocked shipments to their market due to a fruit fly issue. As a European company with headquarters here, we saw the opportunity that had presented itself and we contacted the main retailers. We did quite a strong marketing job and, in fact, Eurofresh was the one that brought the first organic tropical avocados to Europe."

"Since then, tropical avocados have carved their own niche in the market, especially in Eastern countries, Germany and Switzerland," he said. "It is still a niche product. Hass avocado consumption in Europe amounts to 600 containers a week, while that of tropical avocados, in total, amounts to about 10 containers, but precisely that results in greater price stability. Also, it is an exclusive seasonal product. In Switzerland, specifically, the supermarkets we work with told us that the Dominican avocado was quite superior to the Brazilian one, and that they only wanted to work with the Dominican campaign. This has also helped keep the price stable."

"As we do every year, we will market the Semil 34 variety, which is best suited to travel by ship, and we will send some Carla and Lula tropical avocados by air, even though these varieties usually go to the United States market, which is closer, where there is a lot of consumption, especially on the east coast because of the population of Caribbean origin."

In Europe, the Latin community, and more specifically those from Caribbean countries, where the most consumed avocado varieties are of the greenskin type, are also the biggest purchasers of tropical avocados, a fruit of a larger size than other commercially available avocados (between 400 g and 1 kg in weight), with a much lower dry matter content than other varieties such as the Hass, and with a sweeter flavor, with hints of nuttiness.

"Tropical avocado consumption still has room for further growth in Europe. Therefore, although we have always differentiated ourselves by specializing in the organic segment, we have been developing the new conventional line for the last year, hand in hand with large producers in the countries where we have a subsidiary, and we want to reach all kinds of consumers with it." 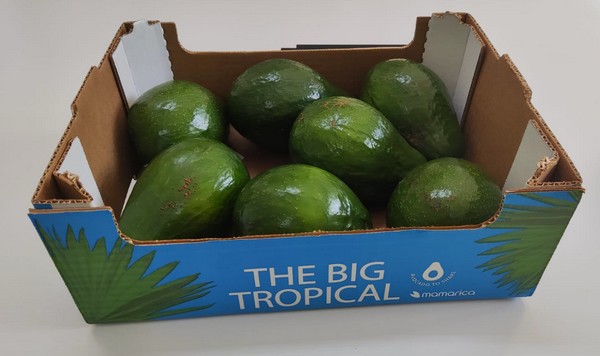 Eurofresh, which has two offices in Europe, in the Netherlands and Spain, supplies the European market all year round with organic avocados (among other fruits and vegetables included in its portfolio) from the countries in which it operates, and where it has more than 3,000 hectares in production run by associated producers and 440 hectares of own cultivation.

"For the marketing in Europe of our tropical avocados, which we sell under the commercial brand Big Tropical, we designed a new format of open top boxes with capacity for 5 kilos specifically for them, and we will have the fruit available until week 52," says the commercial director of the firm. "Moreover, next month we will be at Fruit Attraction in Hall 10, stand B08, so everyone attending the fair will get the chance to visit us."