Greek grapes will see lower demand this year. According to Nick Nafpliotis, director of Greek fruit company Greek and Fresh, this has to do with the energy crisis that Europe is facing: “We’re currently in a situation with challenges that every food product will face; decreased consumer demand as a result of the energy crisis and the war in Ukraine, both of which have resulted in huge cost increases across all stages of production. What we have seen so far this summer is that when there are fruits that are in short supply, like watermelons in May-June, stone fruits, and Victoria grapes, the market was able to absorb the higher production costs much better, than when there was a normal production, like we’re seeing in seedless grapes. Considering the lower demand, the biggest challenge for the fruit industry is to maintain regular sales volumes, in a weak market, whilst trying to raise the prices to at least cover part of the increased production costs.” 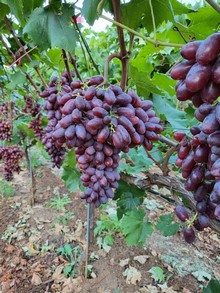 Nafpliotis states that prices for seedless grapes are seeing lower prices, due to normal supply and lower demand. “Victoria grapes started at similar price levels as last year. However, due to the fact that production was around 50% lower, due to a hailstorm that hit the Kavala region in mid-June, the prices have not dropped but remained about 20% higher than last year. The opposite is happening to the seedless grapes, where we see normal supply, but lower demand, which has resulted in much lower prices than usual. In addition, there is European production from Spain and Italy, making the competition even more fierce. The increased transportation costs have complicated the competition even more.” 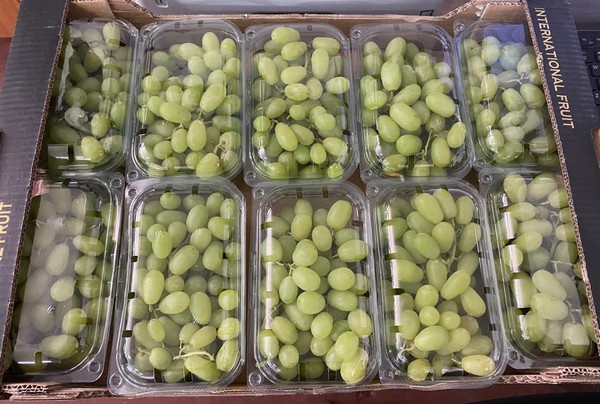 “Demand has been mediocre for all grapes, both from Greece as well as from the other producing countries. I believe that the impact of the energy crisis, such as lower demand, will be bigger as we approach the fall and winter seasons. In my opinion, more expensive products like grapes will take the biggest hit, whilst the cheaper and more basic product like citrus will do better. Consumers will have to make choices to buy cheaper products as the high energy costs are taking a larger percentage of their income.” Nafpliotis concludes.