"The fruits are smaller, the tonnages are lower"

The mirabelle plum harvest in Rheinhessen is currently in full swing. In week 30, about a week earlier than usual, the first stone fruits could be picked. However, the ongoing drought is causing particular problems for the stone fruit sector in Rheinhessen this year, confirms Jürgen Hattemer, sales manager at Vereinigte Großmärkte Rheinhessen. "The fruits are smaller, the tonnages are lower. Overall, this year's mirabelle yield is 30 percent below last year's level."

So far, all retail programs have been served, but both sales segments - fresh market and industrial - are handling significantly less product following the strong sales year of 2021. "There are one or two promotions in retail, but not to the extent as in other years. After the French harvest is over, we normally also export smaller quantities to France. Unfortunately, that won't be possible this year either. As expected, the campaign will end in about two weeks," explains Hattemer. The price level for mirabelles has been quite pleasing, in contrast to many other fruit products, he said. "Depending on the pack size, mirabelles are about the only fruit where we are above last year's price level." 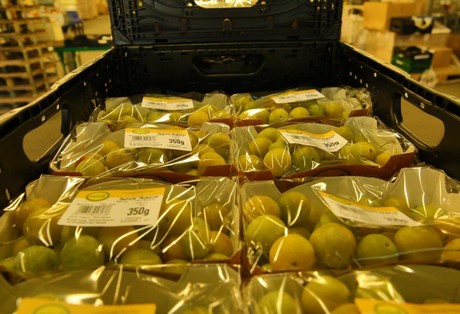 Fresh mirabelles from German production are usually offered in 350-500 gram units at the POS.

Over the years, the originally French plum variety has become an attractive seasonal item in food retail, which is why volumes have been successively increased in parallel with rising demand. According to Hattemer, "The mirabelle plum is predominantly suitable for food retailers and less so for farm-gate sales. The Nancy mirabelle still dominates the market with a sales share of over 90 percent, although new varieties are being actively tested. The purpose behind these variety trials is to find a suitable early variety so that the marketing window could be extended forward in the future." 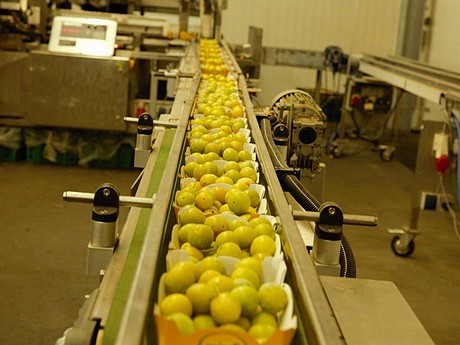 Plums: High proportion of unsaleable caliber
The ongoing drought, as well as the lack of rainfall, is also clearly being felt in plums, Hattemer continues. "Some trees are not surviving the drought at all, which is why there is less volume available in this category as well. In addition, compared to other years, we have a relatively high proportion of fruit of calibration < 30 mm, which are unfortunately unsaleable for the fresh market."

The plum sector is also on the lookout for new, modern cultivars, Hattemer observes. "In variety development, of course, many parameters play a role. First, the yield must be right; in the industry, it is also crucial that the plum is suitable for stoning." 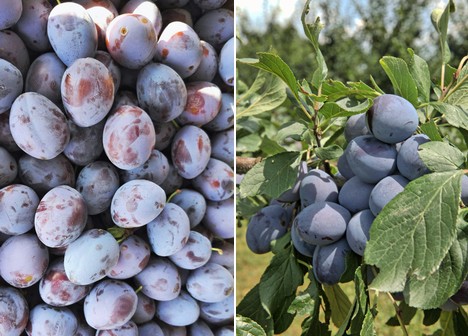 The Rheinhessen plum campaign started on June 20, and as expected, the last quantities will hit the market by mid-September. After that, VOG eG will switch to goods from Eastern Europe.

Luxury articles suffer from cost increases and inflation
According to Hattemer, the increase in inflation and the associated reluctance to buy are particularly noticeable in the case of higher-priced articles. "With the rising costs of everyday life, basic foodstuffs tend to come to the fore, which is why the luxury goods segment, in which we operate, has suffered extremely. This runs through everything from asparagus to sweet cherries, soft fruits and stone fruits. Moreover, due to the ongoing cost increases in production - such as energy, fertilizer and labor costs - the gap is widening. You can also see it in the purchasing volumes in food retail: plums are now only offered in one- and 1.5-kg containers, and 2-kg baskets have now disappeared from the range completely, which in turn is reflected in the total."