Following late last week’s rain, stone fruit growers in California are trying to determine what the impacts of that rain are.

“I think it was a quarter of an inch of rain but that’s an unprecedented amount of rain for us at this time of year,” says Jon McClarty of HMC Farms in Kingsburg, California. “Right now, some stone fruit looks like there’s hardly any impact while others there’s quite a bit. There are definitely some effects but we just don’t know what the severity of those will be. Also if it’s a blip that affects the current harvest or extends out.”

To date, HMC is 65-75 percent of the way through the crop which is ahead of schedule this year. Some peach varieties are between four to seven days ahead of schedule while plums are two weeks ahead of last year. “It’s optimal ripening conditions--the quality is really good this season,” says McClarty. “When things are ready to be picked, there’s one perfect day to pick that next pick of an orchard. Unlike table grapes which are more flexible. Stone fruit is always about managing the timing of the harvest and packing. The fruit does not let you slow down.” 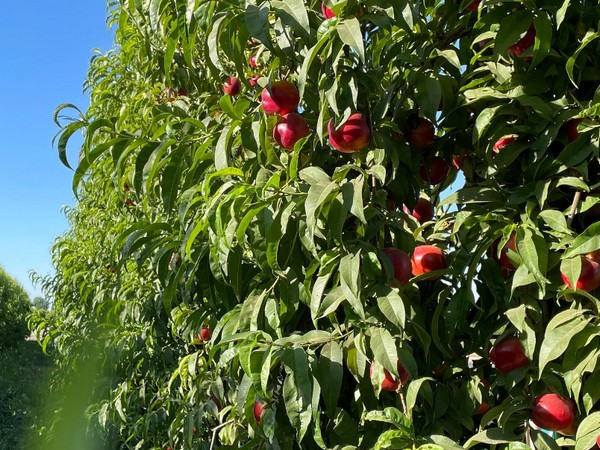 Pressure on California supplies
As for demand, McClarty says it’s very strong and consistent demand. “July and August are the stone fruit months. Also, a lot of the peach crop from South Carolina and Georgia, which was already impacted by frost, is starting to wind down so that always increases our demand,” he says. In turn, pricing is stronger and staying stronger compared to last year.

Looking ahead, production on nectarines will go into September and peaches and plums into early October. “We’ll just have to see if the later varieties continue to pick in advance of their normal harvest date or if they start to move back a little bit. It’s a little early to tell,” says McClarty.