Nearly 50 exhibitors have participated in this year's Ferimel fair, La Mancha's melon traditional fair, which is held every two years in Membrilla, Ciudad Real. Sakata Seed Ibérica participated in the event and presented its latest melon, pumpkin, and onion novelties. More than a hundred farmers have visited the seed company to learn about their Grand Bernabéu, San Fermín, and San Marcos piel de sapo melon varieties, their Yosemite, Mesnera, and Red Radiant onions, and their new butternut pumpkins, which hit the markets soon. 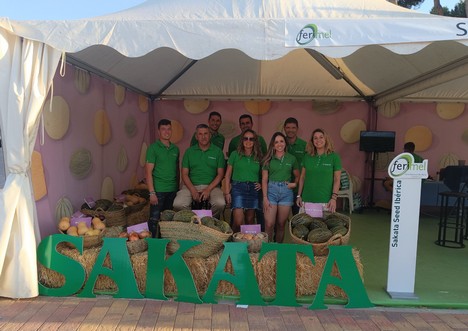 Sakata took advantage of the fair to publicly present the Grand Bernabeu variety to the Manchego farmer. Joaquin Navarro, head of cucurbits, spoke about the great potential this variety has in the area: "Grand Bernabeu is our latest piel de sapo melon launch for late transplants in La Mancha, which will provide solutions to the problems of tired lands. One of its strengths is that it yields uniform fruits that have the appearance of the typical Manchego melon and an excellent post-harvest." Sakata also showcased a variety that they still haven't released to the market. They presented the piel de sapo melon S2533, which they will launch on the market soon and follows the line of Grand Bernabéu. This variety is also good for tired soils, but in this case for early transplants. 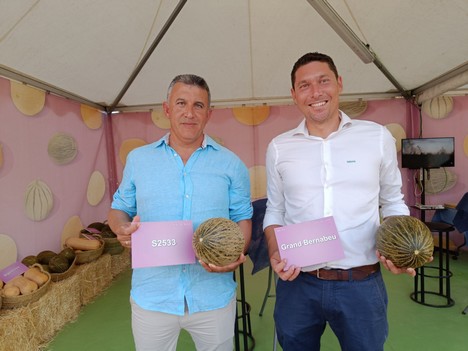 Less usual at this fair, but also important for the Manchega area is the cultivation of onion. "Ferimel is mainly a melon fair, but it is also visited by onion producers. That's why we also wanted to showcase our onions in it, so producers can get to know our wide range of products," stated Juan Calero, who is responsible for Sakata's roots, bulbs, and leaf crops. The seed company covers all segments with all types of onions: yellow, red, and white. In this edition, they presented two new releases: Mesnera, an early onion with very good yields and great precocity, as it's ripe 15 days before its main competitor, and an early Red Radiant onion which is the first onion of this type that Sakata markets in the area. 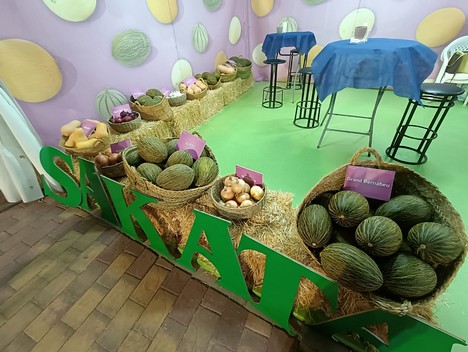 La Mancha is very important for the seed company. “They have been working for and with the Manchego farmer for 20 years. Our greatest strength is that producers want a product that guarantees safety in production and excellent quality, something that Sakata's melon varieties offer," stated Isidoro Chaparro, sales manager in the area.

Ferimel has established itself as a benchmark at the national level and is visited by companies from different autonomous communities specializing in the cultivation of melons, such as Murcia or the Valencian Community. Sakata's team participated in the 5th edition of the fair, which was successfully held on August 4, 5, and 6. This edition of the fair had a considerable influx of visitors because it was the tenth anniversary of the fair and the previous edition of the fair could not be held due to the pandemic.