The presence of domestic early table potatoes apparently increased, the BLE reports. Both the volume of deliveries and the number of varieties on offer increased. However, we are far from the end of the line, with the domestic Gunda, for example, expected to appear in the 29th week. The increased German supplies put pressure on the previously dominant Italian and Cypriot offerings. Their quality was no longer convincing consistently, so that some had to be sold quickly in some cases. Of course, this was best done with discounts. In some cases, the Italian batches had already disappeared from the market, and the importance of Cypriot imports was obviously reduced in line with the seasonal status. French batches were not so strongly affected by the reductions. Overall, demand was met without any effort. 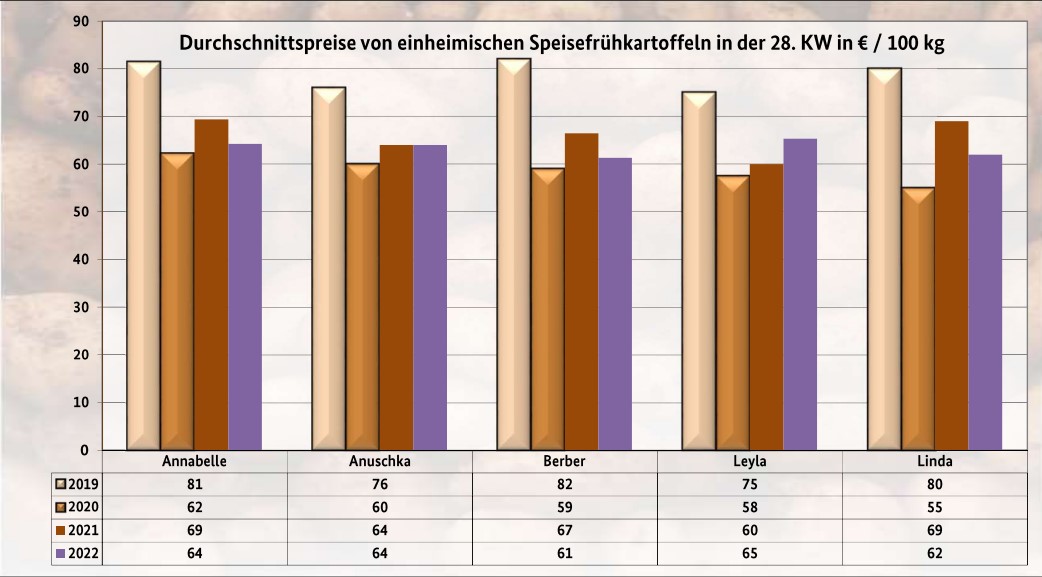 Rhineland-Palatinate: early imports still present within retail
The range of domestic early products remains extensive. In addition to German produce, early imports also continue to be represented within retail. The market and price situation for early table potatoes is tense due to the heat. Producer prices were reduced again by €4.00 /dt. The heat is affecting other varieties and clouding yield expectations, especially in regions without irrigation facilities, where supplies could be tighter, says the Rhineland-Palatinate Chamber of Agriculture. 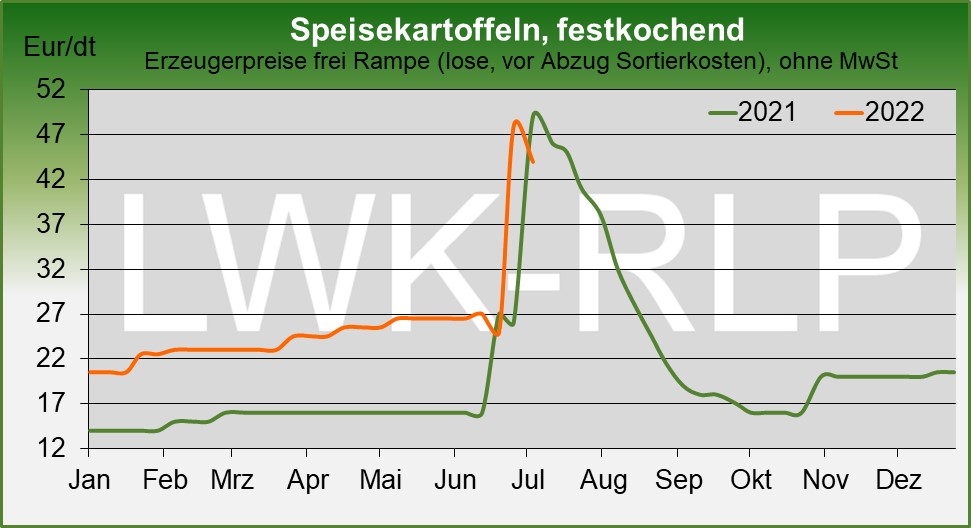 Hesse: Producer prices under pressure
The potato business remained subdued in the 29th calendar week, according to Landesbetrieb Landwirtschaft Hessen. High temperatures and the start of the holiday season are slowing demand. With sales promotions, retail chains want to provide for revival. Producer prices are under pressure and have been lowered compared to the previous week. Residual volumes of imported goods are expected to run out at packing plants by the end of this week. Due to the price explosion in energies, prices for peeled goods increased noticeably. Open ground crops with irrigation facilities are delivering good yields and quality. 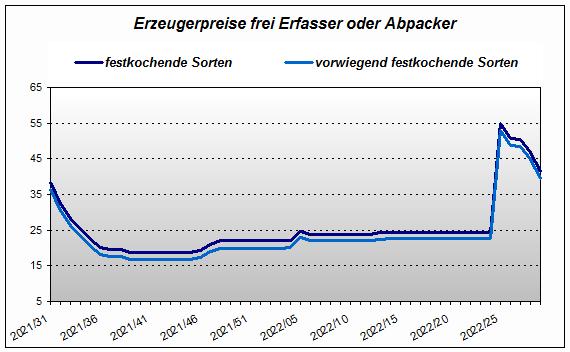 Schleswig-Holstein: Heat dampens demand
Slow to normal sales are reported on the local early potato market. The heat has dampened the demand. Yields are estimated to be good. Imported goods are as good as sold out and are therefore no longer competition. However, price levels continue to soften, according to the Schleswig-Holstein Chamber of Agriculture.

There are some signs of an early start for exports. Planning for export deals is starting slowly, with the Baltic States as a main destination.

Potato crops for the main harvest will suffer from the high temperatures, according to the forecast for the course of the week. Market participants believe that the heavy UV exposure could lead to leaf dieback, resulting in stagnant plant growth. The current assessment would result in lower yields than last year.

Disease pressure is low at the moment. The have been some lots affected with Alternaria solani and Alternaria alternata.