The history of fertilization, which humans have been using since the dawn of agriculture, has taken a new step forward thanks to Tebrio with the launch of the first fertilizer of entomological origin registered in Europe. "Adriana Casillas, CEO of Tebrio, and Sabas de Diego, CTO of the company, came up with the idea in 2012, motivated by their wish to provide the agri-food sector with a sustainable and quality solution and help the planet by addressing the growing demand for food and fertilizers in an environmentally-friendly way," says Miguel Ángel Álvarez. 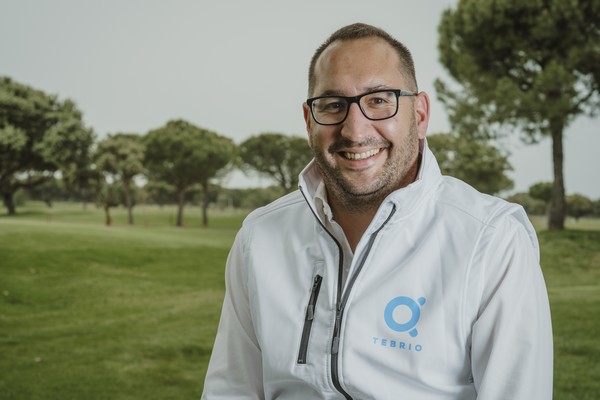 The result of this initiative was :oFrass, a biofertilizer suitable for organic agriculture made 100% from Tenebrio molitor, and produced under an interesting circular production model with negative CO₂ balance that maximizes the yield in the production of the insect in its different stages. "In order to feed the Tenebrio molitor we use by-products from the food industry, and the insects can be used at every stage. When the Tenebrio molitor is in the larval stage, we obtain fertilizer from its droppings. At the end of its larval stage, we obtain high-quality flour with a high protein content that we use for animal feed production, and from the adult beetle we obtain chitosan, a raw material of high value for industrial uses, including the manufacture of biofilms." 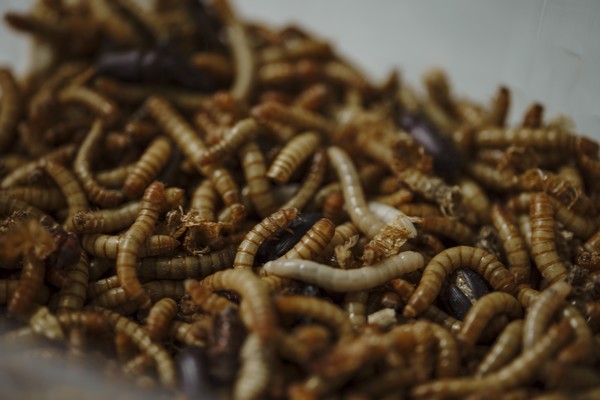 However, the versatility of this insect, commonly known as a mealworm, does not stop there. The European Commission itself has even endorsed its use in food by including it in the Union's list of novel foods since last year. "Also, the Tenebrio molitor does not produce any methane or greenhouse gases," says Miguel Ángel, "which makes it very different from other agricultural products, and :oFrass guarantees the total absence of heavy metals, pathogens or seeds in the product."

:oFrass is marketed in powder form or pressed into pellets, two formats that facilitate its application, depending on the farmer's needs.

"oFrass improves the capacity of plants to absorb nutrients from the soil thanks to its low carbon-to-nitrogen ratio, and aids in the fixation of environmental nitrogen and the solubilization of phosphorus and potassium. It makes a great contribution of organic matter to the soil, as well as of essential macronutrients (NPK) and micronutrients. Also, given the product's microorganism content, it provides a high amount of superpotent and beneficial bacteria for plants."

"Moreover, it has biostimulant effects due to the production of plant phytohormones, which allows plants to better respond to abiotic stress factors, such as frost, salinity or extreme pH."

"It also has biofortifying properties. One of the keys is that each Tenebrio molitor dejection comes wrapped in a chitin sheath. This molecule activates the induced systemic resistance of plants; that is, it makes the plant activate different metabolic pathways to defend itself against pests and diseases, allowing us to space out pesticide applications and achieve a more resilient plant."

"With :oFrass we are focusing on horticultural crops, obtaining very good results. With woody crops we are also conducting successful tests, and we are currently introducing it in strawberry cultivation; in fact, we are going to start several trials with producing companies in Huelva." 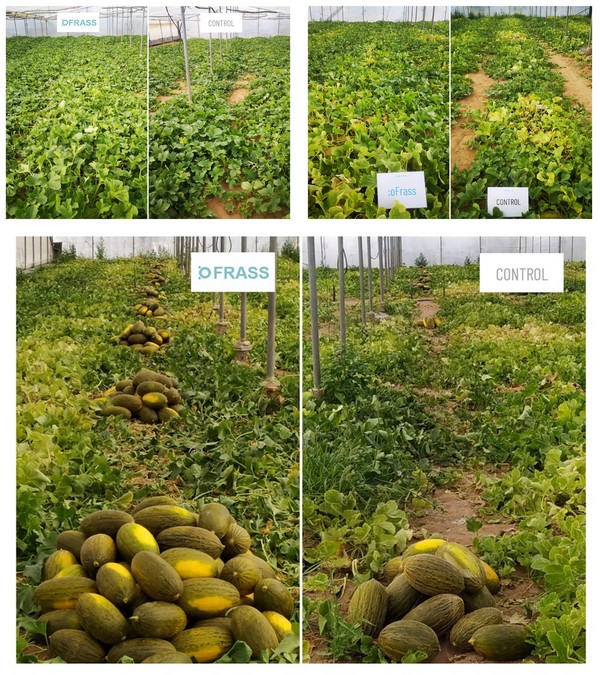 o:Frass trial on melons: crop comparison with and without the Tebrio solution on April 25 (top left photo), after the first harvest (top right photo) and after the second harvest (bottom photo).

New production plant in Salamanca
In the ten years since coming up with the idea of this initiative, Tebrio has followed a successful path that will be completed in 2024 with the completion of the company's new industrial complex, with which it plans to multiply its production capacity. 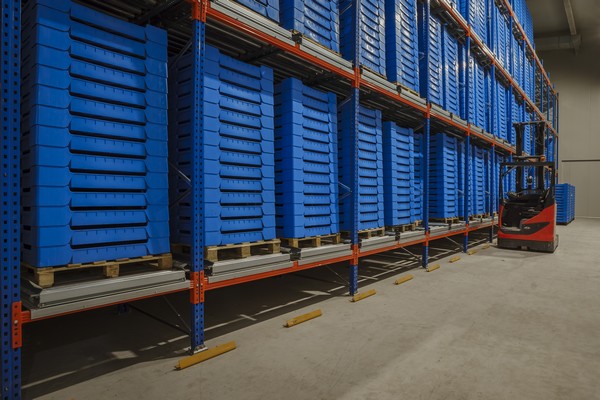 "In 2016, we built the first insect plant approved for feed in the EU. Just one year later, in 2017, we were the first company in the world to obtain market approval for :oFrass. It is also important to note that we are registered as a fertilizer breeder plant."

"In 2020, the backing of investors Criteria Caixa and CDTI to Tebrio gave the firm a very strong boost and we are currently building our new facilities for the manufacture of insect products in Doñinos de Salamanca, which will be fully completed in 2024. 70 million Euro have been invested and it will have 70,000 m² devoted to the breeding of Tenebrio molitor, with a production capacity of 100,000 tons of insect products per year," says Miguel Ángel Álvarez.