“We are excited to see so many customers in one place and get a chance to review our programs and lock in plans for the future,” said Ben Johnson, Bridges president. 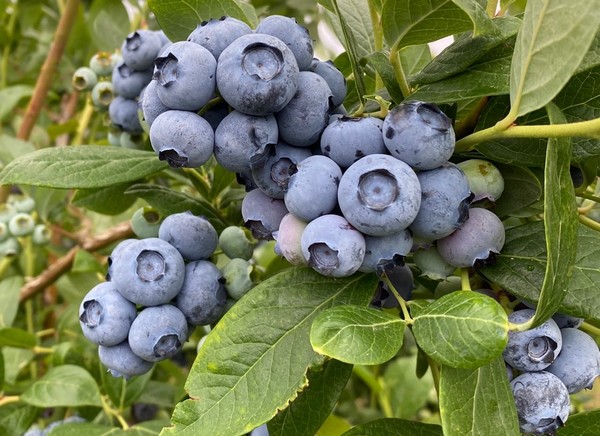 By mid-July, Bridges NW organic blueberry program (which runs from late June into September) will be at peak volumes shipping out of Washington.

The OPS comes at a great time for summer fruit sales and fall program planning. By mid-July, Bridges NW organic blueberry program (which runs from late June into September) will be at peak volumes shipping out of Washington. What makes blueberries from its partners in Eastern Washington so special are the tart/sweet Northern highbush varieties. They’re grown under intense sunshine with long days and dedicated year-round attention is paid to the plants that result in large sized fruit with excellent flavor.

It is also a time for discussing the upcoming fall season. Bridges has a robust and diverse organic fall program including NW apples, pears, onions and potatoes, Canadian grown cranberries and an extensive Mexican row crop program featuring hard squash, summer squash, cucumbers, eggplant and peppers. “OPS comes at a time when we can still adjust our crop plans to accommodate new customers and new program business,” says Johnson.

As a company built on the mission to further organic agriculture, Johnson says it really appreciates that the show is 100 percent focused on the organic produce sector. The fact that the show brings together organic produce-focused businesses from across the supply chain allows Bridges to meet with many of its partners new and old. The specialized nature and more limited size of the show allows for more face to face time with customers whom Bridges may miss or not get as much dedicated time with at the larger shows and to connect with new like-minded customers and suppliers.

Four members of the company’s team, representing a wide variety of product categories, will be in attendance so stop by booth #312.