“If we can get through this season, we can achieve anything”

The Star Ruby grapefruit harvest will start after the Easter weekend at Malelane Citrus (MSK), a grapefruit specialist that exports around 800,000 cartons (17.5kg) per year. The exports will then pick up every week until reaching the peak in middle May, running until the end of June, explains Christo Naudé of Malelane Citrus in Mpumalanga Province. 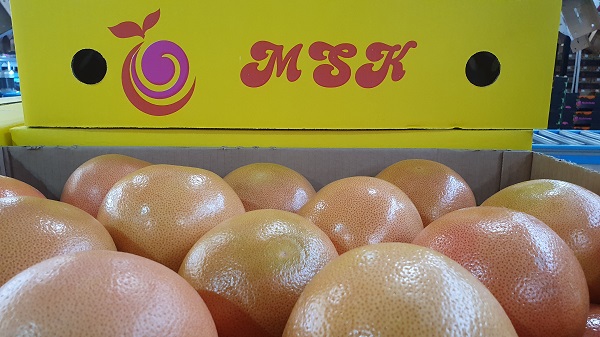 The citrus co-operative finished their lemons by the middle of last month (the lemon market is currently not strong) and the Valencias will start in July (he expects a lower Midknight and Delta crop).

Russia and Ukraine were good markets for large early grapefruit
On grapefruit, the count distribution looks much the same as last year, Christo says, that’s to say predominantly towards the larger end of the spectrum at counts 40, 35, 32.

These counts of large grapefruit is a specification that Russia (and Ukraine) would normally take, unfortunately, he says, while noting that there are still enquiries into grapefruit coming in from Russia, along with assurances of payment but it remains a very high-risk decision.

“If you look at the total industry, 8% of South Africa’s volumes of grapefruit would normally go to Russia, around 60,000 cartons for us specifically. But this year I think one should not be going anywhere with extra volumes, you should only fill your programmes, follow them up regularly to get a feel for the market, and for the rest the logistics chain is just too expensive.”

There will be South African grapefruit going to Russia, he remarks, but exporters will have to be very cautious regarding payment. 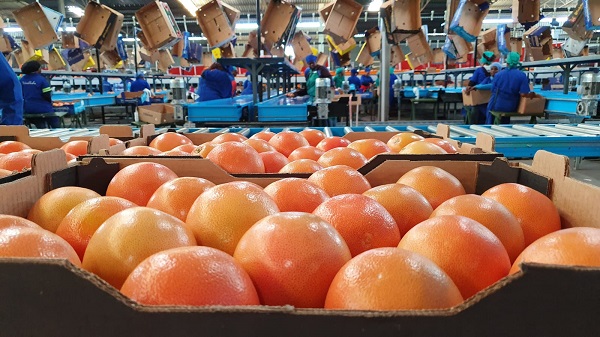 Ukraine used to be a good market for their large grapefruit, taking around 4% of Malelane Citrus’ counts 28 and 32 which, together with what would’ve usually gone to Russia, makes up around two-thirds of these counts, especially early in the season before colour is advanced enough for exports to the special markets (Japan, South Korea, China).

Last year logistical problems reduced the grapefruit Malelane Citrus sent to Ukraine, but they have in previous seasons sent around 20,000 telescopic 17.5kg cartons of grapefruit there. 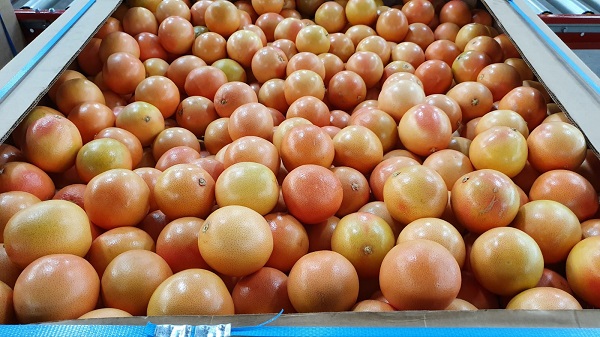 "The costs are crazy"
There are juice orders coming in from China and Europe but logistical costs have gone up so much that there will likely be a reduction in processing grade exports.

“I believe if we get our fruit out this year, and we’re ok, then we can achieve anything but we’re going to have to be so careful this year,” he remarks. “The costs are crazy - the cartons, the fertilizer, and then we’re not even talking about the shipping companies and freight increases.”

He observes that sales prices can’t follow the rise of input costs as consumers will shun grapefruit for other commodities although the grapefruit is unique, he notes, with remarkable nutritional value.