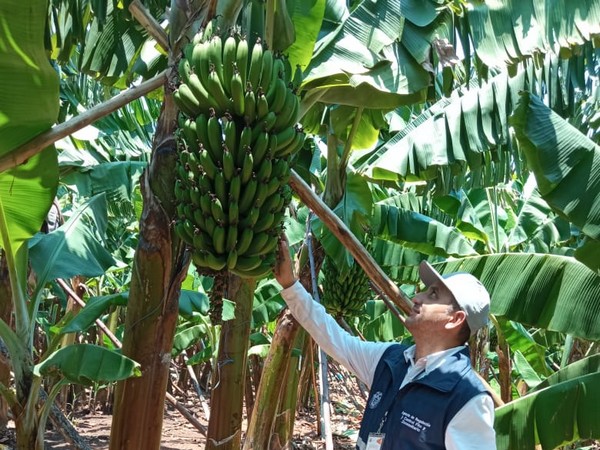 Ecuador, the world’s largest banana exporter with more than 140 000 hectares planted, is facing the risk of Panama disease infections following the recent appearance of this debilitating disease in neighbouring countries of Peru and Columbia.

Following a year of negotiations with the Ecuador government and visits to the Du Roi Laboratory with officials of the SA Department of Agriculture, Forestry and Fisheries, Du Roi received accreditation to supply this South American country. This ISO 9001 accredited facility has the country’s only bio-secure foundation block for elite selections of such banana varieties as the Williams, Chico, Apollo, and Nandi. All material is indexed for relevant viruses, bacteria and funguses and the Ecuador delegation was satisfied with the protocol in place as well as the plants’ complete traceability from foundation block to grower.

“It is important to note that Formosana has an intermediate resistance to TR4,” says Suné Wiltshire, Du Roi Laboratory General Manager. “It shows less severe symptoms or damage than susceptible varieties when grown under similar environmental conditions and inoculum pressure. The use of a tolerant TR4 variety like Formosana should form part of an integrated approach to the management of TR4.” According to Wiltshire the big advantage of Formosana is that the shape and taste of the bananas is still the same and that the product therefore remains very acceptable for the export market.

An earlier agreement with the Taiwan Banana Research Institute (TBRI) enables Du Roi to exclusively supply Formosana plants into Africa, the Middle East, Caribbean Islands, French West Indies and South and Central America. The TBRI has achieved success in the selection and use of disease tolerant somaclonal variants of Cavendish as part of the integrated approach to sustain the banana export industry in Taiwan.