This season South African marketer TopFruit were amazed by the excellent condition of ARRA 33 – ARRA Honey POP™ grapes upon their arrival in Germany at Global Fruit Point after almost six weeks of shipping.

"The past season, grape producers like all other producers, had to face global logistical challenges which meant in most cases, extended shipping time for fruit. ARRA 33 was no exception and was received in Germany on 13 January 2022, 6 weeks after harvest with rave reviews," said AJ Jansen van Vuuren, table grape manager at Top Fruit. 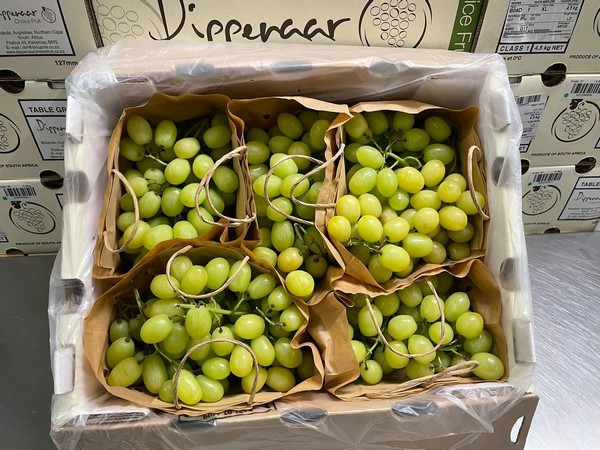 These grapes from Paul Dippenaar’s farm in Blouputs, Northern Cape were exported by Dippenaar Choice Fruit and are the first commercial export of ARRA 33 – ARRA Honey POP from South Africa. Feedback was that the berries were firm and tasted very good with good brix levels.

"Making it even more extraordinary was the fact that samples from this batch were kept in storage for another 11 days at 6 degrees Celsius and even after that time were still in a very promising overall condition. The stem condition remained very good and the consistency of the berries had not changed. 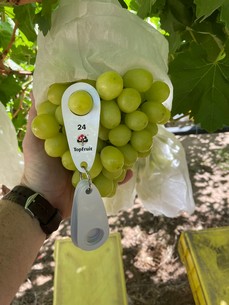 "Because of the excellent market feedback and good perception of these grapes, TopFruit’s ARRA 33 vine orders skyrocketed to more than three times what was expected. We are currently working on ensuring that we have enough plant material for all. In these uncertain logistical times, excellent storage ability is going to play a critical role in the future when producers make decisions of which varieties to plant. ARRA 33 should be one of the varieties on top of that list, said van Vuuren.

ARRA 33 – ARRA Honey POP™ is part of only three ultra-early white varieties in South Africa and of these three, we believe that ARRA33 stands out above the rest because of its producer-friendly advantages.

“With factors such as a later bud break and flowering time ARRA 33– ARRA Honey POP™ is a labour and cost-friendly variety with high fertility and as we can see from this year, excellent storage ability," says AJ Jansen van Vuuren, Table Grapes Manager at TopFruit.