"As the weather improves in Europe, melon and watermelon consumption will increase"

Watermelons and melons from Almeria have already reached the markets, although volumes for now are small, given that the campaign is still in its early stages. At this point, the reduction in the supply of overseas fruit has created a favorable scenario for the Spanish production.

"The off-season supply has been more limited this season, but this has allowed the markets to function a little better, because last year was a disaster," says Ramón Gil, manager of Algitama. "There was an excess of production that saturated the markets and caused prices to fall. But this year the supply has been lower, as both Brazil and Senegal have planted less." 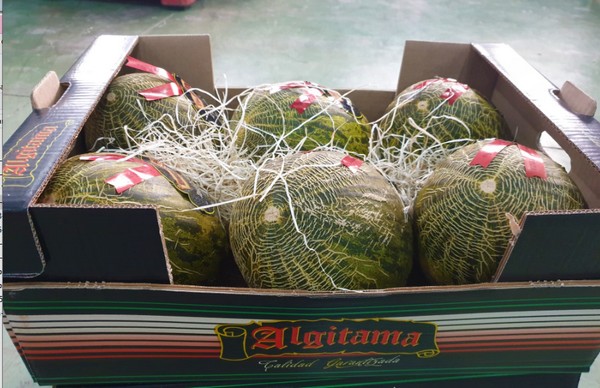 The Valencian company, based in the municipality of El Puig, has its own production in both countries. This allows it to supply melons and watermelons all year round. The transition to the Spanish campaign starts in April.

"We started harvesting watermelons in Almeria 2 weeks ago and prices have been quite high so far," says Ramón. "We are still at the beginning and we have to wait to see how the campaign will develop, but for the time being there is no excess production, which is good news."

The limitation in the supply is not only a consequence of the reduction in the production recorded by Europe's main suppliers. The logistic difficulties affecting maritime transport have also caused delays in the arrival of fruit from Senegal. Moreover, the weather in Spain has been too mild and rainy, which has slowed down the fruit's ripening and taken a toll on the supply. The weather conditions have also been adverse in the rest of Europe, so the demand has also been affected.

"As of next week, there will already be a much greater production," says Ramón. "For now, most of the demand is mostly in Spain, because Europe is not yet responding, but as the weather improves, we should see an increase in the consumption of melons and watermelons." 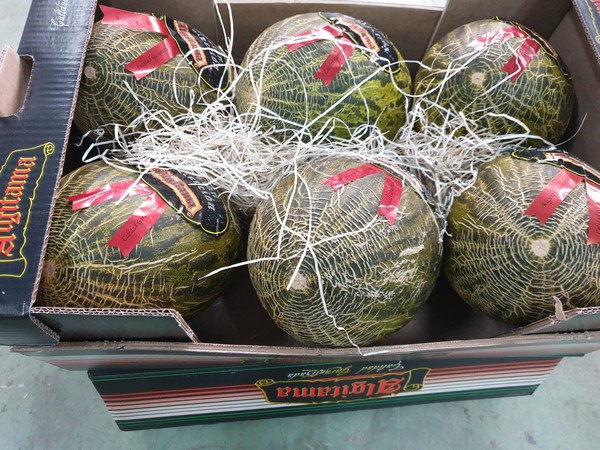 European markets are, in fact, the main destinations for Algitama's fruit. In Spain, the company works in the wholesale segment and has its own stalls in the Valencia and Madrid markets. It also works with supermarkets, which account for the most important part of its activity; around 70%, according to the manager.

"We produce and market striped and black seedless watermelons and Piel de Sapo and yellow melons. The market currently prefers melons of a medium size, so we also produce the Mini Oro melon; a smaller Piel de Sapo that we sell both in the domestic and export markets," says Ramón Gil.