Texas citrus growers concerned about the future and drought

“Citrus managed to get through this year fine and depending on rainfall, we’ll make it through our next season. But that remains to be seen. It’s still a critical situation with water.”

So says Dale Murden from Texas Citrus Mutual of the current situation of Texas and water--how much of it there is essentially and how this affects growers. As Murden points out, Texas is in a unique situation. “Our irrigation is surface water from the Rio Grande river and that’s also a source of water for Mexico,” he says. In the 1940s, treaties were created to determine how that water is shared as the two countries share one river. “But they’ve been dry and we’ve been dry,” he adds.

As he notes, its reservoirs, Lake Amistad and Falcon Lake, currently have a shared 30 percent of reservoir capacity. Last year at this time it was approximately 37 percent. “So we’ve been in a situation for a couple of years now where it’s been pretty tight on water." 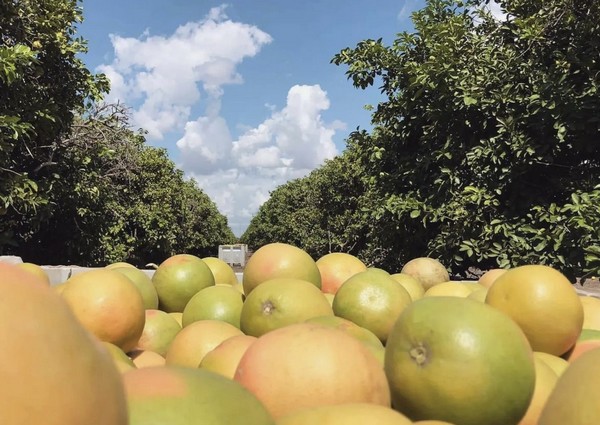 Citrus growers do buy up additional water allocations when they can and store them for the following year.

Waiting on rain
So with groundwater ruled out as an option for citrus due to quality concerns, that leaves growers waiting for rain, although Murden notes that citrus growers do buy up additional water allocations when they can and store them for the following year. “Our rainfall is frustrating. We had four inches of rain in September and four inches in August but we’re so bone dry right now, that you couldn’t tell,” he says.

However, Mexico has been the recipient of recent tropical storms which in turn have reportedly filled their dams up over 100 percent. “Their situation has improved greatly. For Texas, it’s still a critical situation with water.”

This year, Texas will have about 70 percent of its normal average crop coming back from the freeze and the quality looks good.

Other options?
As for solutions, Murden says it’s essentially waiting on tropical storm systems to fill up the reservoirs. “People think about desalinization and things like that but until those get economically feasible, we’re at the mercy of Mother Nature,” he says.

Meanwhile Texas citrus is underway with its harvest of both grapefruit and oranges. And the drought issues fall on top of two other climate-related issues Texas citrus growers have contended with in recent years: the freeze in February 2021 and before that, Hurricane Hanna in July 2020. “We’ve had a trifecta of disaster between hurricane, freeze and drought. This year, we’ll have about 70 percent of our normal average crop coming back from the freeze and the quality looks good. Happy to see us going and get back into the game."