"Moldavian plums have been accepted in the German market"

Around the same time as last year, Macoo Ltd was able to unload the first plums from Moldova last week. The first deliveries were marketed relatively quickly. "Several importers have held back completely this year, due to poor quality. However, our first deliveries testified to excellent quality, both in calibration and in shelf life and coloring," said Marco Henschke, managing director of the eastern German branch network. The Dresden-based company is considered a specialist importer of Moldovan plums; it is now starting its third marketing season. The produce is being sourced from a new supplier for the first time this year.

"The goods are a bit more expensive this year than last year, but so far this has been justified by the excellent quality," Henschke continues. "Last year we were able to offer Moldovan goods until just before Christmas, although it was a somewhat weaker season in terms of quality. Depending on the quality, normally there will be Moldovan goods for sale until week 47-48. Otherwise, unlike other years, we will not speculate too much. That is, we will import and market exclusively the already planned volume of 24 trucks, which corresponds to a total of almost 500,000 kg. Because we don't know how the market will develop in these uncertain times."

Macoo Ltd, with a total of ten locations in the eastern German regions, has been able to assert itself in recent years as one of a few specialist importers of Moldovan plums. Henschke: "60-65 percent of our imported plums now come from Moldova. The rest we get mainly from Bosnia and Serbia. Domestic plums are now almost cleared, which is why we had a seamless follow-up to the Moldovan season this year."

The end of the season for domestic produce is also reflected in demand, he said. "Until a week ago, it was still, 'We still have produce from Germany and Macedonia or Poland,' but now demand is going up rapidly." 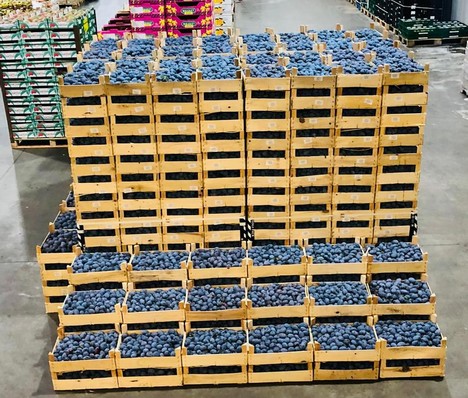 Major investments in cultivation, cooling and storage technology
Despite increased transportation and procurement costs, logistics have worked smoothly so far, he said. On the sales side, the 30/35+ calibers are most popular with consumers, while the Stanley variety is by far the number one cultivated variety in Moldova. "With our finger on the pulse, we have invested generously in cultivation technology, cooling and storage in recent years. This has led to many farms being comparable to German farms in terms of equipment."

Due to the war situation in neighboring Ukraine, Russia has largely fallen away as the main sales market. Accordingly, Henschke says it cannot be ruled out that there will also be increased quotas in Germany in the coming years. "Moldova has quickly established itself, especially in plums - not only in the specialized trade, but also in food retail. People are already asking specifically for Moldovan goods. A sign that the plums have found their acceptance on the German market." 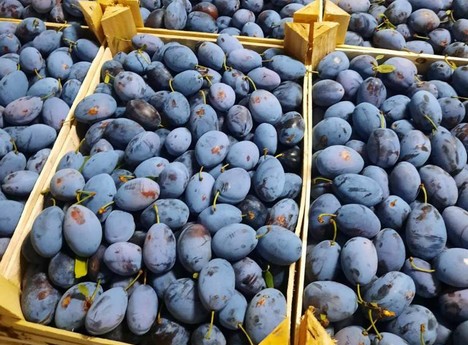 Need for development in apples and table grapes
Henschke, on the other hand, sees fewer sales opportunities for other fruits from the Eastern European country. "Due to our high level of self-supply and the higher logistics costs for imported apples, it will probably be difficult to offer Moldovan apples on the local market, although the goods are very nice in terms of quality. I am also skeptical about table grapes, Moldova's third largest agricultural product, due to the variety selection, at least as far as the regular segment is concerned."