Total apple production is, thus, three percent lower, while for pears, it is three percent higher than last year. That is what a harvest estimate group's figures show. This group includes representatives from the Netherlands Fruit growers Organization (NFO), Central Bureau of Statistics, and GroentenFruit Huis. Delphy works out the estimates. 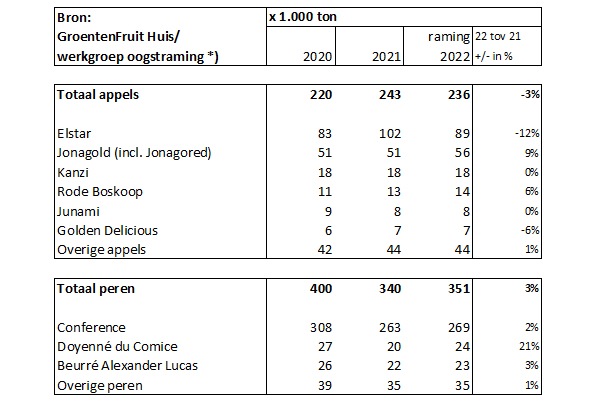 Elstar and Conference's decreased yields mean Dutch apples and pears have an improved market perspective. Here, it is vital that the markets are served continuously. Most apples and pears sell at good shelf prices. The NFO wants to emphasize that this should allow for higher grower prices to cover the higher cost price.