Susi Bonet from Cambayas: "Prices are higher, but they only cover the increase in costs"

Last week, producers started harvesting the first Breva figs of the 2022 season in Elche and Albatera.

"The harvest started late and there is 30% less fruit this year because of the excessive rains in March and April," stated Susi Bonet, from the commercial department of the Cambayas cooperative, in Elche, the largest producer of Breva figs and fresh figs in Spain. 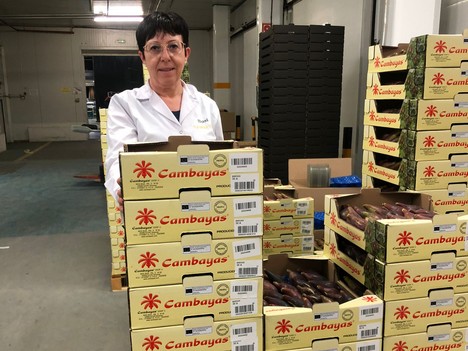 "The Breva fig is harder to produce than the ordinary fig and our area is one of the few in Spain where it can be produced," she added.

According to Susi Bonet, the harvest is slow, but so is demand. "When we take into account the availability of fruit that we have this year, we are not noticing a buoyant demand. Prices are higher than last year, but we won't have an increase in our profit margins because they are only covering the increased costs we are experiencing due to inflation. At the same time, consumers are finding that the product is more expensive than last year," she said.

"70% of our sales are being carried out in the local market, both in the retail and wholesale channel, at the moment, where demand is much higher than in the rest of Europe and where prices allow us to cover production costs. Exports are proving to be less viable because of the increased transport costs and the prices we're being offered abroad," Susi Bonet stated.