Tropical storm Nicole made landfall as a hurricane in eastern Florida this morning. Nicole was centered about 30 miles southwest of Orlando around 7 a.m. ET this morning. The storm is causing heavy rain and damaging winds throughout Central Florida before heading north towards Georgia and North Carolina. Many regions of Florida are still recovering from Hurricane Ian which caused severe damage to citrus, tomato, and vegetable crops late September.

“Again, citrus, potatoes and vegetables in Central Florida are expected to be in the path of the storm,” says Jose Roggiero with Freshway Produce. “Although most of these crops were harvested during summertime, there is some planting at the moment.”

Pepper and squash plantings are in the storm’s path,” says Neil Mazal of East Coast Farms & Vegetables in Lake Worth, Florida. Some pepper growers have decided to pick some crown off the pepper plants to reduce the weight strain on the bush, but there is not much else they can do to prevent damage. Hank Scott with Long and Scott Farms in Mount Dora expects heavy winds to beat up the sweet corn and the corn maze as the wind circles around. “Depending on the speed of the hurricane, the wind and rain may stay for a day and a half or more,” said Scott. “This could result in a worse outcome than Hurricane Ian by the time it is all over. Let’s just hope and pray for the best, surviving with the ability to finish our fall season.” Mazal on the other hand mentioned the storm is projected to move rapidly, leaving growers optimistic they will escape severe flood damage.

Exotics
There is reason to be concerned about exotic products like passion fruit and dragon fruit. “The storm will pass very close to where we source passion fruit, so we will be alert to any disruptions or losses in crops after the storm passes today,” says Melissa Hartmann de Barros with HLB Specialties. The winds and rain may affect the fruit that is expected for cropping in early next year. Central Florida dragon fruit got a lot of rain from Hurricane Ian in September and might experience heavy rains again. “Our hope is that poles don’t fall down and that farms don’t get flooded,” said Roggiero. “Dragon fruit in the Homestead area will be fine since it is not in the path of the storm,” he added. Homestead is the area where most of Florida’s dragon fruit production takes place. Following the damage from Hurricane Ian and Nicole, Roggiero expects production volume of dragon fruit from Central Florida to be restricted next year. 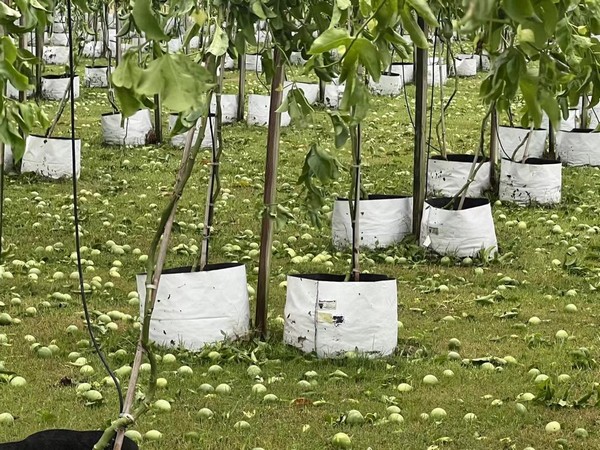 Logistics
HLB Specialties has a container waiting to be unloaded at the Port of Miami. However, the Port sent out a message it closed Tuesday night and was expected to open sometime this morning, weather permitting. “If the port closings continue until today, we may not see that container until Monday as the Port is closed for Veteran’s Day on Friday,” Hartmann de Barros said. “We are just hoping the container gets released on time before the weekend, so our sales don’t get impacted negatively.”

As of last night, HLB hadn’t received any communication from the trucking lines regarding delays. “However, we could see disruptions with logistics as it will become dangerous for trucks to be on the road going north,” shared Hartmann de Barros. “They may be able to take a Florida West Coast route northbound to avoid any stronger winds, but we remain alert to any announcements.” 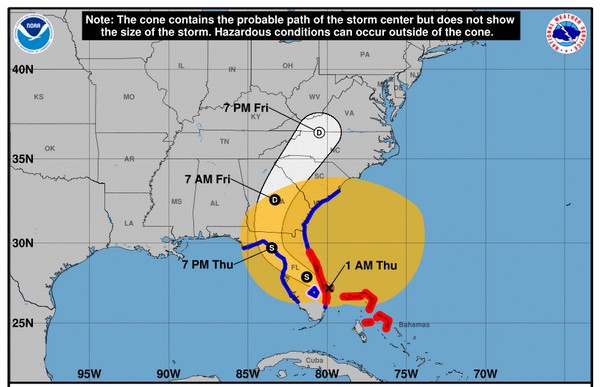 Georgia
From Florida, the storm will make its way over to Georgia. Here, growers are nearing the end of their growing season with the exception of cabbage and greens. “Hopefully, by the time the storm reaches South Georgia the wind and rain will diminish,” said Mazal.

“Markets have been quoted at higher levels for peppers and cucumbers this season, but have shown weakness lately for eggplants and squash,” he shared. “As a result, most growers have had a successful season. Green bean prices are expected to stay elevated, although off season highs, through Thanksgiving and any damage to this crop could push markets much higher.