Early South African cherries have the world stage to themselves

The local market has been filling up with South Africa’s earliest cherries which are also, fortuitously, the only cherries harvested anywhere in the world this time of the year for a period of six weeks.

FreshPlaza visited ZZ2’s cherry orchards on Toscana Farm, near Lanseria, Gauteng, where harvesting started in week 39, the earliest they’ve yet managed (and next year they’d like it earlier still). 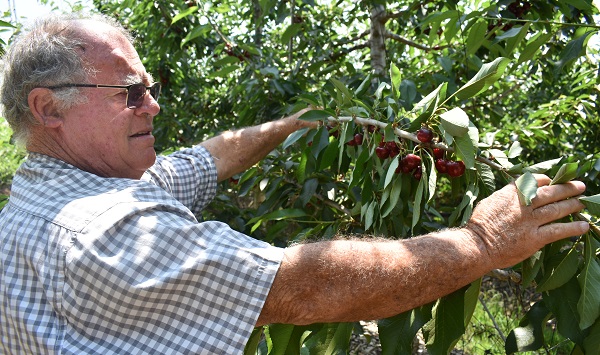 Piet van Zyl, general production manager at ZZ2: "To get to this point is not easy"

The demand for these early cherries is high, and at the start of the season it’s difficult to satisfy demand from retail and from overseas buyers – a problem they are very happy to have: growing cherries in the north of South Africa has not come without paying a hefty amount of school fees, remarks Piet van Zyl, ZZ2’s general production manager.

“It’s a nice commodity to work with when you’ve reached the harvesting stage,” he says, “but to get to this point isn’t easy. It’s difficult to farm cherries in the north of the country, and to get it right, but the marketing window is perfect. What people don’t realise, is that you can grow something very successfully in the Western Cape and then you try to grow it here and you’ll find there is a vast
difference.”

The crop now in the orchards of Toscana is meeting their highest expectations – where before, on other cultivars, they didn’t manage to get the balance between yield and sizing optimal for both the local and different export markets. 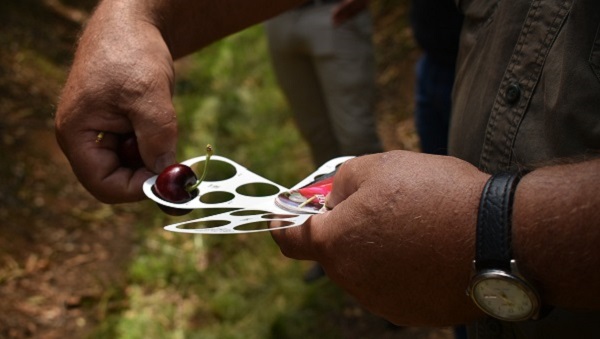 They plant low chill varieties developed by Zaiger Genetics. A quarter of the Toscana cherry orchards are Royal Alida on various rootstocks which have a significant impact on the quality and size of cherries.

On the day of FreshPlaza's visit, picking teams were busy in four-year old Royal Alida orchards, where rain covers were recently installed. Inside the orchards the temperature drops markedly, ameliorating recent heatwave conditions while, during frosty winter nights, retaining warmth.

Every hour picked fruit go into a hydrocooler situated within the orchards and then to the ZZFresh packhouse on-site where it is packed for retail, while export cherries are packed at ZZ2 Mooketsi. 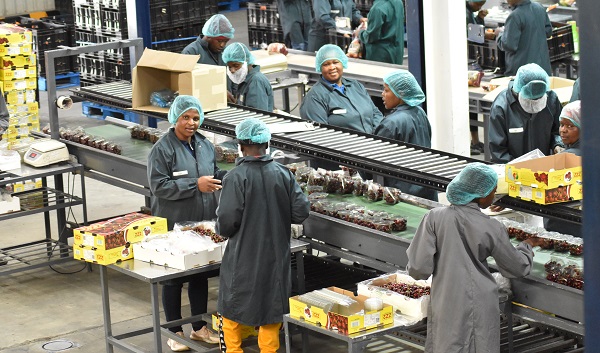 Cherries packed for South African retail at the ZZFresh packhouse

Many new cherry orchards in South Africa
South African cherry production has briskly grown over the past few years (almost all of it concentrated in the Western Cape) and South Africa now grows around 600,000 cartons or 3,000 tonnes of cherries.

By the time the cherry harvest starts in the Western Cape, the cherries from these orchards will be finishing up. 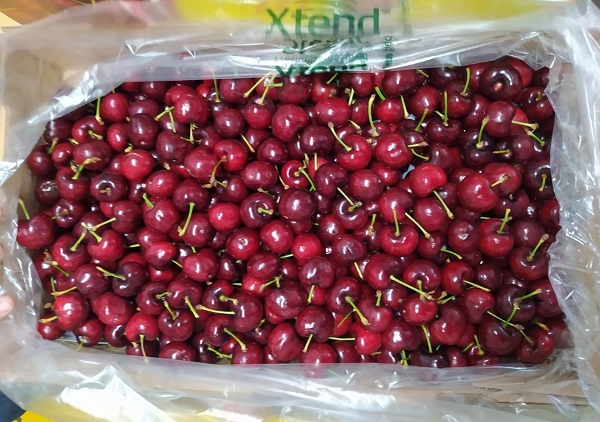 “South Africa enters the market just as the Canadian cherry season ends,” he says. Tom and his colleague Bruce McGlashan, responsible for due diligence and compliance at Norton Folgate, were in South Africa visiting various cherry orchards across the country and Tom remarked on the year-on-year growth they’d seen in cherries. They had also been visiting cherry growers in Argentina and Chile.

At the moment all of ZZ2’s export cherries are flown out, and internationally marketed by CoreFruit. 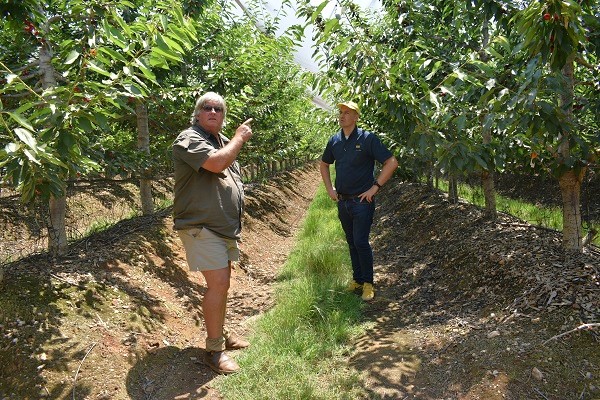