Papua New Guinea to embark on developing avocados as an industry

Nestled at 1200 metres above sea level and blessed with some of the most fertile valleys, avocados have been grown by villagers since the 1950s. Papua New Guinea has the potential to supply avocados all year around with it's tropical climate and ideal conditions.

Avocados were originally introduced into Papua New Guinea in the late 1870s but never developed like other tree crops, such as coconut, rubber, coffee, palm oil and cocoa, which have gone on to gain industry status. Introductions of the seeds were first done by early German settlers in Rabaul in 1870s and later by the Seventh Day Adventists missionaries in Goroka in the the 1950s. The early introductions were West Indian varieties and the later introductions were Guatemalan and Mexican varieties. 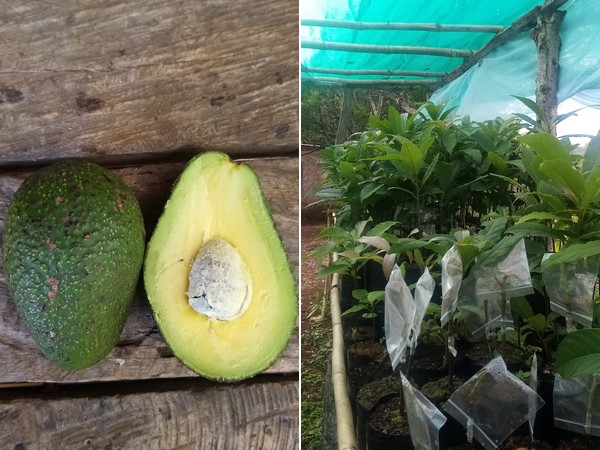 There were other introductions by the Department of Primary Industries (now Department of Agriculture and Livestock) of the clonal cultivars from Australia for propagation and distribution to growers  in the 1970s and 80s but were only confined to the research stations and never achieved its intended purposes.

Project initiator and Secretary of the Eastern Highlands Agricultural Society, Solepa Aganisafa, said avocado as an alternative crop as the potential of being developed into an industry and will create wealth and economic opportunities for the country. Solepa has commenced trial planting of the avocado seedlings on his property after initial research into avocados at the end of the year 2020. He has identified the main commercial varieties such as Hass and other varieties such as Shepard, Fuerte, Pinkerton and Reed, within the locality and is using Reed avocados for the rootstock.

He said there is local demand for quality locally grown avocados but supply is inconsistent as no one is commercially growing avocados. As the Secretary of the Eastern Highlands Agricultural Society, he is talking to stakeholders locally to make this happen.

Mr. Aganisafa is is looking to visit New Zealand next year during the World Avocado Congress to engage and learn from the global avocado industry players. He said they will be visiting accredited nurseries in New Zealand to discuss the possibility of sourcing cleaned avocado seedlings. They will also be looking at establishing a potential outgrower partnership with international firms.