On 4 August 2022, more than 200 international representatives from the apple and pear sector joined Prognosfruit 2022 in Belgrade, Serbia, the first in-person Prognosfruit event after two online editions, to discuss the 2022 production forecast for apples and pears. 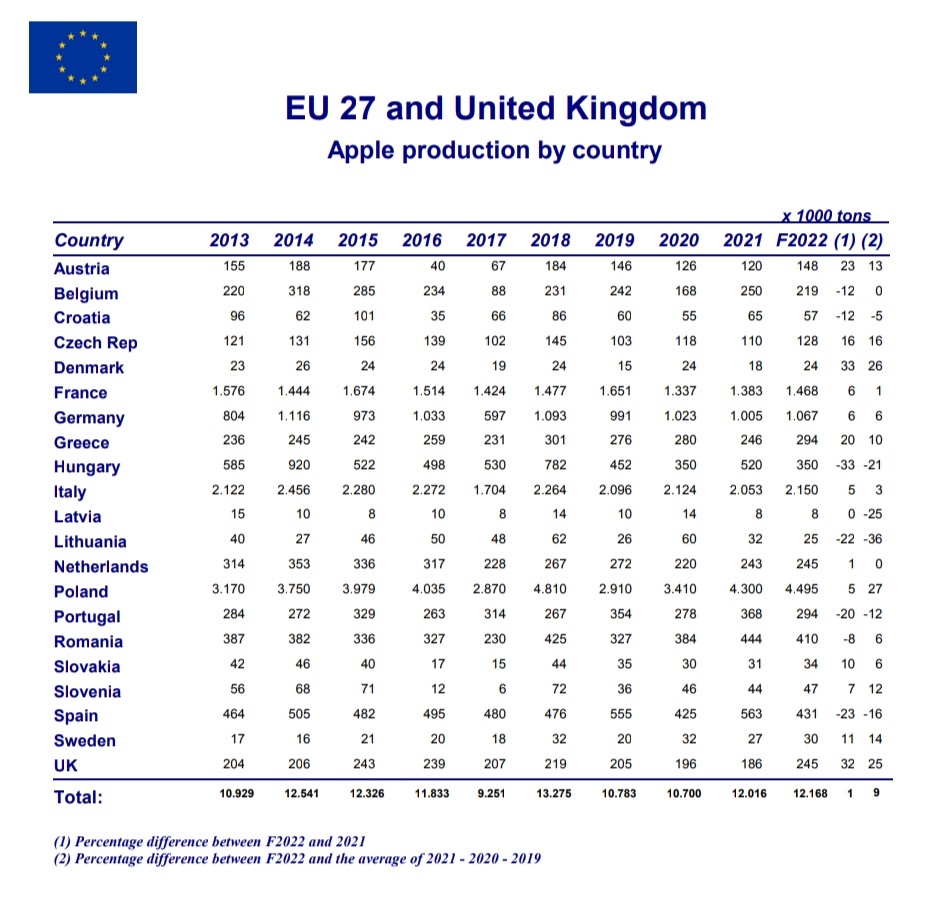 The World Apple and Pear Association (WAPA) released the 2022/2023 European apple and pear crop estimate on the occasion of the 47th edition of the Prognosfruit, which took place on August 3-5 in Belgrade, Serbia, returning as an in-person event after two years of  online editions. Philippe Binard stated: “The apple production in the EU27 and UK is estimated to increase by 1% to reach 12.167.887T compared to last year. This year’s crop is also forecasted to be 9% above the average of 2019-2020-2021”.

The European crop continues its adaptation to the varieties and quality specifications demanded by consumers. Dominik Wozniak, President of WAPA, indicated: “The prospects for the upcoming season are positive, although the sector will have to be prepared to face a variety of challenges including significant rising costs impacting the competitiveness of the sector, intense weather conditions, logistical issues, inflation, and difficulty to secure seasonal workers, with the ultimate goal of increasing consumption thanks to the quality of the products of the season and reverse the recent negative trend”.

Philippe Binard added: ”The EU pear crop for 2022 is estimated to increase by 20% compared to last year's record low crop of the decade and by 5% compared to the 3-year average, rising to 2.077.000T, mainly due to Italy and France more than doubling their production compared to 2021 (reaching 473.690 T and 137.000 T respectively), although, in the case of the former, the crop remains below its full potential.”. WAPA will continue to monitor the developments of the Northern Hemisphere crop and will issue updates when available. 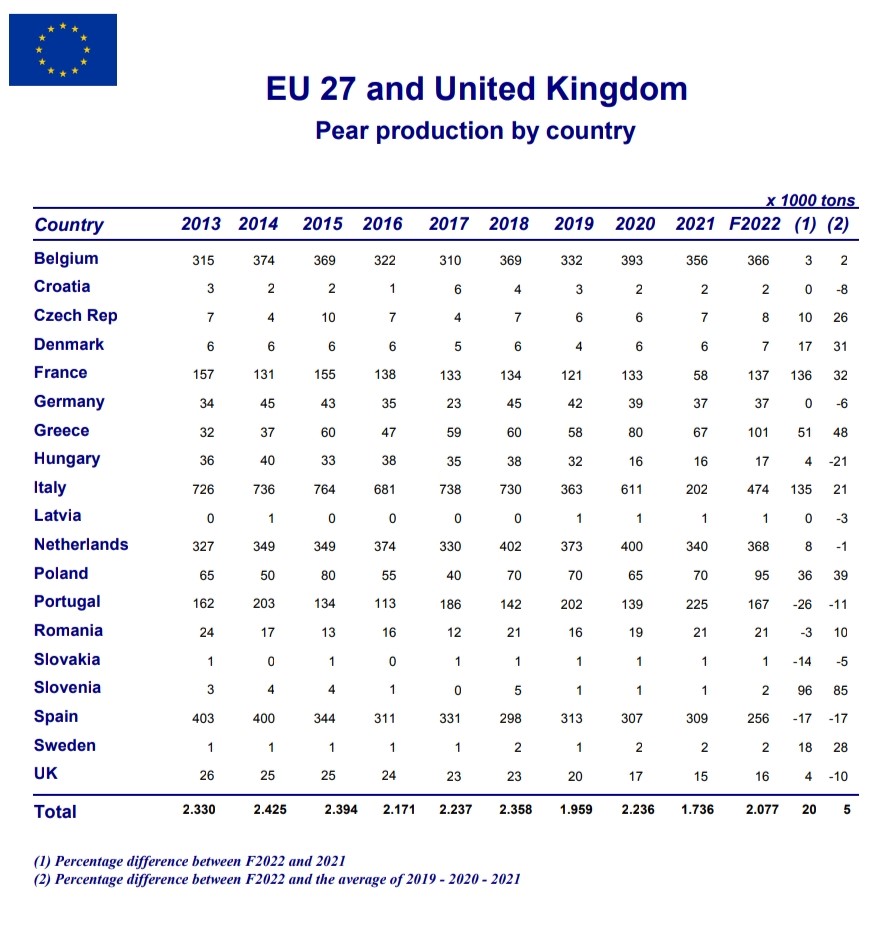 The 2022 Prognosfruit Conference gathered more than 200 apple and pear sector experts from 23 countries. The event, organised by WAPA and Serbia Does Apples, featured the forecast and market analysis for the European apple and pear market as well as an overview of the latest trends in processing, organic, and the cider market. Luc Vanoideek (COPA COGECA-VBT) commented: “ The Belgrade meeting was the ideal opportunity to learn more about the development in the EU neighbourhood, including Serbia, Moldova, Ukraine, Turkey, as well as the Central Asia and Caucasus region” He further explained: “The additional contributions from representatives of China, India, and the USA provided to the conference a global outreach with the full picture of the whole Northern Hemisphere crop forecast.”