Turkish cherries did well versus their competition in California

There are just a few more weeks until the Turkish cherry season comes to a close. Although there was lower demand in Europe, one exporter states that they’ve managed to get ahead of their competition in California. Due to the issues in Europe, Russia was also a good market for the cherries from Turkey.

Coskun Eren, marketing manager for Turkish fresh produce exporter Eren, states that their cherry season is almost coming to a close, but the season was satisfying overall: “I must say the cherry season was good overall. The western harvest areas had good volumes, whereas the central and eastern harvest areas had lower volumes compared to last years' harvest. This was mainly caused by the extremely cold weather during the winter. The lower volume caused the sizing of the cherries to be bigger, thus the product was quite marketable. Prices were affordable, quality was on par, traders had to be careful especially since many regions are harvested at one time. We have another two to three weeks of harvest left, after that we will end the season.” 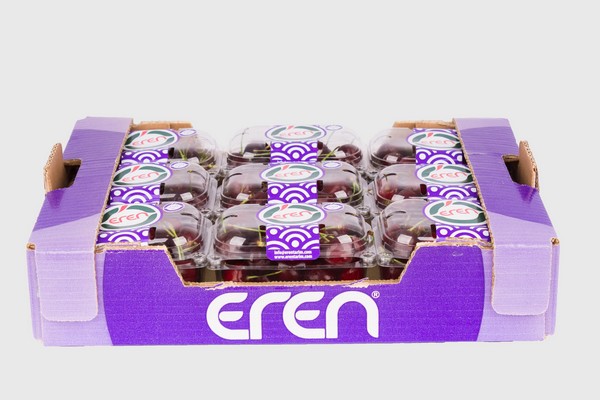 The Turkish cherries had an advantage compared to their Californian competitors, Eren explains: “This year, Eren did better than the previous years. Especially in the air cargo area, Californian cherries are our biggest competitor and them being a little late into the season has widened the room we have for export. The result is that we exported at least double the amount in air freight compared to the previous year. Russia and the EU still having issues also strengthened our exports to Russia this year and we increased the volume of truck-based orders as well. The EU exports were subpar this season but overall we had a good season. Our most important markets were Russia, Belarus, North America, and the Far East markets.”

As certain harvest areas finished rather quickly, the pressure to harvest the cherries from more areas at the same time ramped up, Eren says. “Our major challenge this year was that the product harvest areas finished a bit too quickly. Normally Turkey has over 10 major zones where you can harvest cherries for export, as an exporter you move along these zones as the season progresses. Normally you would be in two, or maximum three zones at a time to get the best value and quality, but this year some zones ended very quickly and we had to harvest from four or five zones at the same time to meet the demand. This was quite hard to do since we have internal quality procedures and analysis procedures to meet, having five teams in five different cities and operating and coordinating everything all at once was a big task.” 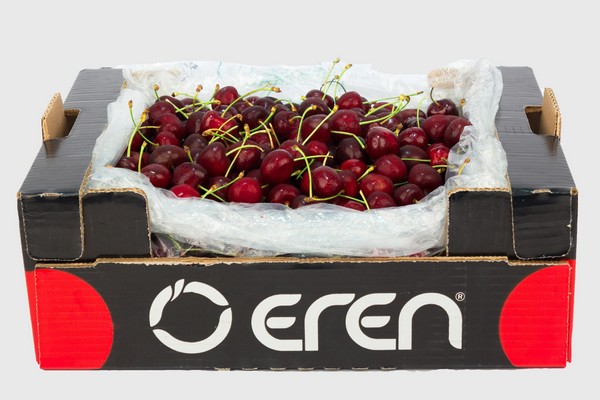 The lower demand in the European Union meant that the prices of Turkish cherries were actually lower than they could have been: “At the start of the season, prices were high, as per usual. However, they weren’t that high if you compare the prices to the usual season progress. This enabled us to start early and get ahead of California in many areas. The average pricing of the season was affordable, I suspect the EU and the local demand being lower this year has pushed the pricing lower.”

“Before the season is finished we will continue for a few more weeks with shipping the products, trying to meet the demand as best we can. We have a religious holiday in front of us, so we’ll have a short break and then continue. Bigger sizing meant a more marketable product, but you need to have multiple teams harvesting non-stop when you have lower cherry volumes, and this is not something every exporter can do. This year we pulled it off nicely, and it is paying off!” Eren concludes.