Hans Widmann: "Three hearts are beating in my chest"

For the new blueberry season, Herbert Widmann Ltd is starting with goods from three growing regions: the Lüneburg Heath, Bavaria and Romania. Hans Widmann, managing partner of the company, informs us that the blueberries from all three regions have so far been of good quality. 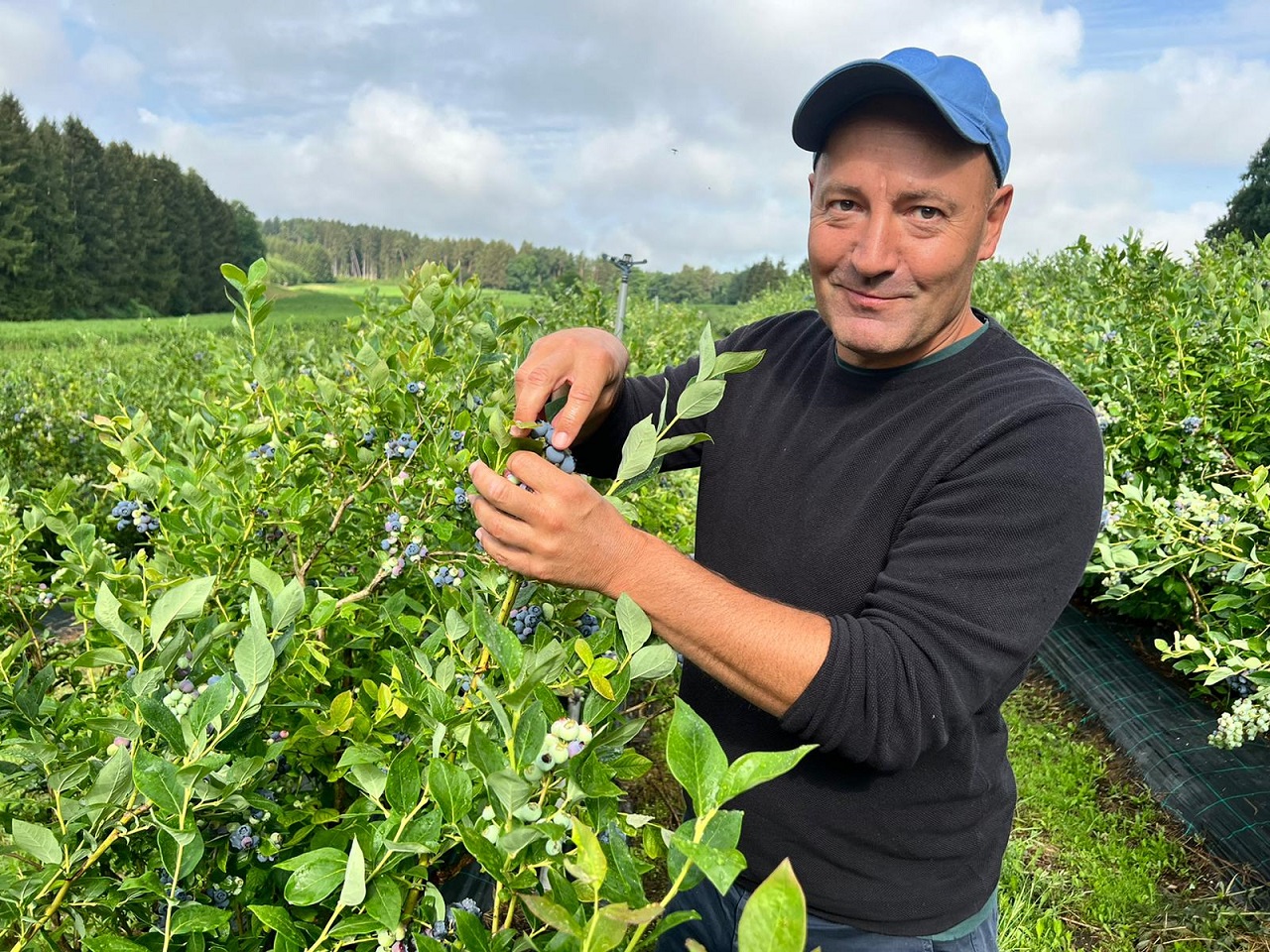 "We expect prices to develop at about the same level as last year - but with higher costs. However, we hope to be able to compensate for this with larger harvest volumes," Widmann said. Demand, he said, is again moving in a good direction. "We started early enough with commercials, which is essential for marketing. In the past, there was a gap in the last two weeks of June. But this year, promotions are off to a good start."

The Bavarian blueberries are grown on 50 hectares near Aichach and marketed in Bavaria, while the Romanian produce is sold in Romania and some in Germany and Austria. The "fat blues" from Lüneburger Heide are in turn distributed throughout Germany.

20 percent more blueberries from all three regions
For

Romanian blueberries, there are good areas with sufficient pickers available, coupled with good to very good climatic conditions, says Widmann. "In Romania, we have already been harvesting for two weeks. So the Romanian produce is the first to hit the market after the Spanish season, before moving on to the German," Widmann says.

"Our affiliated growers in the Lüneburger Heide region, who are managed by Nordgemüse Krogmann & Co., will
also start the open ground harvest this week. As there were no frosts, neither in Germany nor in Romania, we expect full yields this year. We expect about 20 percent more blueberries from Lüneburger Heide, Bavaria and Romania."

On the marketing of blueberries
"Marketing the Bavarian blueberries in Bavaria is much easier because we can market them regionally. Unfortunately, this is not possible in the Lüneburg Heath in this way. Our growers would like to see the 'German origin' highlighted and given more appreciation," says Widmann. In the trade, one finds the local produce in small formats, while large formats are used for the foreign produce, such as for the Romanian produce or also for the blueberries from Poland, which will start in two weeks. "The costs for the German goods are noticeably higher, but unfortunately this is not rewarded in terms of price." 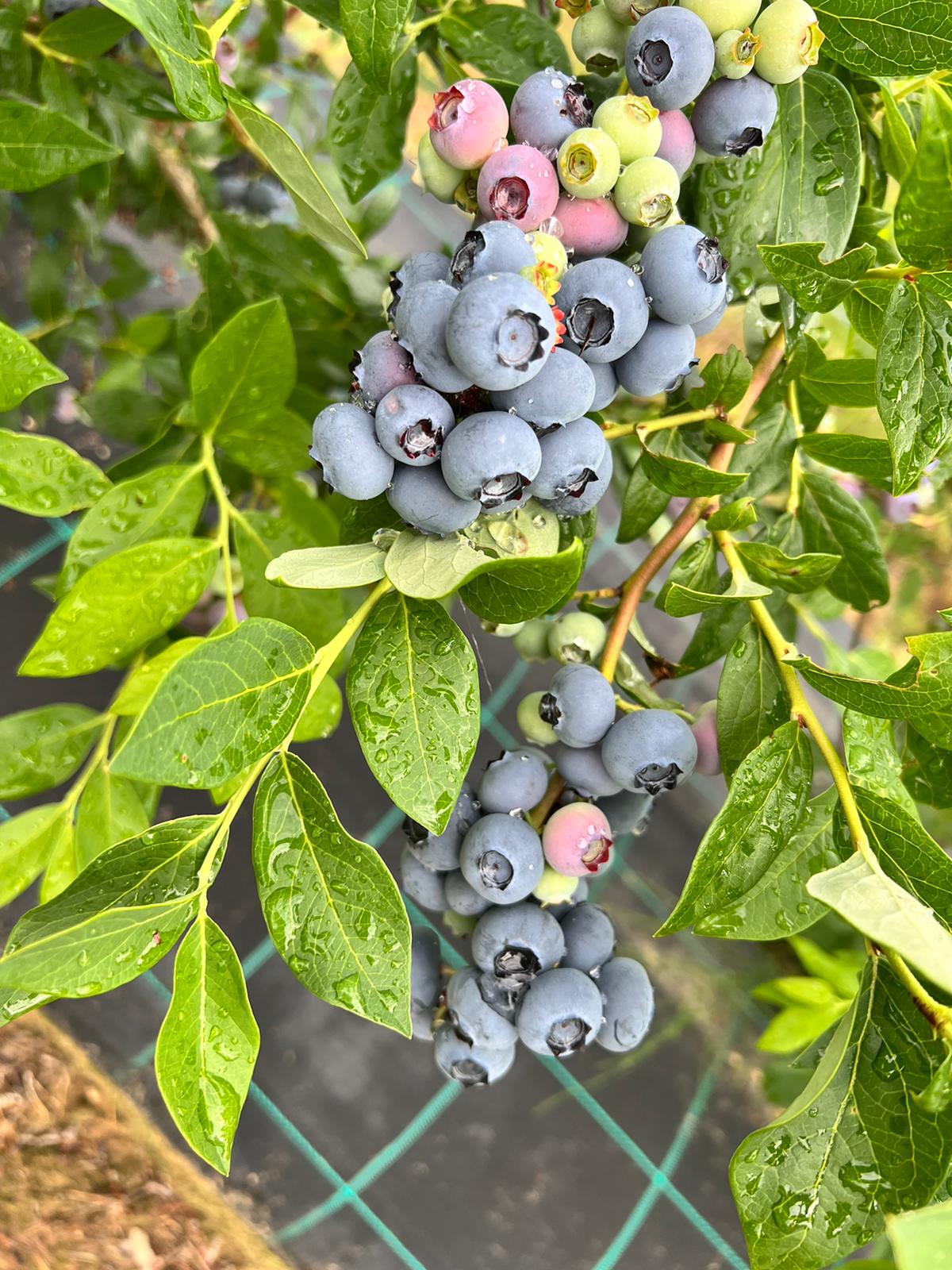 specialist wonders, however, why Peruvian blueberries are already on the shelves. "When it's peak season in Europe and large quantities are already being marketed from countries like Germany, Romania and Poland, we don't need additional blueberries from Peru, packed in 125-gram trays." Especially since the local product is mainly marketed in 500 gram trays, which Widmann says is both more sustainable and more cost-efficient.

Dominant variety: Duke
Herbert Widmann also purchases additional goods from Serbia, with the Serbian season lasting about three weeks and the early variety Duke arriving in the markets at about the same time as the Romanian goods. According to Widmann, the Duke variety also dominates in Germany and Romania. "This is an early variety that has a lot of yield and is of good quality. However, later varieties such as Drapers and Last Call are also becoming more popular," Widmann concludes.