Ecuador’s banana industry, which came to the brink after 18 days of protest action by indigenous people, is eager to resume farming operations, clear the backlog of over 1 000 containers and continue with exports. This is after the government and the protesting indigenous community reached an agreement late yesterday to lower fuel prices and meet their other demands. 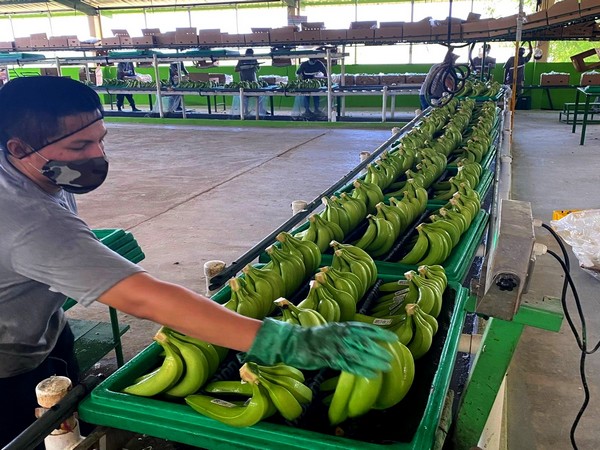 According to a very relieved Richard Salazar, Executive Director of the Ecuador Banana Marketing and Export Association (Acorbanec), their banana industry was on the brink of major disaster if the protests were to continue for much longer. “We are happy the dialogue between the Government and the indigenous people took place to solve this problem. Unfortunately, the country has already lost. We are still assessing the losses to our industry. We estimate to date around $20 million dollars lost due to not being able to export, however, we still need to quantify the properties, vehicles, etc. We have not fired anyone, but the normal performance of their activities has been affected by the strikes. Last week, stoppages and road closures caused suppliers of the banana producing and exporting sector to be unable to deliver their products and services normally, almost 38% were unable to do so. Farm workers were also limited by not being able to go to their workplaces, around 18% of them, affecting the cutting and packing of bananas.”

“Several banana cuts scheduled for export were not carried out due to the above. Many of the containers with bananas that were cut were stopped on the highways, and those that managed to pass arrived late at the ports and the ships had already set sail. They had to connect at the port terminals to ship them for the following week, however, it generated two situations of breach of contracts with foreign clients and expenses to the export sector as a connection, etc. in short approximately 1,000 containers of bananas could not be exported last week. This week there were still road closures, affecting the normality of operations, not with the intensity of last week but it did affect the sector,” explains Salazar.

Reports estimate the losses to Ecuador’s banana sector at $37 million. The Confederation of Indigenous Nationalities of Ecuador (Conaie) who led the nationwide protests from Monday, 13 June, said while the strikes are over they are monitoring if the government will keep to the deal over the next month.

At least a hundred people have been arrested, four people have died with over 120 police officers injured as a result of the protest action according to the government. The widespread protest action forced the closure of roads in the main banana production and export areas in the provinces of Los Rios, Cotopaxi (La Mana), Guayas and El Oro.