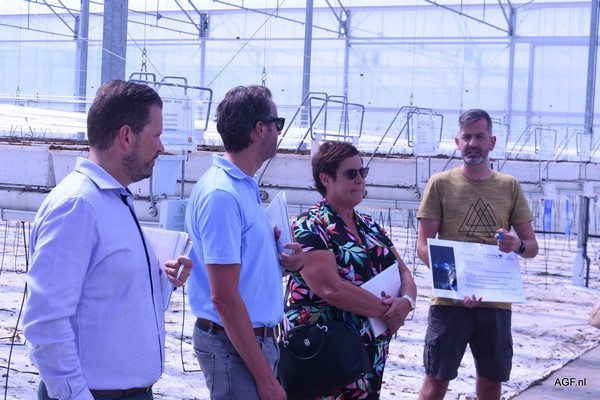 On a gloriously sunny day, Hoogstraten received its guests at their Research Center. These first Taste Days Soft Fruit follow the cooperative's principle about sharing knowledge about its tomatoes. "We got so many positive responses to this and noticed a need to share our know-how and show what we do here," says Michiel Vermeiren of Coöperatie Hoogstraten.

"That's where the taste days idea arose; we wanted to share the craftsmanship around soft fruit too." The attending traders got a look behind the scenes with a tour through the Research Center and grower, Tom Mertens' blueberry farm. The UVC robot's workings were explained - it drives through the plants at night. "Its UVC light automatically combats fungi on some 1.5 hectares per night," said Peter Melis, a researcher at the center. 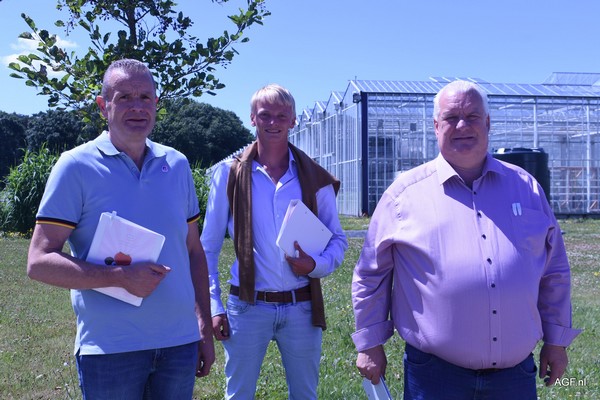 "A variety's success relies on many factors. Flavor, however subjective that may be, is obviously important. But the plant's volumes, the fruit's shelf life, and its disease susceptibility must also be considered." The researcher discussed the various research being done in the center's greenhouses. There are several phases involved. "We start by screening new varieties we encounter from, say, abroad," Melis explained.

The Research Center's Maarten Hofkens continued: "Then we begin the variety trials, focusing on fruit quality, shelf life, disease susceptibility, growth habit, production, and grading. We then move on to cultivation trials to find the optimal growing method. That's often combined with trials at growers' premises. Finally, we subject the variety to a practical trial." 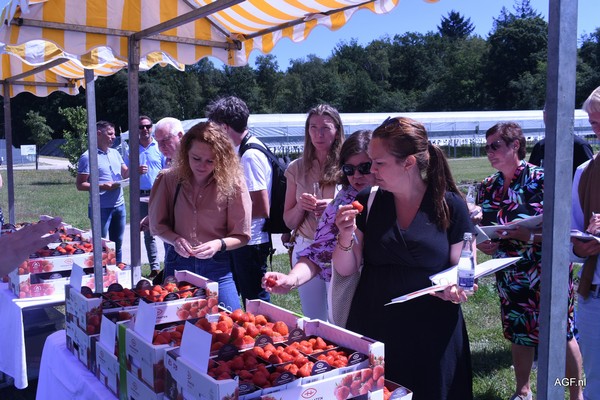 After all that talk, the traders got to taste and judge the different varieties. "We think it's vital to learn which varieties our customers prefer," said Jan. The different types, subdivided into June-bearers (single harvest) and through-bearers (smaller volumes but harvested throughout the season), were on display. "We usually auction fewer through-bearers, such as Murano, Favori, and Aurorakarima."

"They aren't generally considered as tasty as the June-bearing varieties, like Elsanta, Sonsation, and Falco," he said. Peter gave the visitors a peek into the future. He said there seems to be a promising perennial variety being tested. Two years from now, many growers should have this variety. It appears, for now, the traders prefer the June bearers. 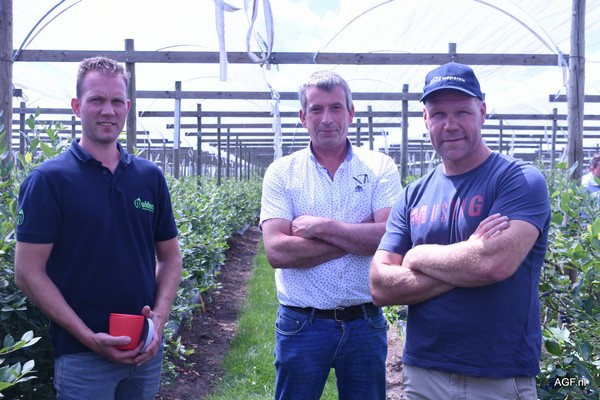 The day ended at Tom Mertens' blueberry farm. He and some fellow growers took the guests into his plot, where he explained the labor-intensive Belgian blueberry cultivation. This fruit is still harvested manually, partly to protect its downy layer. "We can pick six to seven kg per hour," Tom said.

"This year's quality is truly exceptional." The traders, who got to harvest some of Tom's blueberries, confirmed this claim. Back at the Research Center, a final taste of the Hoogstraten growers' assortment was available, including Tom Verdonck of Tomeco's unique Belgian melons.