In 2019, CTA was the first container handling facility in the world to receive climate-neutral certification. The Chairwoman of HHLA’s Executive Board, Angela Titzrath, explains: “CTA’s renewed certification once again demonstrates the terminal’s innovative strength. While we are already celebrating CTA’s 20th anniversary this year, we are very proud that the terminal has been considered a pioneer for innovation and sustainability in the sector since 2002 and is continuously being developed further. Our technological excellence as well as process efficiency make climate-neutral container handling possible, and we are thus moving closer to our goal of becoming climate-neutral throughout the Group by 2040.” 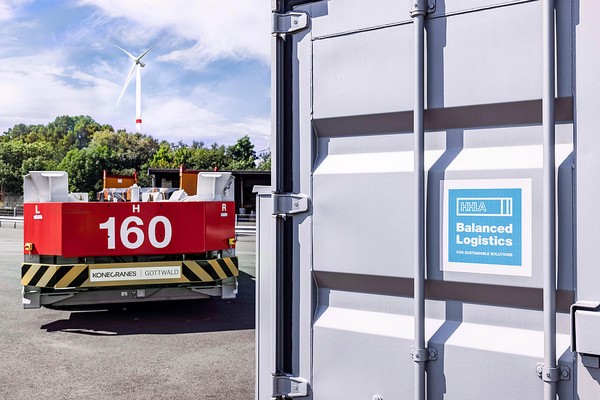 During the certified period from January to December 2021, CO2 emissions at CTA decreased significantly by 26.3 percent to approximately 11,000 tonnes. This development resulted in particular from a considerable reduction in diesel consumption due to the ongoing conversion to all-electric automated guided vehicles (AGVs). Nearly 90 percent of the AGVs in operation at CTA now run on green electricity instead of diesel. By 2023, all AGVs are expected to be converted to fast-charging, lithium-ion batteries. The 14 container gantry cranes for seaborne handling, the 52 fully electric portal cranes in the container storage blocks and the four rail gantry cranes are also powered by green electricity.

Processes that still result in CO2 emissions are offset with compensation certificates. With these certificates, HHLA supports climate-friendly projects that are certified according to the highest Gold Standard of Voluntary Emission Reduction (VER). The goal is to continuously reduce the share of compensation. To achieve this, HHLA focuses on collaboration with its partners to develop technically innovative solutions.

With the opening of CTA in 2002, HHLA made its mark on port logistics and paved the way to the future. New, promising technologies that have proven successful at CTA are used today at terminal facilities around the world. Moreover, due to its high degree of automation, CTA is playing a major role in the creation of new job profiles in the port. HHLA’s goal is to reach the same standard at its other facilities by continuing to automate and digitalise its terminal processes in regular operations. Innovation and technical excellence are keys for HHLA to develop sustainable solutions. These enable the company to continue to operate environmentally responsibly while achieving business success at the same time.