Supplies of blueberries in the U.S. are slimmer than usual for this time of year.

On the West Coast of the U.S., blueberries are going to be extremely tight, in part because of the timing of the California blueberry deal. “The California program started a bit earlier than it normally would and it’s ending a bit earlier than it normally would. They got some good weather for growing, produced a lot of fruit and had a lot of promotions out there,” says Jason Fung, Oppy’s vice-president of categories and strategy. “Typically we see California carry through June and then transition into Oregon basically right now. And that’s just not happening.” 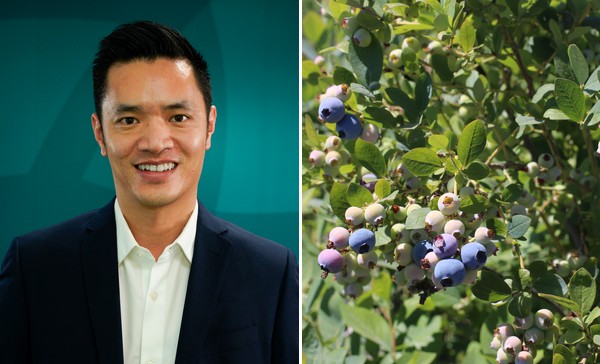 Jason Fung says that volumes of blueberries are tighter and will continue to be through the first week or two of July.

While the timing of California’s production is one reason why supplies are tighter, the bigger impact on the market is the delay of Pacific Northwest blueberries from Oregon, Washington and British Columbia. “The Pacific Northwest has had a very cool spring and all the deals through those regions are a bit on the delayed side,” says Fung. “So volumes are tighter and we’ll likely see this through the first week or two of July. Then we’ll be back on the normal production curve we see out of the Pacific Northwest. We anticipate by the middle of July, there will be plentiful and promotable volumes of blueberries.”

Meanwhile, on the East Coast, the New Jersey blueberry deal is underway and Fung says its production is normal. “It’s fairly warm right now on the East Coast and throughout the Midwest. The deal moves from New Jersey into Michigan and it is still yet to be seen how the Michigan crop develops. Especially with some of that humidity and heat in the last five days or so.”

Demand for blueberries to stay strong

As for demand, it’s expected to continue to be strong for blueberries. “Retailers have worked with us on promotions to keep fruit moving, with a number of them coming up through July and into August,” says Fung. “We anticipate demand for blueberries will continue to rise and the summertime blueberry deal is no exception to that.”

However, that strong demand and tighter volumes will affect how much production is available for the July 1 Canada Day-U.S. July 4th weekend--a holiday typically associated with berries. (July is also National Blueberry Month.)

Altogether, this shorter market is keeping pricing high right now and Fung anticipates it will stay that way through the next three to four weeks. “But we anticipate it will return to historical levels as we make our way through July and normalize those volumes from both the Pacific Northwest and the back end of the New Jersey deal and into Michigan.”