The start of this year's stone fruit and melon season was particularly slow this year, says Michele Lomma, sales manager at Swiss fruit importer Rodi Fructus AG. "Due to exceptional rainfall in the Murcia growing regions, the first Spanish Charentais melons arrived with us three weeks later than last year. The fruit quality has also been very variable so far due to the weather. The sugar content of the first nectarines, for example, was rather low."

"In the case of Galia melons from Almería, we really had to scrape together produce to be able to meet trade demand to some extent. In the meantime, we have switched completely to Murcia, but due to the weather, we mainly have very large produce available in the 4 and 5 caliber," Lomma continues. In the case of honey and Piel de Sapo melons, there is comparatively more product available, but the quantities in this segment are also rather manageable.

Complicating matters, he adds, are cost increases along the supply chain. "This reality has been creeping up to us for years, but now the big mess is here. In close consultation with our main customer Migros, we have found a stopgap solution in which we monitor developments on a monthly basis and reconsider prices on the basis of that. Nevertheless, the situation is already devastating." 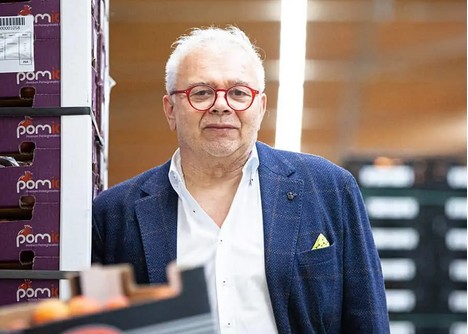 Encouraging volume forecasts in France
In addition to Spain, Rodi Fructus AG also purchases summer fruit from France. "For the main products Charentais and apricots, the supply situation is satisfactory, as there has been no talk of major weather problems there as in Spain. In this respect, the volume forecasts all look quite good," Lomma says. In terms of price, both origins (depending on quality and caliber) are roughly balanced.

Citrus: season change is imminent
In contrast to melons and stone fruits, citrus is now gradually changing from the northern to the southern hemisphere. Only red grapefruits and mandarins of the early variety Leanri from South Africa are still being offered, but soon the first shipments of oranges will also arrive. Lomma: "The omens are relatively good, yet it remains to be seen to what extent we will have to contend with strikes in the seaports and increased freight rates again this year."

For now, the Spanish Orange Navel Powell is the main one being managed, Lomma said. "We expect to be able to offer these in market-relevant volumes until the end of June, after which we will move on to Spanish Valencia Midnight. Ideally, we won't switch completely to South African produce until August, as Swiss consumers generally prefer produce of European origin."

Sicilian passion fruit: trend fruit of tomorrow?
As a loyal partner to Swiss food retailers, Rodi Fructus AG also strives to bring new fruits, exquisitely European grown, to the fruit shelf, according to Lomma. "An example of such a product innovation, which has quickly established itself in the past two-three years, is passion fruit from Sicily. While the market volume to date is limited, the intrinsic values are outstanding. We have also found that our clientele is crying out for such innovations."