"No human hand touches the products until they leave"

Lineage Logistics recently began using its fully automated high-bay cold store, Cool Port II. Cool Port I was realized in 2017 at City Terminal Rotterdam, and this new facility was completed this year. Plans for a Cool Port III are also already in the pipeline, said Harld Peters, President of Lineage Europe, during a press visit to the site. 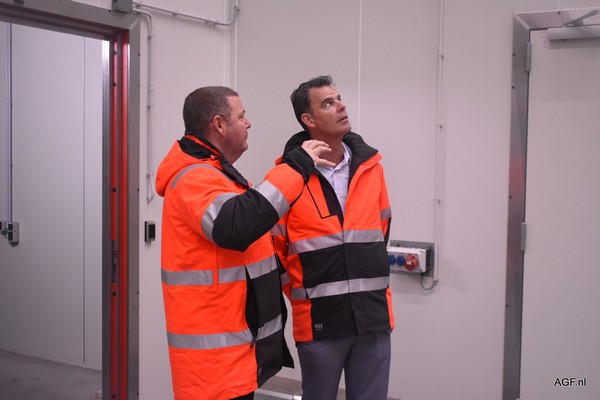 "Our greatest pride" is how he describes the state-of-the-art, green cold store. Sustainability was an often-used word during the media visit to the Cool Ports. For example, the company has already installed 11,000 solar panels on Cool Port I's roof, which, according to Harld, provide up to 40% of the energy used at that facility. Lineage Logistics also has four wind turbines (part of the Kloosterboer integration).

The goal is to eventually expand the existing solar panel installation. "We also believe we can save up to 20% of our energy consumption via the smart use of data and technology. Once you know how and where power is being lost, and how much of it is lost when, say, doors are opened, you can optimize energy consumption," Harld explains.

Lineage's gaze remains firmly fixed on the future. The logistics service provider has recently realized many acquisitions, and Harld indicated that this would most likely continue in Europe. Expansion in Rotterdam, an important location for Lineage, was also frequently mentioned. A Cool Port III was even briefly previewed. It was said that a location for this has already been selected. "You always have to consider the possibility of further expansion, and we have plenty of room here." 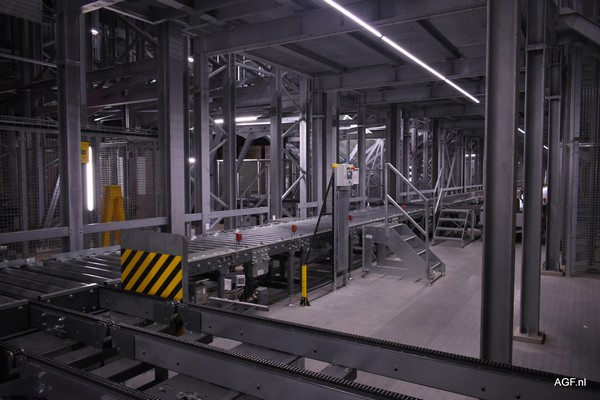 But first, the company proudly showed off the latest addition to its cold store arsenal - Cool Port II. Whereas Cool Port I mainly deals with imported fruit, Cool Port II stores mainly export fruit. The 40m-high ultra-modern building is 35-45% more energy-efficient than a conventional cold store, has 60,000 pallet spaces, and is fully automated.

"Pallets are brought in by self-unloading or conventional trucks. Those pallets move automatically from the shipping hall via roller conveyors, turntables, and locks to the cold store. There, cranes automatically put the pallets in place," says Eric Velthuijzen, general manager of Cool Port II. "The products get touched by human hands for the first time when they leave again."

The facility is, however, not entirely personnel-free. "You could still, for example, load and unload conventionally. As soon as the goods enter the dispatch area, however, everything is always fully automatic. And, while it all seems easy since it's automatic, you still, of course, need a supervisor to oversee everything. So, there's a shop floor supervisor, even though that shop floor is now fully automatic. But, if something does happen, you must shift quickly," explains Eric. 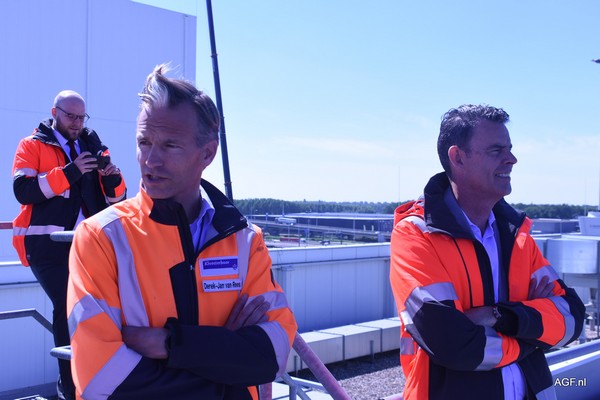 Nonetheless, staffing is tricky, even for a big player like Lineage. "This building's construction had been planned for a while, so the labor market problems are obviously not why we built it," explains René Castel, Learning & Development Coordinator. "It's just that we are constantly trying to get young people excited about a career in logistics, which is difficult enough. Logistics isn't the most glamorous profession, of course, but we invest a lot in future personnel."

Thus, there are often high school tours of the facilities, and René goes all over to introduce the younger generation to the world of logistics and all that it entails. "We have many projects running with troubled youths in the Rotterdam region too. We want to offer them a space in which they can flourish. In this, good supervision is vital, and I think we can be of value to them. But they can certainly be of value to us as well."

For instance, 20% of those working at Kloosterboer in Vlissingen used to be interns. "However, these days, companies like Lineage have to have a strong sustainability story if you want to attract people. Most people in logistics have their pick of jobs. Sustainability is also noticeably becoming increasingly important to the younger generation. I think with the realization of this building, our tale carries that much more weight," René concludes.