"The production potential of exotics in areas such as Palomares, in Almeria, is impressive"

In addition to the wide range of vegetables and fruits produced in Almeria, which have turned the province into the Andalusian leader in agri-food exports, there is a range of exotic products that, with increasing prominence, are sharing space in the campaign with the traditional supply. 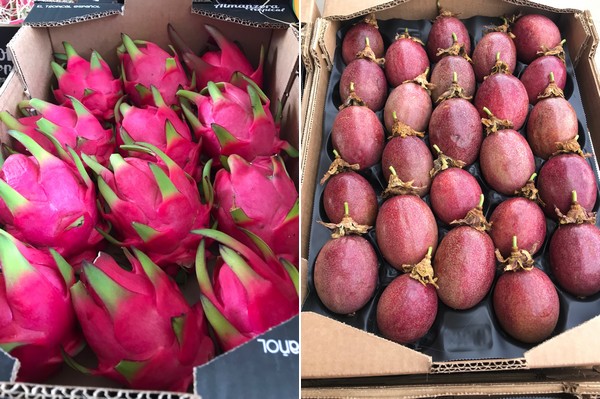 "We are finishing the papaya season. We have less than a month left to finish the harvest and in a few weeks we will start with the pitahaya and passion fruit," says Pepe Montiel, from Almanzora Tropical. "The pitahaya in particular has already started to flower and just yesterday we pollinated 200 flowers. This season, we hope to have a production at least like last year's, ranging between 10,000 and 12,000 kilos. The campaign will start in about a month and will last until November. As for passion fruit, which is an exquisite fruit, we are going to start in the second half of July and, during its first campaign (because it has a second campaign lasting until May), it will share the shelves with pitahaya until October."

"We have very good prospects this year. We are already organic-certified, which will allow us to work in a different market line this season, and we are also working on obtaining the Bio Suisse certification," says Pepe. "However, the market prices will determine the results." 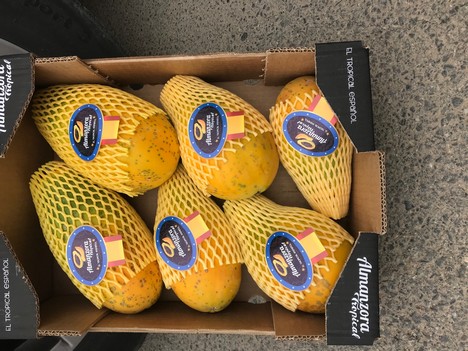 "The papaya campaign has generally gone well, but we have not seen the improvement of prices that there should have been, taking into account the increase in costs that we producers have suffered." Pepe says that prices have risen for all the products that we consume; however, this has not been reflected in the purchase prices at origin, "which is resulting in producers obtaining very limited profit margins." 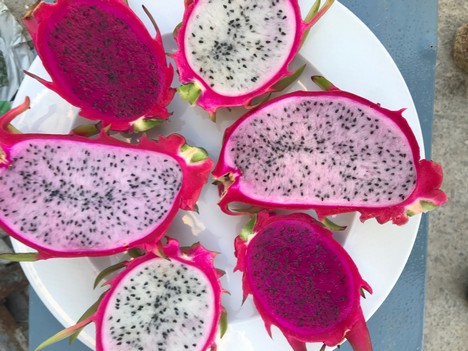 "We shouldn't forget that we have a local production in the European market that complies with the EU's strict phytosanitary regulations and that it must be priced based on its value. For example, out of season, pitahaya is being brought from Mexico or Brazil by plane and arrives at Mercamadrid costing almost 8 Euro per kilo. Last year, however, a well-known Spanish supermarket offered me 3.5 Euro per kilo for my pitahayas, and only for those of a certain caliber and pulp color. It is an inconsistency that while in Europe we are told to consume local products, supermarkets set conditions for local producers that are difficult to meet, without understanding that not only do they need to cover their expenses, but make a profit, too. 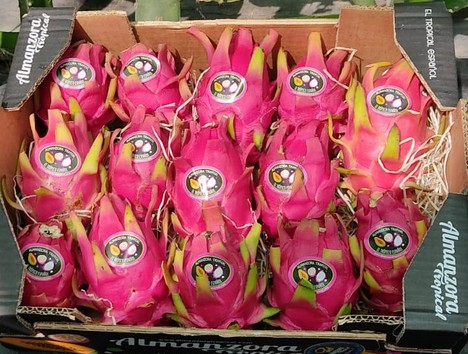 "It is true that the Spanish production of exotic fruits such as papaya or pitahaya is not enough to supply the market, but it should be possible to increase the production, to strengthen the sector and to contribute to boosting consumption. In fact, the potential for exotic fruit production in areas such as Palomares, in Almeria, is impressive. The cultivation of exotic fruits would allow producers to do away with the uncertainty caused by the poor profitability of traditional products such as lettuce or watermelon, and make it possible for new generations to continue choosing to work in agriculture."

"That is precisely my goal. Every year, I encourage producers here to try growing papaya, pitahaya and passion fruit. In fact, one grower has decided to plant a 2,000-meter greenhouse, and in October it will start producing fruit that I'm going to help him market through my customers."

“Agriculture is not only a basis for economic livelihood. For me, it is much more; it is also a way for physical and emotional sustenance, and it has to receive the appreciation it deserves. Papaya, pitahaya and passion fruit can help achieve this in Almeria's Levante area,” says Pepe.