"Vertical farming is not the magic bullet"

Robert Jordas of Robbe's Little Garden is building a new cultivation facility for baby leaf lettuce in Helsinki, Finland. For this facility - about 15 minutes drive from three large retailers' distribution centers - he did not opt for a fully-fledged vertical farm but rather a hybrid solution: a high-tech Venlo greenhouse with a two-story system and sunshades. And this building is not an eyesore in its urban environment either; it even fulfills a landscape function.

Robert, an actor by trade, has more than 20 years of experience in indoor farming. Today Robbe's Little Garden is one of the most innovative greenhouse farms in Northern Europe. It produces lettuce and herbs, builds greenhouses and vertical farms, and advises growers. The company is in Lindkoski, in the south of Finland, midway between Helsinki and the Russian border. There are no other greenhouses in the area; it is mainly arable farming. 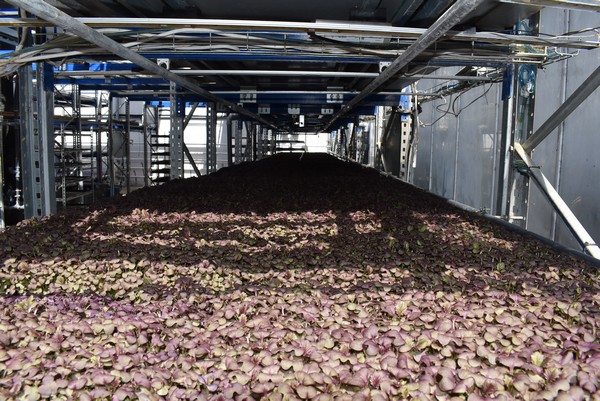 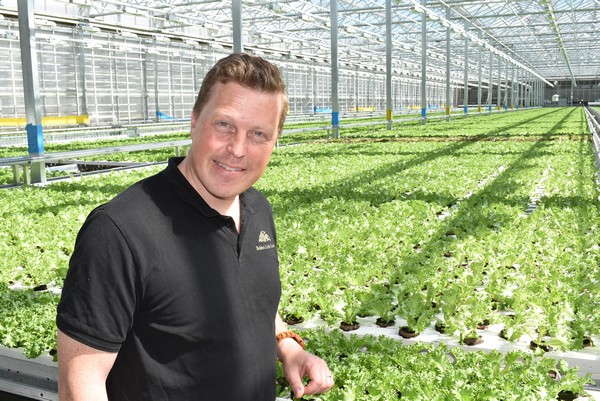 Owner Robert Jordas actually wanted to be an actor, but became a herb and salad farmer. He will soon open a 10,000 m2 hybrid farm in Helsinki

From the theater to growing microgreens
"I was in theater school in 2001 and would deliver pea shoot seeds to an older grower in the neighborhood. At one point, he asked if I wanted to continue his business. I didn't have to think about it for long: horticulture appealed to me, and greenhouse cultivation seemed easier and, above all, more interesting than outdoor farming. That's how I began growing microgreens. I did some research, and Rob Baan's innovative and surprising approach was particularly inspiring. It took trial and error because I entered the business laterally. In retrospect, I sometimes not only answered the arising problems incorrectly, but I also often asked the wrong questions. My greenhouse was small, so I started growing in layers. That's where I began gaining experience with vertical farming," begins the actor-turned-grower.

In 2008, Robert enlarged his greenhouse, and, these days, the company boasts a 1.4-hectare greenhouse area and a 5.000m2 vertical farm. The hybrid solution is constructed in Helsinki and covers one hectare. "In 2001, I supplied several restaurants from my 128m2 greenhouse. Pea shoots are a niche product; you can't buy them in supermarkets. I gradually began mastering how to farm and paid attention to brand development.” 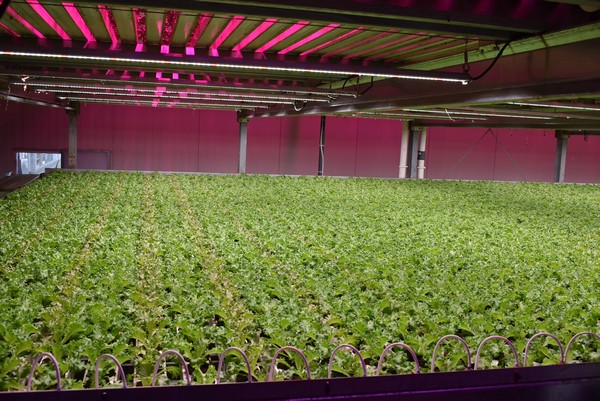 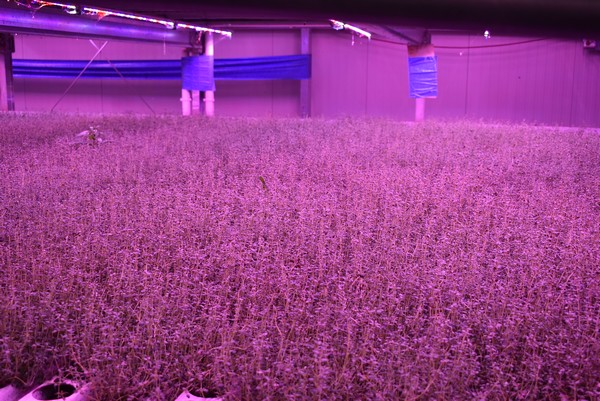 The first generation of LED lights has been replaced

“In 2008, with the new greenhouse, I expanded the range to include potted herbs and living lettuce. I wanted to supply local produce to supermarkets in my wider area. The problem, at that time, was that the big chains still bought their goods from wholesalers, not directly from the source. I'd misjudged that. So I had to rely on my existing customers - mostly the food service industry and wholesalers - for sales. I faced stiff competition from some of the big lettuce companies," Robert explains.

Locally-grown lettuce and herbs
Lettuce and herb competition is still stiff in Finland. There are 20 to 30 companies that supply this product year-round, and the country's almost 100% self-sufficient, as it is for cucumbers too. "The large, constant supply means tight profit margins, which companies can respond to in two ways: try to produce more efficiently or come up with products with less competition. I'm still trying both."

An example of the first way: adding 20% moss to peat, the growing medium. Moss grows quickly and has good growth medium properties. Peat, on the other hand, grows only one millimeter/year in swampy or forest areas. Building the hybrid high-tech greenhouse in Helsinki is an example of product innovation. Robert will soon be cultivating arugula and baby spinach, two products that are hardly grown in Finland, there. These are presently imported from Italy, Spain, and, in the summer, Sweden. 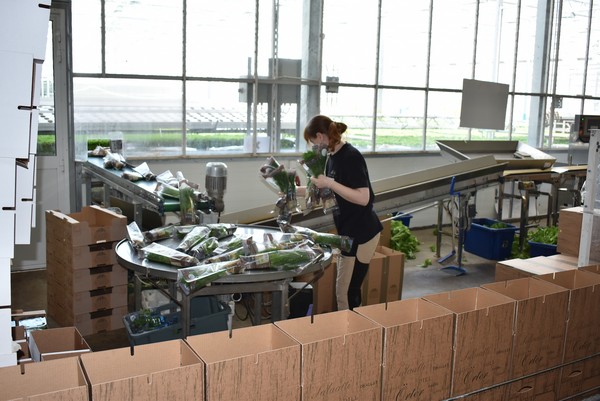 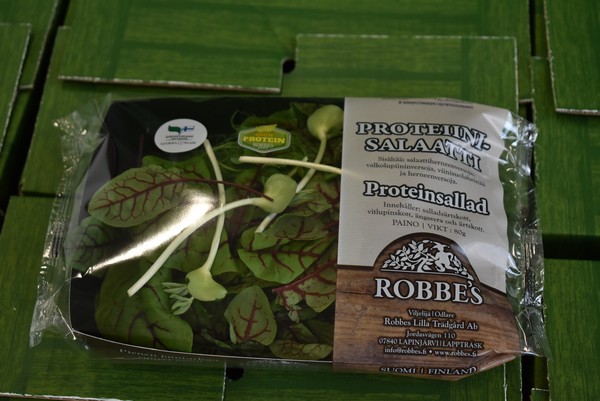 "We want to offer local produce; that's the main idea. Finns prefer local cultivation and aren't concerned with organic products, like in, say, Germany. That's because the locals know that Finnish-grown fruit and vegetables are produced in the most energy-efficient, food-safe, and environmentally friendly way possible. They trust local growers blindly, also because they know those growers are subject to strict government regulation. And supermarkets strictly control the production process," says the grower.

First, market exploration, then construction
In contrast to his 2008 production expansion, this time, Robert made verbal deals with the large retail companies in Helsinki. They will be buying the new greenhouse's volumes. "First explore the market, then build; that's what I've learned. I made that mistake not once but twice. Some Finnish technological partners and investors and I set up a hybrid cultivation facility in Florida a few years ago. It did well, cultivation-wise, but we neglected the marketing side of things. We've since sold that greenhouse to a competitor. But I'll definitely return to the east coast of the U.S.A. There are plenty of opportunities there." 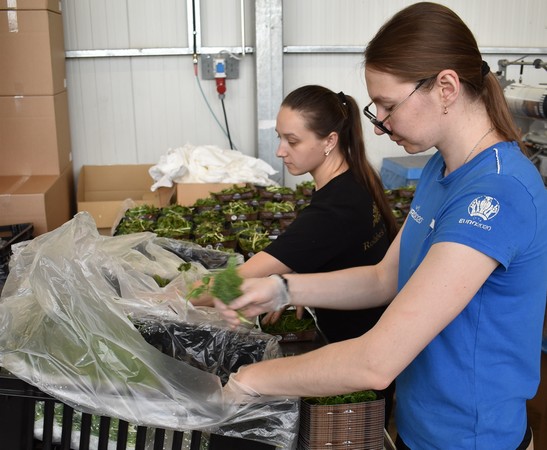 Packaging the greens is still done by hand 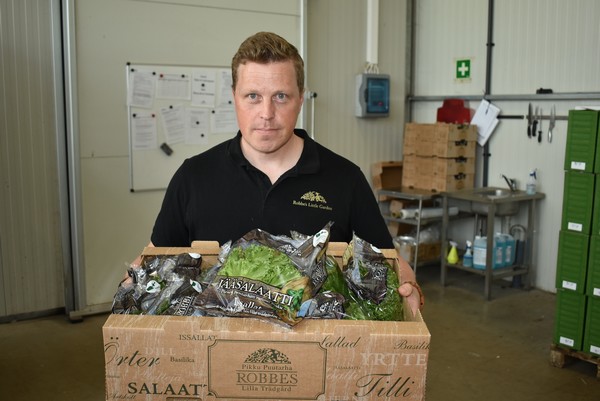 “And, since it's so costly, you have to be sure of your sales potential and its continuity. After all, horticulture isn't a sector with huge profit margins. Even with guaranteed sales at a certain minimum price, everything else must be perfectly in place to keep the business profitable: total harvested volume, return per square meter, energy costs, logistics costs, etc. Just a few deviations can already upset the balance. You also have to specialize; it seems difficult to grow more than a handful of products." 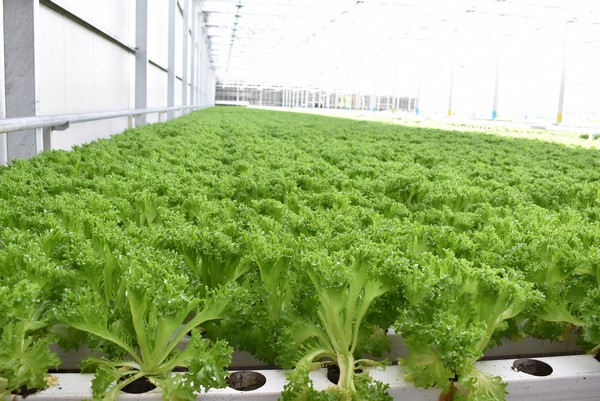 Lettuce is harvested on a daily basis 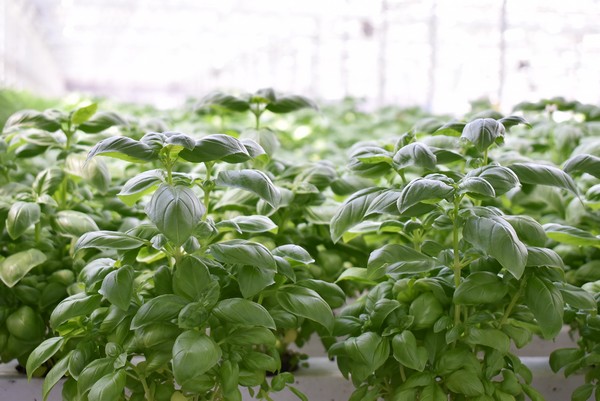 Communicating with consumers
Good client relations are the crux of any cultivation company's viability. Post-pandemic, Robert's customer base structure has changed from predominantly foodservice buyers to retailers. "There’s no doubt; that's exciting. Now I can focus on brand awareness and have improved and increased contact with end customers. They're increasingly interested in products' origins, how it's grown, and its uses in the kitchen. We're active on social media, sharing information about our cultivation process' technology,” he continues.

“We also tell people about the raw materials we use, and energy efficiency. Plus, we share about investments and collaborations. Finnish shoppers are very interested in that. We also want to focus on the freshness aspect and how to use particular products. Everyone knows basil goes well with Italian dishes, and dill is delicious with salmon. But they don't know much about many other herbs or types of lettuce. Then people ignore the product, and we don't get to exploit its sales potential fully."

Product innovation
Robert explains that he loves innovating with products but that the market for new concepts is often small. "Still, you must innovate, so consumers remain interested in your brand. And even though the market is small, you must offer enough volume immediately. Then retailers can trust you. In that sense, the pressure is often on the grower because, obviously, retailers cannot guarantee a product's success. Growers put in the money to develop a new item. For product innovations, it's therefore crucial to get a clear idea of market demand by talking to product managers and consumers. Often a new idea is just the adaptation of an existing product," he explains.

Potted herbs
Jordas says basil, dill, parsley, and coriander are Finland's top-selling herbs. "Finns are fond of herbs. Though, if growers were to jointly make promotional efforts, overall sales figures could increase even further. We only sell potted herbs. It's a great product with several advantages for growers and retailers: it's easy to pack by hand, it doesn't generate compost that you have to deal with, unlike the cut product, and it gives a fresh color to the shelf. As for lettuce, ten years ago, living lettuce was the norm. But, as crisp lettuce's popularity grew, we started cutting the root off and flow-packing the product. This kind of lettuce keeps better when it's packaged."

Short supply lines
For Robert, freshness is the most under-emphasized aspect of client communication, while it's local growers' greatest asset. Nonetheless, the greenhouse farmer and builder sees an evolution in that area. "In the Netherlands and Finland, local production is making headway partly because of the freshness aspect. This trend is emerging in Germany, and the other European countries will follow. Dutch and European technology will gradually change people's view of horticulture. Transit times and transport costs will play a crucial role in that change. Transit times directly affect a product's freshness, and the costs increasingly affect selling prices. I don't see that changing any time soon either,” he says.

The new greenhouse is a test case
"In that sense, our new hybrid greenhouse is an interesting project. Our crop in Lindkoski lets us deliver fresh products to the major retailers' D.C.s within two hours. However, the cultivation facility in Helsinki is mere kilometers from those warehouses. We can thus supply baby leaf lettuce up to four times a day. After a few years, we'll be able to judge whether this is greatly advantageous. It's somewhat of a test case for our ideas, not only logistics-wise. We also want to see if shoppers will warm to the idea that the products are grown in the city. We'll, naturally, cite the super-fresh, clean product and its water and energy-efficient cultivation as strengths."

The growing facility will house a Venlo greenhouse with sandwich panels. It will be seven meters high and 260 meters long and will be located next to a new residential area. It will, thus, also serve as a sound barrier. As a hybrid solution, it uses screens and a two-layer system. The plant will germinate, thanks to L.E.D. lights, in the first layer. They will continue growing on the top layer with both sunlight and L.E.D. lighting. "It wasn't very hard to find investors, given the outlets for local production and the guaranteed yields. And the land wasn't as expensive as it usually is in Helsinki. That's because the construction is part of a broader infrastructure project. We'll be fully committed to automation, and since it's not a huge site, one farm manager should suffice," says Robert.

Dreaming of the east coast
Robert hopes to learn much from the construction of this new greenhouse. He wants to use that knowledge and his previous experience to try to fulfill his dream - a cultivation facility on the U.S.A.'s east coast. "Local cultivation there presents tremendous opportunities. It's currently as expensive to transport fresh produce from California's Salinas or Arizona on the West Coast as it is to farm on the East Coast. Setting up our first project near Fort Myers on Florida's west coast was challenging.”

“But in the end, the technology worked well, and the lettuce and herb cultivation's volumes and quality were also satisfactory. As I said, things went wrong on the marketing side. We hadn't made clear agreements with regional retailers. But I think it's a very interesting region with good opportunities for hybrid greenhouses. After the Helsinki project, I definitely want to give it another go," Robert concludes boldly.