Very violent hail storms hit France in the night from Sunday to Monday. Nearly 21 departments had been placed under orange alert for thunderstorms by the French weather service, Météo France. Several producers have already reported damage to their productions.

After the heatwave, producers must now juggle hail storms. The French departments of Gironde, Charente-Maritime, Landes and Pyrénées-Atlantiques are among the most affected. But the Indre, Loiret, and Lot-et-Garonne have also suffered from the weather. 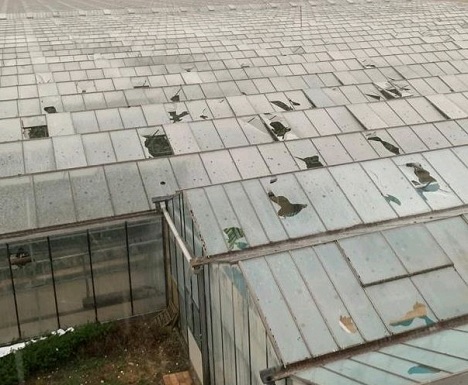 Some producers have even lost 45% of the roofs of their greenhouses. 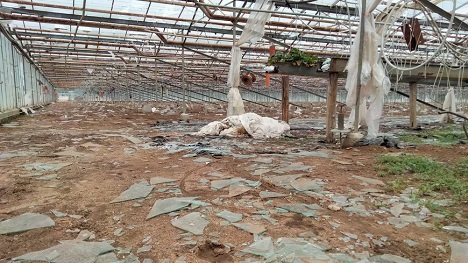 Météo France has reported that the storms were “virulent” in some parts of the southwest, with “hailstones of several centimeters in diameter, wind gusts of 105 km/h in Bordeaux, and intense rainfall.”

In the Lot-et-Garonne, a producer saw his zucchini production go to waste in just a few minutes because of the hail storm.

In short, after the last frost (April), the drought (since January), the heatwave (May), the hail (early June), and another heatwave (mid-June), producers have suffered from another hail episode.

Some damage has already been reported in the Loiret department.

Frost, hail, heatwave… “This raises the issue of climate change which makes these episodes more frequent and increasingly violent,” as indicated earlier this month by minister Marc Fesneau, who hopes that protection systems against such weather hazards will be set up “in the medium to long term”, along with better insurance coverage.