"Purchase price of pears is expected to rise, which will reduce consumer power in overseas markets"

Pears originated in China, so the country has always been an important pear producer and exporter. Chinese pears are fresh and crisp, and very juicy too. Moreover, the growing season in China is the opposite of growing seasons in Brazil and other South American countries, so they complement each other. That is why Chinese pear export to Brazil has developed very well. Since the outbreak of Covid-19, however, pear export has faced many logistical challenges and consumer power in overseas markets declined. 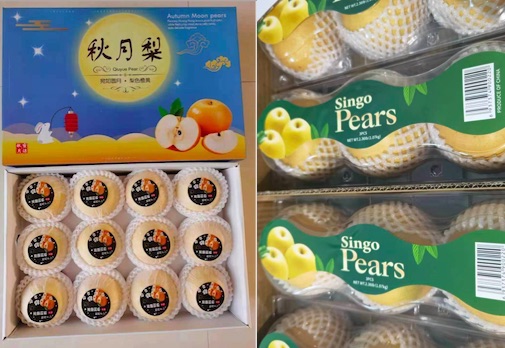 "The pear market has struggled with several challenges in the last few years. Hebei is an important pear production area in China, and in 2020 the pear production volume declined, which pushed the purchase price of pears up. In 2021, the pear harvest was abundant, and so the purchase price dropped, but the shipping costs increased. Shipping fees rose from 2-3,000 USD to more than 10,000 USD. In addition, cargo space was limited and therefore shipping was often delayed. For example, under regular conditions products were shipped a week after the order was placed, but now that cargo space is limited, we sometimes have to wait two or three weeks before we can reserve cargo space and dispatch our products. Even then, after our products are shipped, backlogs in harbors often make it impossible to unload upon arrival. These conditions have had a huge impact on pear export," said CEO Guo. 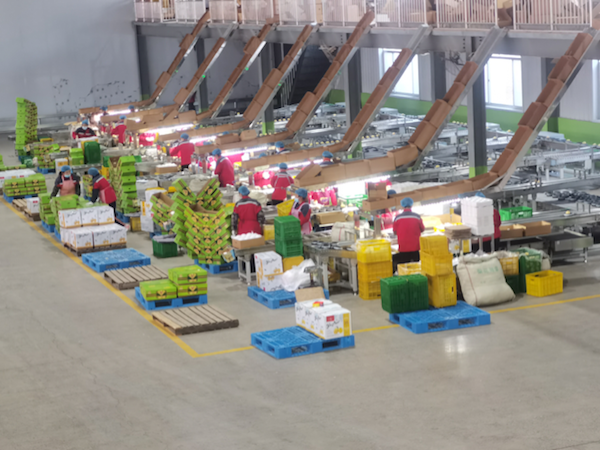 Chinese pears gradually attracted the attention of overseas buyers, but then the pandemic broke out. "We exported our pears to Israel in 2017, and in 2019 we received permission to export to Chile. Then in 2020 we began exporting to Brazil. The first shipping container full of pears for the Brazilian market left our factory during a festive ceremony that celebrated this new milestone. We received great feedback from Brazilian clients. 2020 was still an experimental year and we exported roughly one hundred tons of pears to Brazil, but in 2021 the export volume already exceeded more than 1,000 tons! We even considered opening a branch office in Brazil, but the pandemic put our plans on hold." Brazil is the fourth-largest pear importer in the world and the market has huge potential. 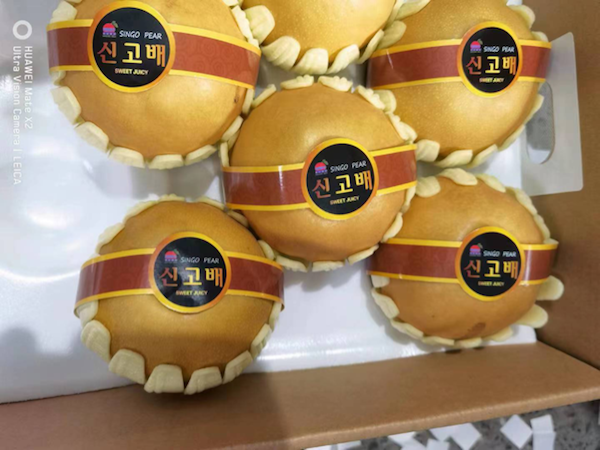 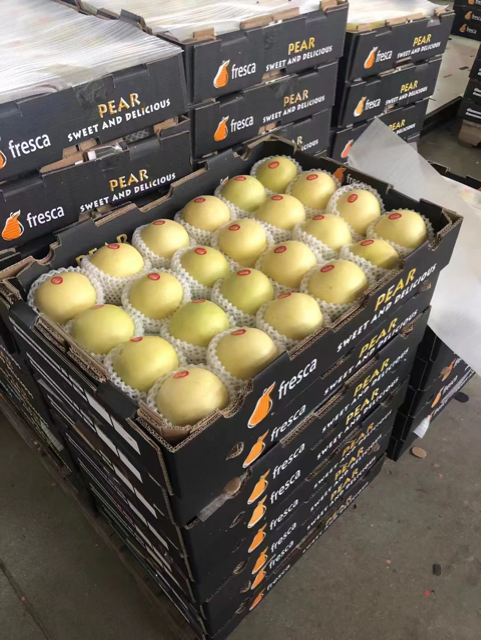 CEO Guo also talked about current market conditions, "this year the shipping fees are slowly coming down, but the prices are still much higher than a few years ago. In addition, some of the fruit farmers are in the process of switching from old pear varieties to new ones, so the overall production volume in Hebei declined by about 10%-20%. The retail price of pears rapidly rose after Chinese Spring Festival [12 February, 2021] last year. We expect the price to climb even higher this year. In the end, the harvest was great, but the number of trees declined, so the production volume is smaller, and that is why the price is going up."

As for the condition of consumption in domestic and overseas markets, CEO Guo said the following, "the recurring outbreaks of Covid-19 have an impact on the domestic market; and the price in overseas markets is rapidly growing, while consumer power is weakening. It is still unclear how the market will develop this year." 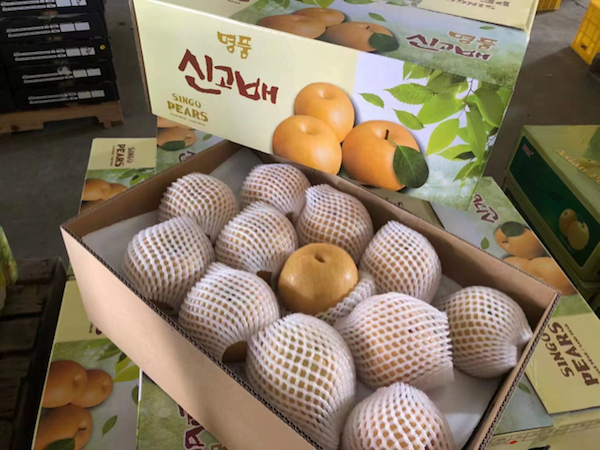 China resumed pear exports to Russia on the 20th of February this year. Russia had stopped importing stone fruits, seed fruits, and berries on the 10th of August, 2019.

CEO Guo talked about this 're-opening': "Russia temporarily halted pear imports from China in 2019, but before that year we annually exported 5-6,000 tons of pears to Russia. We will restore our services now that Russia has re-opened the border, but we do not expect to export the same volumes as before. One of the reasons is that the price of export pears has gone up, and another reason is the ongoing conflict in Ukraine, which has an impact on the Russian economy. In addition, Russia has made import requirements for pears stricter than before, which has reduced our processing efficiency. There are also some positive developments. The export of pears to the Brazilian market is growing in volume. The Brazilian market is a growing market for us this year." 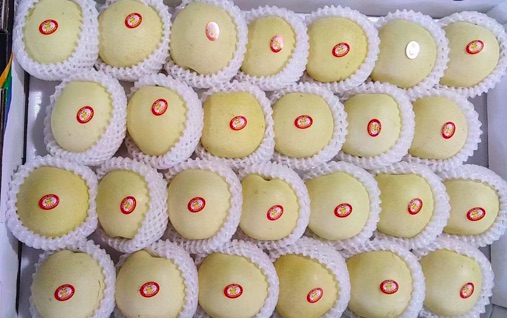 Botou East Fruit Co., Ltd. is a company specialized in the integration of fruit and vegetable production, processing, storage, export, and retail. The company has their own plantations, cold storage facilities, and fruit processing factories. The company is one of the leaders in the Chinese fruit and vegetable industry. Botou East Fruit exports pears to more than 30 countries in North America, South America, Australia, Europe, and Southeast Asia.