The 2021/22 Spanish lemon season ends with a "positive balance"

"The European lemon grown in Spain has shown great resilience throughout the 2021/22 season, which has just ended. Neither the increased competition with non-EU lemons, nor the high inflation in Europe, has prevented the success of this citrus fruit produced mainly in the fields of Murcia, Alicante and Andalusia, since the harvesting period has ended with a positive balance." 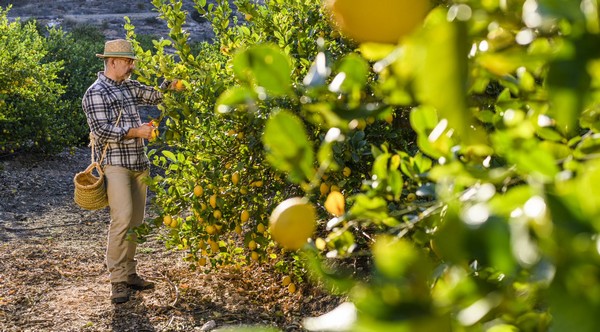 This was stated by the Lemon and Grapefruit Interprofessional Association of Spain (AILIMPO), adding that "despite the current difficulties, prices at origin have remained stable and stayed above the production costs." The fact is that the war between Russia and Ukraine has taken a toll on the marketing of the product, especially in Eastern and Central Europe, as Turkey has diverted volumes to both areas that were previously directed to the countries in conflict.

However, AILIMPO has missed more external support, as it has not managed for the higher costs to be passed onto the sales market, not only those of the fruit, but also of energy, materials, packaging, transport, etc. This has taken a toll on both the production in the field and on the harvesting and packaging process in warehouses.

Rise of lemon exports to France
In total, Spain has produced about 990,000 tons of lemon during the 2021/22 campaign, 80% of which belonged to the Fino or Primofiori variety, while the remaining 20% corresponded to the Verna. This figure entails a 4% drop compared to the previous season; a decline caused by adverse weather conditions in 2021 (cold, wind and rain), which had an impact on the flowering and fruit setting in some growing areas.

Germany, France and the United Kingdom have continued to be the main markets for European lemons grown in Spain. Worthy of note is the 4.3% year-on-year increase achieved in France, which acquired 77,087 tons up to March 2022, according to ICEX. Also the one achieved in the Czech Republic, going from 10,806 tons exported in the same period of the previous season to 15,652 tons in the current one.

AILIMPO believes that this confirms how active lemon consumption is in Europe, with an average of about 1.96 kg per capita per year in households, according to Eurostat. In fact, it has been boosted by the rising popularity of organic lemon, which already accounts for a considerable percentage of the volume and generates even higher value.