From across the country guests came to the opening of the Cheetah Pack packhouse in Addo on Friday evening, the Sundays River Valley’s newest citrus packhouse. 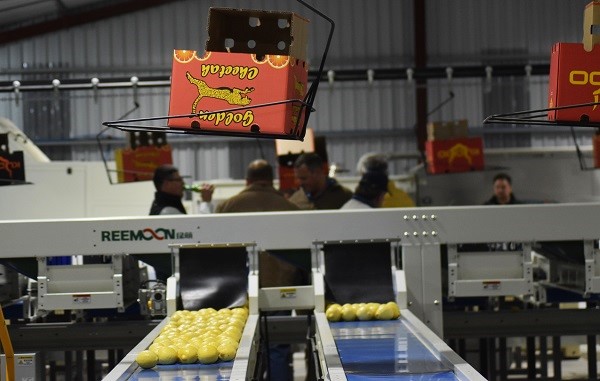 “We started discussing the possibility of our own packhouse six years ago, as means to procure enough fruit for the Chinese market but also to alleviate the packing constraints in the Valley with the recent strong growth in citrus volumes,” explains Pierneef Smit, a Cheetah Pack director, along with Neville Smith, the COO of Cheetah Pack. 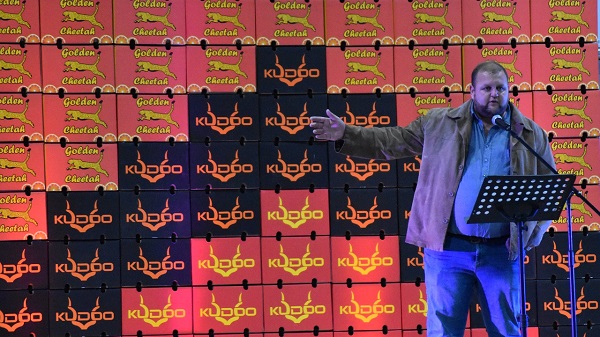 The packhouse will pack fruit for Berda Agricultural Consulting and will also offer contract packing to other citrus growers. At the moment citrus packhouses in the Sundays River Valley are running two shifts, finishing off with Novas and moving over to navels.

New kid on the block 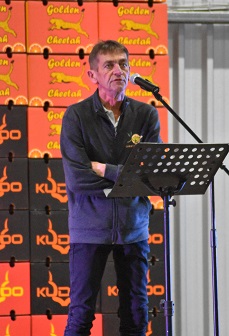 “We’re here not only for big producers but also for smaller producers and we will have an open door policy,” Neville (right) noted at the opening on Friday evening. “Anybody can come here and have a look to see what we do and how we do it.”

Cheetah Pack is a new kid on the block, Pierneef says, fully funded by Berda Fruit Hong Kong which has been importing fruit from a number of Southern Hemisphere countries for thirty years.

Berda Agricultural Consulting, of which Pierneef is the general manager, assists Berda Fruit Guangzhou to procure mostly citrus and grapes from South Africa for China.

The company has recently diversified into electric tricycles of which 650 are already in use on South African farms and between 40 and 50 are sold a month through outlets across the country. 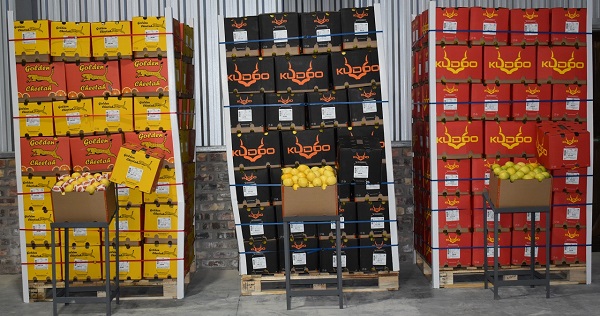 Phase two: a degreening facility
The packhouse, which starts its operations this week, is phase one of their Addo operations. Phase two, in two or three years, will be a degreening facility, followed by a planned third phase which will be a research facility in partnership with Huida Lemons in China which processes lemon oils into skincare products, teas, homeopathic medicine and even lemon wine.

At the opening an inaugural bin of Lisbon lemons was tipped over the line, showing the high uniformity in colour of the fruit which was not degreened, but instead had been covered by carboncoated paper bags after the final citrus black spot spray. This results in fruit of a homogenous, pale yellow colour, as desired by the Chinese market. 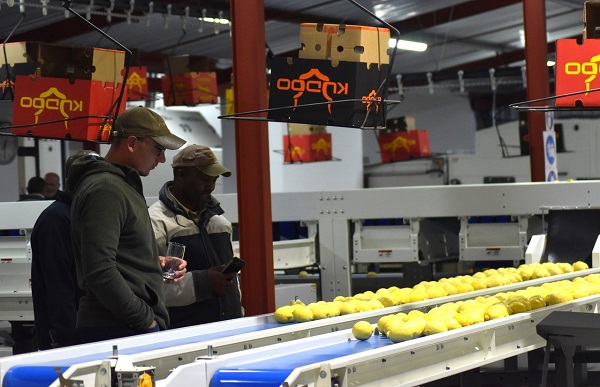 The homogeneity of lemons on the Reemoon packline, the first in the area, drew focused attention

The packhouse was designed and constructed by Port Elizabeth-based RandCivils, with electrical work done by E&M Electrical and packaging equipment by Reemoon. Packing material is supplied by Corruseal Group and Spectra Trust. 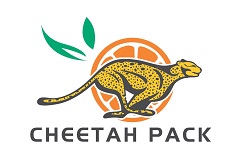