"We're well prepared, so can accommodate extra flights, for now"

Yesterday, there was a countrywide strike in Belgium, which affected services like air freight. Unions called this strike out of dissatisfaction with rising prices and declining purchasing power. "They downed tools in Liege, too. That meant more large planes landed in Ostend," says Alain Tulpin of Tulpin Group, which specializes in air freight to Ostend and Liege. 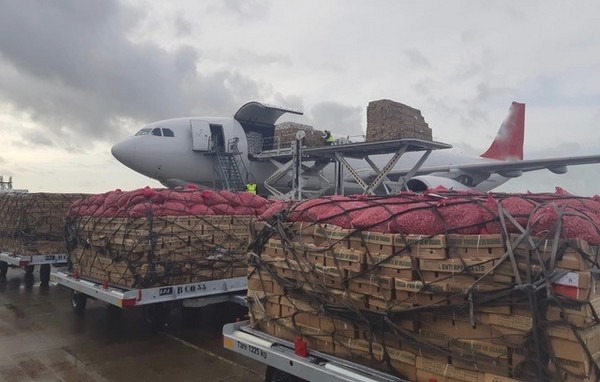 The strike mainly affected public transport, school, and the postal service. GS4 security personnel and staff from the TUI travel agency went on strike at Brussels and Liege airports. So, many flights were diverted to other airports. Brussels Airport, for example, had to cancel all departing passenger flights.

"For us, it meant about six more large cargo planes would've come to Ostend. Yesterday morning, an additional flight with mangoes and limes from Mexico and a flight from Los Angeles arrived. There was an extra flight in the afternoon carrying flowers, vegetables, and avocados from Nairobi (Kenya), and flights with flowers from Colombia and Ecuador."

"Fifteen passenger flights were also diverse to Oostende airport. But the staff coped. Since it was a planned strike, measures could be taken in time. As long as there's no strike at Oostende, we can absorb the additional flights at the other airports. I must say, customs and the Federal Agency for the Safety of the Food Chain helped us out well. They even posted extra personnel. We can truly not complain. Oostende, however, can only accommodate so many flights," says Alain. 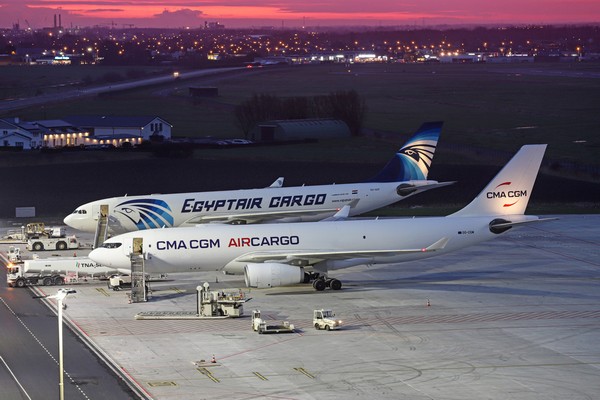 The unions are demanding higher salaries, better pensions, and increased public sector investment, reports the Dutch newspaper, NOS. "We keep talking, but no agreements are reached. The authorities seem to have little respect for workers," says an ACV representative. Strikes are being planned in Spain, Italy, Portugal, and France too.

It has been a tough year for air cargo, anyway, explains Alain. "With fuel prices as they are, air freight is, naturally, somewhat quieter. But, just look at grapes, for example. The English supermarkets want to pass on inflation to the growers. So, they prefer using sea freight, and little goes by plane," he concludes.