Created in 1997, GIE Fruits Rouges des Monts du Velay is a group of 44 producers from the French departments of Haute-Loire and Ardèche. Fourteen of the producers grow their fruit organically and about 30 of them have the HEV certification. This group of producers is located in the Auvergne region, more specifically in the Monts du Velay which include the Mezenc, Mégal and Devès mountains. All of the small red fruits: strawberries, raspberries, red and white currants as well as gooseberries, blackberries, blackcurrants and blueberries, are sold under the brands Perles Rouges and Perles Noires to wholesalers, specialized stores and supermarkets, to a lesser extent.

For over 20 years, GIE Fruits Rouges des Monts du Velay has been growing and developing its production techniques. Several producers grow in hanging gardens and sustainable agriculture is at the heart of the farms in order to produce quality fruits. 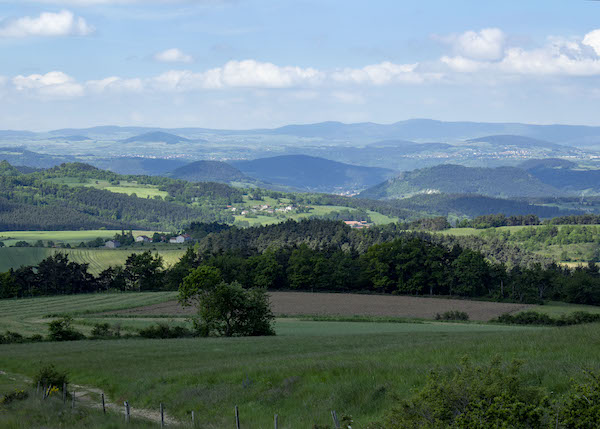 The altitude allows us to produce off-season
The particularity of these red fruits is the altitude at which they are produced. “The average altitude of the Velay farms is 950 meters. This altitude is an essential asset for red fruit production. The cool nights and warm days of the mountain climate allow the fruits to gorge themselves with sugar,” explains Adeline Mialon, red fruit sales manager at GIE Fruits Rouges des Monts du Velay. “Indeed, besides the inherent quality that comes with high altitude, it also allows us to produce at a different time than the other regions of France. Our fruits can also be marketed under the ‘Mountain Product’ label.” 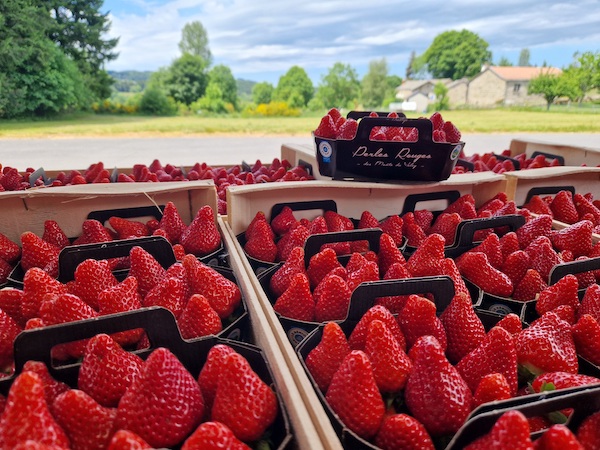 The strawberry market is calmer
GIE Fruits Rouges des Monts du Velay started its strawberry campaign at the end of May, which was 15 days early compared to the previous years. “The beginning of the strawberry season was quite complicated because of the large amounts of strawberries on the market. But now, many producing regions in France are done harvesting so the market is calmer. At the moment, the demand is very dynamic for the Cijosée, our key variety which is very popular among our clients. On the organic market, the demand for our two varieties of round strawberries (Sonsation and Sonata) was not very good, but it now seems to be picking up again.” 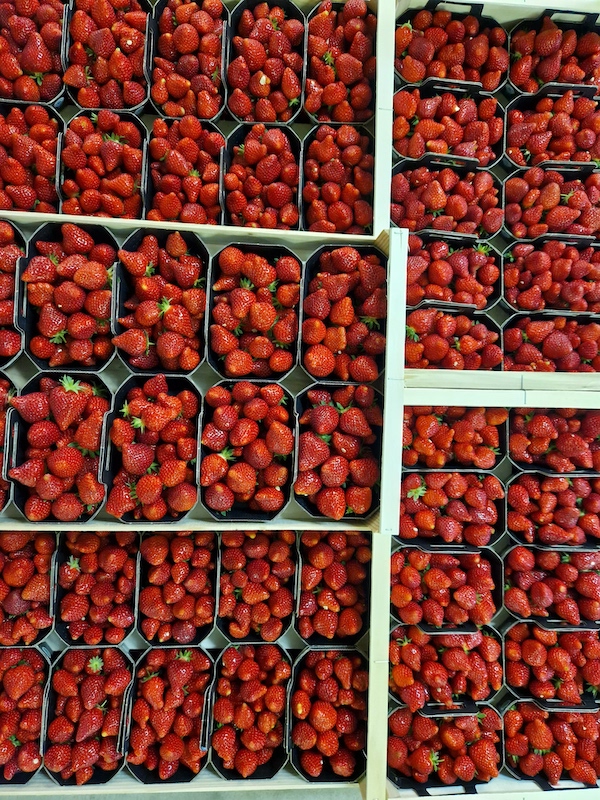 The production was not affected by the frost
The raspberry campaign is just starting. It will be followed by the other small red fruits, namely the red currants, gooseberries, blackcurrants, blackberries and blueberries. “The volumes should be similar to those of last year (1,130 tons of small fruits, including 700 tons of strawberries, 220 tons of raspberries, 115 tons of redcurrants, 60 tons of blackberries, 30 tons of blueberries and 9 tons of blackcurrants). The frost episodes in the spring have not had any impact on our small fruits this year.”