The start of the outdoor watermelon harvest campaign marks the beginning of summer. The Agrarian Association of Young Farmers (ASAJA) has visited the area of Cuevas de Almanzora to observe the quality and harvest of the watermelon crops and to find out what the estimates for this campaign are. "This year we are starting the campaign with good expectations because there are no production problems, we have a good volume and excellent quality," stated Adoración Blanque, the president of Asaja Almeria. 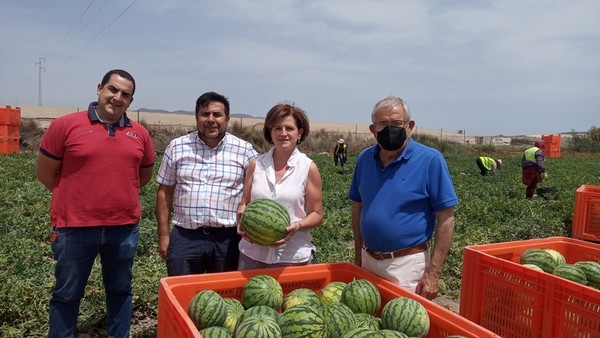 "So far, we expect favorable rates for the outdoor watermelon campaign, which started a week late due to the weather conditions in spring. As a result, farmers will start harvesting the product at the end of this week with relative calm and even stability, as prices, in general, are good at the moment, and they hope prices remain good throughout the campaign," stated Asaja Almeria.

"However, producers in this area stated the planted area has decreased by nearly 10% due to water scarcity and because the previous campaign was terrible in terms of prices paid to farmers and their profitability. Producers are also stressed about the 30% increase in costs, although they estimate that, after this favorable start, the campaign's balance will be positive." 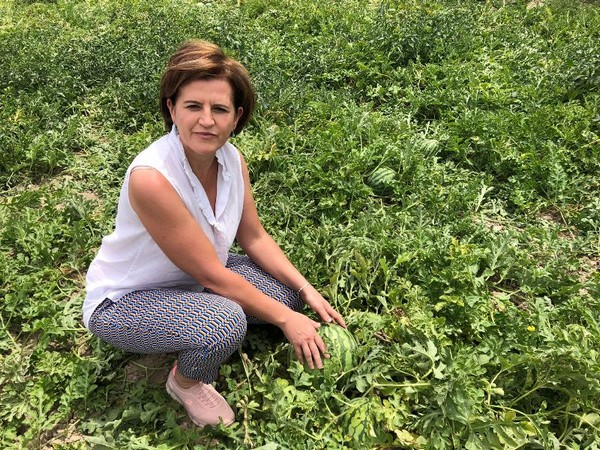 The white (striped) and black watermelon continue to prevail because of their endurance in export and great flavor. "This visit allowed us to verify the magnificent quality of this harvest. We expect the price of these first cuts will be favorable and we hope prices remain at this level throughout the campaign," Adoracion Blanque stated. The campaign in the area of Cuevas de Almanzora will last for about a month, after which it will continue in the area of Murcia and Levante. ASAJA recalled that the outdoor watermelon campaign in Almeria will run until August, so there is still a lot of product to be collected.