The Japanese plum is a very important product for the Spanish region of Extremadura, the main producing area in Europe, although, for various reasons, it has been losing value and market share.

"In addition to the fact that there is still an abundance of varieties with little flavor on the market, another of the main causes of the plum losing value is the premature harvesting of the fruit, demanded by the market itself," says Luis Aliseda, director of the R&D center of the Extremadura-based breeder Viveros Provedo.

"It is a recurring problem that, unfortunately, has continued to be observed in recent years, and it seems that this year it will be exacerbated by the overall lack of stone fruit in the country. However, I understand that it can be difficult for a producer to say no when there is demand from the commercial channels and prices are attractive, since during the campaign there is no security or stability in the market." 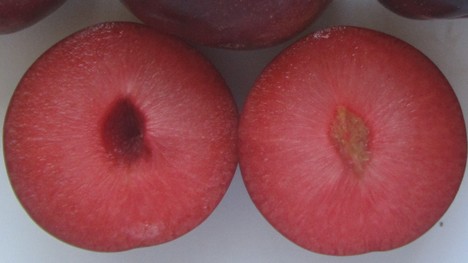 "Besides, large retailers aim to put products on their shelves that last a long time, often irrationally, considering that these are perishable. We have to bear in mind that, in summer, plums compete with melons and watermelons, as well as other stone fruit species. If consumers buy them and don't enjoy them, they won't repeat their purchases, but look for alternatives. This lack of flavor has led to a significant loss of market share in recent years. In fact, in recent years, a significant number of plots devoted to this crop have been uprooted due to poor results in terms of profitability," says Luis Aliseda. 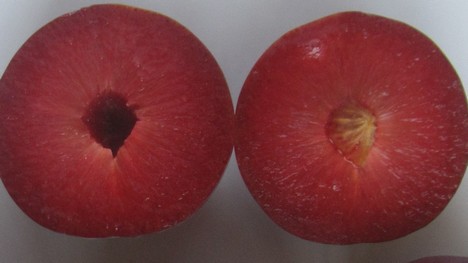 That is why the company has been working for years on a variety program with plum and apricot crosses, to ensure a great flavor for the consumer and allow producers to have a productive plant which also yields fruit that is firm enough for the retail. 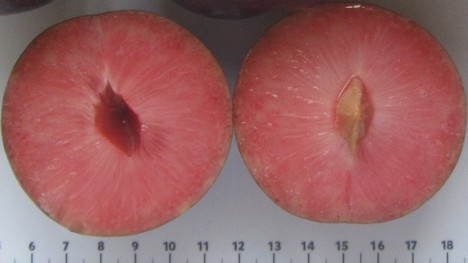 "We have just obtained a number of high-flavor varieties with at least 17 degrees Brix, a strong aroma and harvested from late June to late September, with a gap in the harvesting schedules of one or two weeks between varieties. These are mainly red-fleshed varieties, although there are also some yellow-fleshed ones. When the variety offers an extraordinary flavor, the color of the flesh becomes less important," he says. "We want to bring plum consumption to the same level as that of table grapes or melons by giving the consumer purchasing security," he says.

Recovering lost ground in the yellow plum market
Another important development for Viveros Provedo is being carried out with yellow-skinned plums, a classic product among Extremadura producers, although the sector has been guilty of supplying varieties with a too acidic flavor. 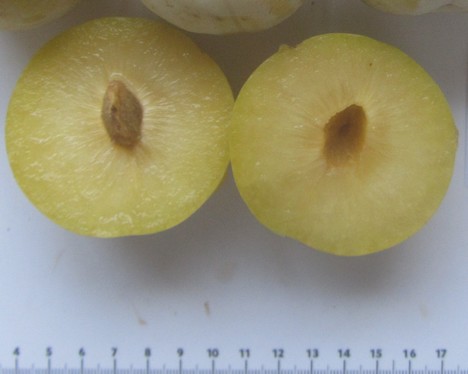 "What we have done is reduce the acidity and create the Blondy line, with varieties such as the early Blondy 79 and the very late Blondy Late. We have replaced the Golden Japan with the Blondy 79, which ensures larger calibers, more earliness and a good flavor. In turn, the Blondy Late closes the calendar in September with an extraordinary flavor," says the director of Viveros Provedo's R&D center.

"We want to recover the lost ground in the yellow plum market, so with these varieties we are correcting the weak points of the varieties currently available on the market, such as the problem of skin marking when handled during harvesting and in the packing plant, which is why many companies used to pack them in the field. These new varieties are more industrializable and can be passed through the sizing belts with complete peace of mind as soon as the fruit begins to ripen, as the skin remains very firm."

The company is working to finalize the catalog of varieties that will complete the harvesting calendar. "We have preferred to start by complementing what's already good on the market by extending the supply with more quality," says Luis Aliseda. 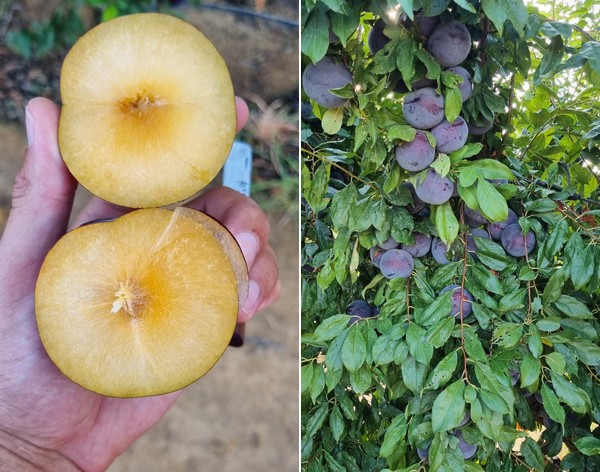 "The Suprangelex is identical to the Angeleno when it comes to storage characteristics, but it has a larger size, a more flattened shape and a higher Brix (around 17 degrees), and it ripens about 15 days later. In no case does it replace the Angeleno; it will serve to accompany it and extend the campaign."