An early start to the blueberry crop

"The soil of Zimbabwe seems to be magical for blueberries” 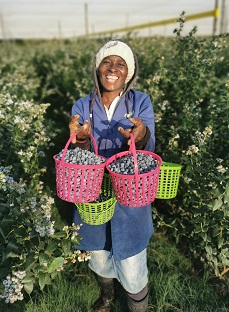 Delecta Fruit’s Zimbabwean blueberry season has been underway for three weeks: the first berries are of excellent quality and size, flown out from Harare to high-value markets like the Far and Middle East.

As volumes increase on the smaller size berries, programmes to the UK and EU will get underway.

"The past couple of days have been cooler in Zimbabwe, keeping growers on their toes. Last season some Zimbabwean blueberry growers lost up to 60% of their crop to frost, but several growers have invested in and installed frost fans which take a big load off their shoulders," says Rossouw Lambrechts, blueberry account manager at Delecta Fruit.

Zimbabwean soil works its blueberry magic
The performance of certain old varieties of blueberries in Zimbabwe has turned out to be an eye-opener, Rossouw notes, especially of those generally regarded as old, substandard varieties. 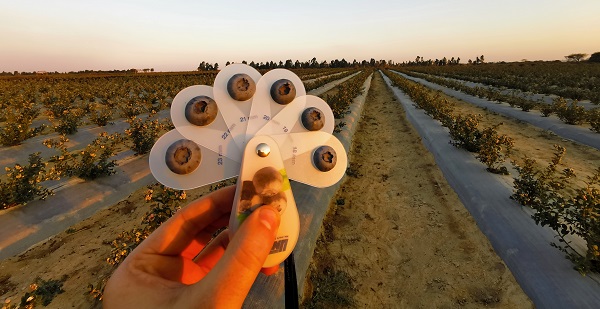 Through client feedback, the eating quality of varieties like Ventura and Biloxi from Zimbabwe versus other origins is unbelievable, so much so that some UK retailers have upgraded it to a higher value tier – "a very pleasant surprise," he says.

For growing blueberries, the soil of Zimbabwe (and its clean water) seems to be magical, he remarks, and Zimbabwe has been making a bit of a name for itself in blueberries.

"The number of new growers in Zimbabwe are rapidly growing. We expect to triple our exports this season. It is from a small base, but the success of the previous seasons shows great potential. There seems to be a lot of growth and healthy expansion happening currently on blueberries." 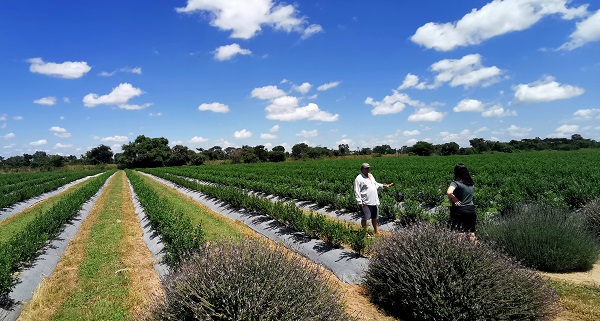 The Zimbabwean harvest runs from week 20 until week 45 (with sea freight from the end of July, utilizing South African ports like Durban and Cape Town). 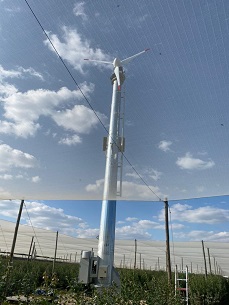 Zimbabwean growers face a unique set of challenges in accessing their funds, and their operational cash flow is often under pressure to procure things like frost fans or packaging material.

Rossouw notes that it’s incredible what Zimbabwean growers manage to achieve with the cards stacked against them.

"When you visit their farms in Zimbabwe, it looks similar to some of the best farms in South Africa," he remarks.

"Their farms are well-maintained, their irrigation setups are state-of-the-art, and the coldrooms are neat and fully accredited. It truly is something to behold."

There’s some late competition from the last Spanish and Moroccan berries which won’t be in the market for much longer.

“We’re already seeing some Peruvian fruit, some early Portuguese, and some from Romania, Azerbaijan and Serbia. Ukraine’s harvest also competes with Zimbabwe volumes, but whether they’d be able to get it out, remains a question. Not one country is currently dominating the market and hopefully, Peru sticks to supplying the USA for longer before spilling over to the Far East markets.” 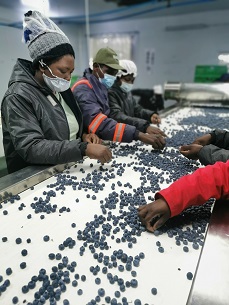 Delecta’s South African blueberry volumes are planted in the Western Cape, where the blueberry harvest will start around week 35. Rossouw says they’re excited about the newer Topfruit varieties that are currently reaching maturity, especially their performance in the UK and EU markets.

Western Cape blueberry growers are concerned about the gradual decline of returns for blueberries. Unfortunately, most of the Western Cape growers produce blueberries during a period when Peru is in full production.

“The combination of a full market and unsound arrivals is a recipe for financial difficulty. Any time after week 40 until week 12, the world is full of blueberries, first from Peru and then from Chile, and Western Cape blueberry farmers come in during that period.”

He maintains that the extremely efficient supply chain in which blueberries are picked, cooled, transported, packed, and containerized all within a couple of days, is being ruined by a struggling ports system.

“Blueberries are an extremely sensitive fruit, with a very limited shelf life. They simply cannot handle the two weeks delay we experienced in the ports last season. Once loaded onto the vessel, the sea voyage could be another three to four weeks, meaning our clients receive a blueberry almost seven weeks old. That kind of delay is extremely costly to the blueberry industry,” he says.

Add to that the unseasonal rain experienced in the Western Cape last season, and the season went from difficult to impossible very quickly, he observes.