The stone fruit campaign is underway in the Spanish Region of Murcia with a harvest between 20 and 25% smaller than last year so far. According to the Association of Producers and Exporters of Fruit, Table Grapes and Other Agricultural Products (APOEXPA), the drop in production volumes will be lower with the mid-season and late varieties in Murcia.

"Generally speaking, the rainy weather in late winter and early spring has had an impact on the quality of the fruit, making the sizes smaller and making it necessary for more fruit to be discarded," says Joaquín Gómez, president of APOEXPA.

Although there are also fewer nectarines, peaches and flat peaches than last year, apricots are the most affected product, as about 40% of Murcia's production may have been lost.

The lower supply from Murcia, which is currently complemented by Extremadura's production, combined with a good demand in the destination countries thanks to some good weather conditions, is resulting in higher prices at this stage of the campaign. 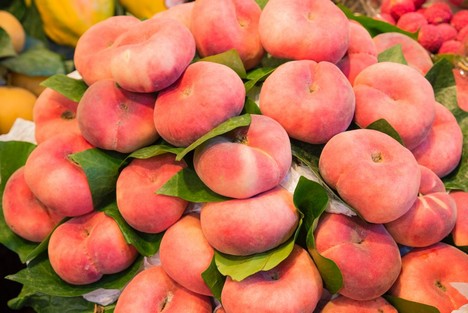 However, Joaquín Gómez said that "the sector is surprised by the lack of understanding from large-scale distributors in the face of the large increase in costs. There is no willingness on the part of buyers to assume the sharp increase in production, packaging and transport costs that we are facing. Right now, if prices are acceptable, it is only because there is less production. Profit margins are tight, as the sales prices are not making up for the lack of production, taking the costs into account."

The Region of Murcia will dominate the stone fruit supply in Europe until mid-June, when France, Italy and other countries of the Mediterranean arc expect their productions to be harvested. In Spain, no overlap is expected with the fruit from Lleida and Aragon, since their production has been strongly affected by frost.

Murcian growers expect to finish the month of June with good volumes, given that the campaign has started about a week late. The main markets for Murcian stone fruit will be within the EU, since shipping overseas entails too many risks due to transit times -longer than usual- and the high cost of containers.