The Hungarian cherry season has just started with good volumes and average prices on the local market, but with some uncertainty over what the markets in Germany and Austria will do. While growers were spared from direct frost damage, the colder spring weather took its toll with an average cherry crop of 10 000 tons estimated for 2022. 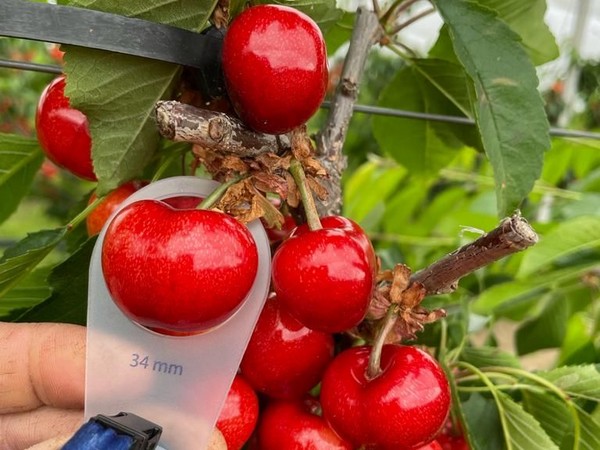 Peter Kelemen from the Medifruct cooperative in Hungary, growers of cherries, plums and sour cherries, says the Russian war in Ukraine is expected to have an impact in the buying patterns of consumers in their local and export markets.

“In certain orchards our growers experienced a heavy June drop. Most of us were relaxed as there were no severe frost events during the flowering, but this is a bitter realisation of the fact that four to five days of cold weather with little bee activity can take its toll. It looks like some cherry varieties are sensitive to this type of weather. That’s why we see this heavier June drop. Luckily we can still pick reasonable quantities here, with other locations less affected. While it’s difficult to say, we expect around 10,000 tons. In 2021 we harvested more than 8,000 tons. We expect an average year, with just a little bit higher volumes, but still below the average.” 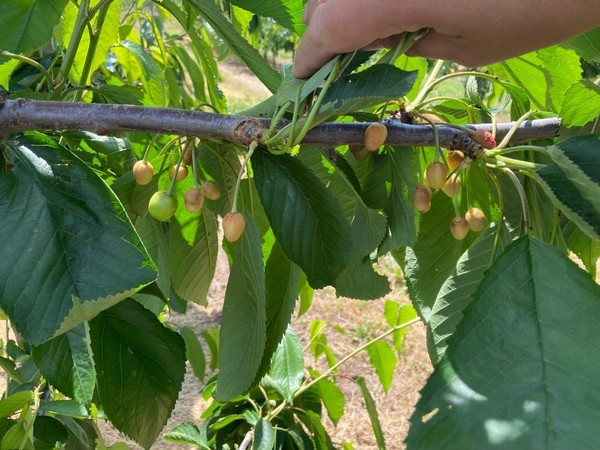 As the Hungarian cherry harvest has just started they already saw good volumes on the wholesale market. “Last year at the start of the season prices were higher than this year. We see an average price level, we cannot have an adjustment of prices to really fully cover the higher input costs. Traders, retailers, growers, everybody is squeezed by the higher cost increases. Big retailers have the ability to effect price increases. As growers we inform them and tell them about the situation. It is clear they see a supply and demand situation, in the end they take decisions on this and based on their own interest. They aim to buy for the same prices as last year or even try to pay less than last year,” explains Kelemen.

The Hungarian cherry season starts at the end of May, until 5 July. The peak season is between 7 until 20 June. “What we cannot forecast is how the war is affecting the consumption patterns in our key markets Germany and Austria. We are not sure if people will buy, as the first signals at the start of the season from these markets are not good. They key question will be the consumption patterns of people given the higher inflation. While my cooperative has not started sending cherries yet, we are hoping to start exports to Austria, Slovakia and maybe to Poland. Those markets are already saturated. Only Spain had a challenging growing season while both Italy and Greece have good cherry crops. We expect prices to be a lot more challenging in our export markets due to this,” says Kelemen. 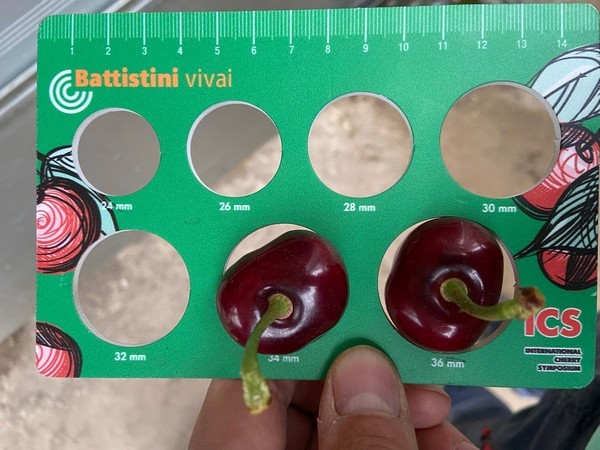 He also provides technical advice to cherry growers across Hungary who are part of their cooperative. Given the high establishments costs, which can easily be up to €80,000 for the investment, protecting the cherry crops is crucial.

“The most important and difficult thing to do is protect cherries against rain and frost. At the moment there are not a lot of cherries protected. Growers must consider the use of these kinds of technologies. Given the high investment costs there are limiting factors. Selecting the right pruning technique to allow labour to be more effective. Labour is short and more difficult than in other years. In cherries we rely a lot on seasonal labour. An average sized farm with 30 hectares of cherry’s and 40 hectares of other fruits will have 10 full-time employees but for the June harvest 80-100 pickers are needed for four to five weeks. These people are difficult to find for such a short time,” states Kelemen.